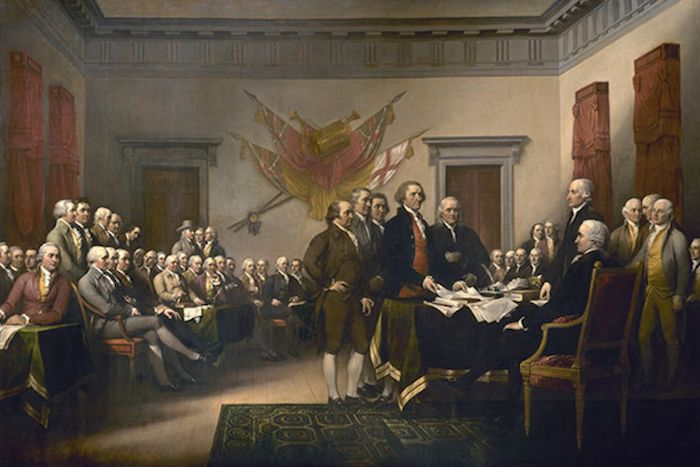 A celebration to thank the brave men and women who have fought so often and sacrificed so much to give our nation its independence.

On July 4, it’s good to look back at those brave patriots who signed the Declaration of Independence and brought freedom and liberty to the land they loved.

They were criminals, but not the common kind.

They plowed their fields.

They tended their stores.

They sailed their ships.

They dreamed of building a better world, a better place, a better life for themselves, for their neighbors, and their families.

A few were richer.

But they had become wealthy the old-fashioned way.

Very little had been given them.

And now they were on the verge of losing it all.

They were criminals because a man on a throne said they were.

They were merchants and farmers and plantation owners.

They believed in life, liberty, and the pursuit of happiness.

They would fight for freedom.

And that made them criminals.

So what exactly were their crimes?

They had signed their names to a piece of paper.

It would be known as the Declaration of Independence.

It would form a more perfect union.

It would serve as the backbone of a new nation.

And these men, these uncommon criminals, would pay a terrible price for their sins against the King of England.

They all realized – even before the ink had dried – that they might well be punished with death if they were ever captured.

And some of them were.

Five of the signers of the Declaration of Independence were tracked down by British troops and charged as traitors.

They were thrown in jail.

And so few of us remember their names.

A dozen of the men would see their homes ransacked and burned.

Two would bury their sons, cut down fighting in the Revolutionary Army.

Another received word that two of his sons had been captured.

His life would never be the same.

Neither would their lives.

Nine of the signers marched off to battle.

They had signed a piece of paper that led to war.

They would not let the war be fought without them.

The times were hard.

A hail of bullets raining down upon them.

All nine would die.

Did they have any regrets?

No one will ever know.

But they stood tall when the time came to take a stand.

Carter Braxton was a wealthy planter.

He depended on the seas to ship his produce, and he watched the British sink his ships.

He would be forced to sell his home to pay off his debts.

He died clad only in rags, the only things he owned.

His family was constantly on the move, always in hiding.

His possessions were stolen.

But he died free.

British troops came and drove John Hart from his wife’s bedside as she lay dying.

His thirteen children fled for their lives.

His fields were burned.

His gristmill was destroyed.

For more than a year, McKeam lived in caves, on the run, one step ahead, no better than a rabbit fleeing a fox.

When the war ended, as most wars do, he had no home.

He had no wife.

He never saw his children again.

He had no idea what had happened to them.

Before the Battle of Yorktown, British General Cornwallis moved his headquarters into the fine and regal home of Thomas Nelson.

Nelson set down with General George Washington and told him to fire on the house.

But it will be destroyed, the general said.

Then it must be destroyed, Nelson said.

When the sound of gunfire died away, the house lay in ruins.

But Cornwallis had surrendered and America was a free country. To him, nothing else mattered.

Those fifty-six men who signed the Declaration of Independence gave so much, suffered so much, and lost so much.

But we thank them and honor them each July 4 – just as we thank the brave men and women who have fought so often, sacrificed so much, and died so unselfishly to make sure our freedom is a precious gift we can never afford to ignore or lose 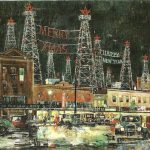