Where are Momma’s Pills? A Review of Dementia Beyond Drugs, by G. Allen Power, M.D.

I can’t tell you how much I loved this book.

In connection with my blog about Alzheimer’s related issues, I contacted Richard Taylor, Ph. D. via email.  Dr. Taylor  is a person with Alzheimer’s who has spoken extensively about Alzheimer’s from the inside out. In addition to arranging an interview with him, I asked if he could recommend other people in the AD-related field that he considered good resources for me to pursue.  Al Power was the first name on the list.

Now that I’ve read Dr. Power’s book, I understand why.

In Dementia Beyond Drugs, Dr. Power calls for a full-scale re-examination of the way we relate to and treat persons with dementia in the US. He couples this with specific recommendations based on his twenty-five years as a board-certified internist and geriatrician.  For approximately the last twenty years of his practice, he has worked in long-term care and rehabilitation.

“I wrote this book to empower everyone whose life or career has been touched by dementia to grow as partners in creating a better life for all involved,” Power says.

Partnering is a concept that runs throughout the book and lies at the heart of Power’s approach.  He prefers the term “care partner” to the common “care giver,” because he stresses the need for inter-relationship, give and take, between both people involved in the process.

And he makes a frontal assault on the “Pill Paradigm,” the medical approach to dementia that turns doctors into mechanics, patients into broke-down cars and facility staff into assembly-line robots.

Power juxtaposes an “experiential” model against the prevailing institutional one. He talks about getting inside the skin of the person with dementia, and re-structuring facilities and homes so that human values triumph.

“…the experiential model holds that well-being is not a function of cognitive skills, and that people may retain complex and integrative abilities far into their lives with dementia. People with dementia always remain unique individuals, and this uniqueness should be the driving force in their lives and their care.  Autonomy should be preserved as far as possible.”

Al Power is also a gifted guitarist-singer-songwriter whose music has been performed on three continents. Peter, Paul and Mary performed his song of elder autonomy, “If you Don’t Mind,” and Walter Cronkite used his song “I’ll Love You Forever” in a documentary on American families. Power sees music and the arts as a way to gain entrance to the “Secret Garden,” the world where a person with dementia retreats.

Dr. Power gives scores of real life examples where the experiential model has succeeded when others have failed.  One of my favorites is the story of “Alex,” a man who had become the problem patient in the facility.  Alex was a “sundowner,” a person with dementia whose mood worsens near the end of the day.  Every day after supper, Alex became belligerent, more than a handful for the staff. They had tried drugs to no avail. A visiting proponent of the experiential model asked the staff to role play about Alex.  The evening nurse begrudgingly agreed to play him.  After their pretend supper, she jumped to her feet and began to yell, “I want a line! I want a line!” Then it hit the nurse, he wants to make a phone call to his wife.  That night before Alex became agitated, the staff approached him and asked if he would like to call his wife. Alex jumped at the chance.  His wife told them that Alex had traveled for many years, but he called home every night to tell her good night. When the facility implemented the experiential approach, Alex’s “sundowner’s” vanished, as did his wife’s insomnia.

I learned a great deal from this book on many levels.  I know you will, too.

[This review first ran in November 2011, in the early days of the VG blog-SW] 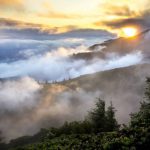