Warning: Use of undefined constant better_excerpt_length - assumed 'better_excerpt_length' (this will throw an Error in a future version of PHP) in /home/customer/www/calebandlindapirtle.com/public_html/wp-content/plugins/better-excerpt/betterexcerpt.php on line 59

What do we love so much about the Apocalypse?

Seems like the apocalypse is everywhere these days. Books. Games. TV shows and movies. And it’s not really a new thing. From the dawn of humanity, folks have been fascinated with the end of the world as we know it (some times more than others). Why is that?

I have a few theories:

Escapism
The world around is changing almost faster than we can keep up. The future is uncertain. The present looks pretty dicey too, what with economic upheaval, social and political unrest and natural disasters. On top of all that, we have our own worries: mortgage, kids, work, final exams. Sometimes, it gets to be a little too much and we need a break, a way to wipe the slate clean, or a big old cosmic do-over. Instead of Calgon, we want a nice, hot, bubbly apocalypse to take us away…

but only in our imagination, of course.

Hero Fantasies
This is probably just another aspect of escapism but I thought it deserved its own mention.

Most, if not all, of us want to believe that, deep down (sometimes waaaay down deep), there’s a hero just waiting for the right situation to show him/herself. Sure, I may be screwing up right-and-left in  the here-and-now but just wait till the apocalypse. I’ll show you then how super badass I really am.

Come on. You know you’ve thought about it.

Rubberneck Syndrome
It’s like the horrible car wreck or [insert reality tv show you’d blush to have others find out you watch] we can’t not look at. It’s part empathy, part curiosity and part thank-goodness-that-has-nothing-to-do-with-me. We don’t really believe the apocalypse will happen (at least, not on our watch) but we’re kinda scared it will and, either way, we just have to look at what could be.

It could be us.

Someday, in some way, it will be us.

Accepting the Inevitable
For every beginning, there’s an end (isn’t there a song about that?). That includes us. Unique among all other creatures (as far as I know), we humans are able to create a narrative of our existence and attach meaning to who we are and where we belong in the cosmic scheme. In fact, we have to have meaning and a cosmic scheme. Pretty sure the first stories around the first fire were about how the world began and how it would end.

On the individual scale, we’re all going to die someday. Apocalypse-as-entertainment gives us a safe way to play out all those fears.

Need for Perspective
Everybody has problems. Some of them feel like the end of the world. But what’s worse than the end of the world? Nothing. So, when things around us can’t seem to get any crappier, we can always say, “Hey, at least it’s not the apocalypse.”

Note: Don’t actually say this out loud. You’ll just jinx it for all of us. Then we really will have the apocalypse and it’ll be all your fault.

Hope
We know death is inevitable, not just for us as individuals but for our species, our planet, our universe. Some day, the lights are going out. But we want to believe the end is not really the end, that there’s hope for something beyond that. That everything will be made new. And the new world will be waaaay better than the old.

Who can say it won’t?

For me, my fascination with the apocalypse is driven mostly by the last. I’m an optimistic horror/post-apocalyptic writer. I believe that, whatever the universe throws at us, folks (or enough of us) are adaptable and courageous and that we can start over.

And, even if the world really ends, death is never the end.

Also, I do have some hero fantasies. If the apocalypse struck tomorrow, I would so tap into my inner badass…probably.

Super Cat will save you from the mean old zombies!

Why do you love the apocalypse or why do you think people are so fascinated with the end of the world?

Sonia G Medeiros is a writer of fantasy, science fiction, and horror. She’s the author of more than a dozen short stories and flash fiction pieces and is working on her first novel, a dark fantasy and a post-apocalyptic coming-of-age zombie thriller. When she’s not wandering along the tangled paths of her wild imagination, she wrangles home life with one fabulous husband, two amazing, homeschooled children, one part-alien half-chihuahua, a siberian husky/german shepherd/tornado mix puppy and two cats who battle each other for world domination. 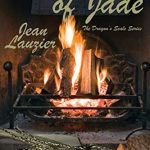 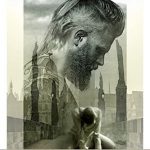