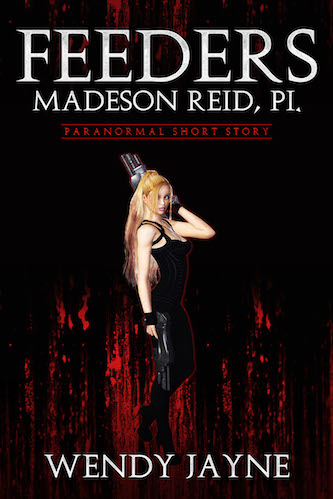 Go inside the literary mind of Wendy Scott and discover her writing secrets on an archived edition of Meet the Authors Broadcast and Podcast, hosted by Rob and Joan Carter of Indie Book Source.

As a child, I had a ferocious imagination and immersed myself in creating stories and poems. One birthday I begged for a chemistry set, sensing the promise of adventure from the glittering vials of copper sulfate and salt.

At that time, I didn’t know I was following in the footsteps of my grandfather who had studied science in Edinburgh in 1899. A further trace back into my Scottish ancestry uncovered an ancestor known as ‘the wizard’.

So I could also dabble with potions I gained a NZ Certificate in Science (Chemistry) and worked in a variety of laboratories (salt, meat, dairy, and wine) in NZ and Australia. The wine tasted the best!

During my 5 years in Adelaide, Australia, I completed several writing courses at the WEA. When my partner, son (5 months), dog and I moved back to NZ we lived in a house truck for 3 years while our off-the-grid house was planned and built. During this period I wrote on a solar-powered laptop and completed many correspondence courses from the AWA.

When I’m not glued to my laptop writing or engrossed in a book, I love walking my dogs on the wild West Coast beaches and trolling for sea glass, riding my bike, or going for bush walks. I always wished I could fly so maybe that’s why I love roller coasters.

I’m a connoisseur of coffee and chocolate and I counter my addictions with Box Fit and Spin classes. I believe life is an adventure and we should all live a life less ordinary.

Madeson Reid, PI, is tracking a killer, but her suspect isn’t hiding in LA’s underworld. Voted the sexiest vampire of 2078, Gideon, is the nation’s most popular reality TV show star.

Stripped of her laser blasters Madeson navigates the fusion of sub-cultures now populating downtown LA to find the truth.

The city’s a volatile mix of humans, vampires, and robots.

Her investigation plunges her into the political turmoil of the Vampire Rights Campaigners; who ask the question, “What defines us as human?” 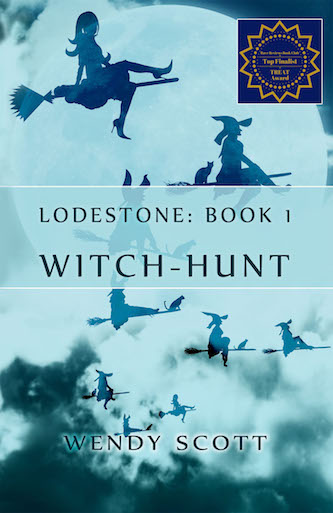 There’s a cauldron of trouble brewing in Valloaria…Download Lodestone today and strap on your broomstick –you’re in for a hell of a ride: The Witch-Hunt Series. Two tales entwine (excerpts below).

Sabrina and Lauren’s tales entwine – linked by blood and magic. Sabrina, a newly fledged healer, is thrust out of her sheltered life at Mistress Florisah’s healing school after the destruction of the witch-ancestor portraits.

An anti-witchcraft militia is poised on Karthalon’s borders threatening full-scale genocide, unless Sabrina, the last of Lauren’s bloodline, can destroy the Lodestone, and restore magic to Valloaria, but the Lodestone is buried deep within the heart of the Order’s headquarters.

Sabrina struggles to accept this suicide mission and is distracted by her inappropriate affection for Micah, a prospect monk. Lauren’s ghost haunts Sabrina’s dreams as her diary reveals the tragic events behind Lauren’s actions. With invasion imminent, Sabrina embarks on her quest armed only with a sliver of the Lodestone, and Lauren’s diary but how can a lone girl prevail against an army?

They attacked me alone, in pairs, and in mass with their witchy ways, but their magic fell short; I was immune. Blasts of power seared from their fingertips and stonework exploded above, below, and next to me, but nothing penetrated the brilliant glow of the Lodestone and they fell back, shrieking in frustration.

I glowered at those not fast enough to move out of me way and they vaporized in an orange flash, to black flakes that I trampled underfoot.

A shirtless youth, with his back to her, hummed as he brushed a dark horse. The horse was standing perfectly still as if the boy’s song had lulled him to sleep. Sabrina silently observed the prospect as he worked. He was tall with a slender build, but she could see the muscles in his tanned back and arms ripple with each stroke. His brown hair was caught up in an intricate knot threaded by two long feathers; one red, the other purple. She’d never met anyone like him before.

She shuffled forward to get a better view, but her brush whacked into the wooden partition. He whirled around and she found herself staring into the brownest eyes, framed by the longest lashes she’d ever seen. They gawked at each other for a moment before Sabrina rediscovered her tongue. “I … I was sent to care for your horses.”
He pointed with his brush, to the horses behind him and said, “I’ve finished the others. Only Alloni, the brown and white, needs attention.”

Sabrina scurried to the indicated stall. Where was his shirt? As if reading her thoughts, he casually reached down and grabbed a white shirt. Slowly, he pulled it over his damp shoulders and Sabrina hastily focused on the horse. Her strokes were a bit shorter and harder than she normally applied and the horse shifted beneath the brush. Before she could correct herself, strong fingers, radiating warmth, slipped over hers and a voice laced with musk, breathed into her ear. “Not so firm. Alloni likes long, languid strokes – like this.”

Heat blazed into spots on her cheeks as she followed his movements. After several strokes, he said, “That’s it, you’ve got the knack of it now.”

He released her hand and stepped away. Sabrina felt as awkward as a newborn foal so she kept her eyes averted and silently busied herself with the horse. From outside, a muffled yell filtered through the stable, and the boy said,

“Deakon wants me. Will you be all right finishing up?”

She didn’t trust herself to speak. “Ah-ha.”