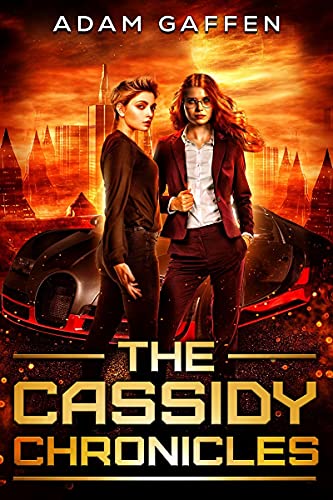 Go inside the fascinating mind of Adam Gaffen tonight, November 24, at 7 p.m. EST on Meet The Author’s Podcast, hosted by Rob and Joan Carter of Indie Book Source.

Adam Gaffen writes: “I was born in Maine, didn’t live there for long before my parents figured out that it was too bloody cold and moved south, all the way to Massachusetts. Grew up there and in Connecticut, lived in Maryland and Indiana for a while before moving back to Maine. Lived there for twenty years before I, too, decided the winters were too long. Of course, where do you go to get away from long winters? COLORADO! Naturally. Married to a wonderful, inspirational, supportive woman; between us, we have five kids, five dogs, and five cats.

“Every author starts as a reader, and the same is true for me. Some of the first ‘real’ books I remember are the Foundation series by Isaac Asimov, the Hornblower books by C.S.Forester, and Lad by Albert Payson Terhune. The, ah, let’s just say ‘eclectic’ nature of these first few began a trend that continues today, as I read just about anything. You want a list? Okay. In no order (except as they occur to me):

“Is the picture coming into focus? No? Exactly. There are way too many authors out there to limit myself to a single one, or even a single genre, though I do tend to return to science fiction.

“‘From these seeds did a mighty tree grow.’

“As for my writing, well, I’ve thrown a bunch out onto Amazon. There are a couple of Sherlock Holmes stories, a few horror-ish shorts, and then you get to my longer books: Refuge, a time-traveling take on vampire stories, and The Cassidy Chronicles. There are currently five volumes in the series.

The year 2113 is a post-modern America, after decades of warfare and the near-collapse of civilization, America is shattered into a dozen nations.

Aiyana Cassidy is a genius physicist who has stumbled upon a technology that will revolutionize the world. She makes contact with her old high school friend Kendra Foster-Briggs, who is an employee of a shadowy organization called OutLook.

Cassidy’s experiments at Heavy Lift Corporation (HLC) into teleportation cause many different players to begin tracking her down. Kendra and Cassidy set of on a cross-continental journey to find some answers.

In this steampunk novel, their travels take them on a continent-spanning adventure as we are introduced to a world of advanced technology, strange and unfamiliar landscapes, and new discoveries. 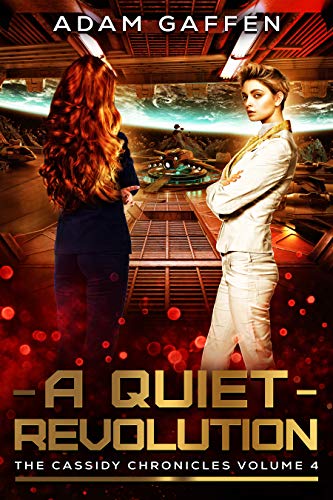 How do you end a war you want no part of?

Cass and Ken just want to get back to their plans for exploration. That doesn’t seem to be in the cards, though, so now it’s time to think outside the box.

If the leaders of Artemis won’t listen, maybe it’s time for new leaders.

New tools, new crews, new challenges, but the same Cass and Ken: they’re not going to let anything stop them! 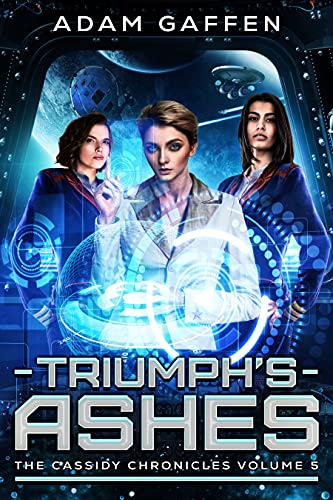 The Primus, Vasilia Newling, is facing her worst nightmares:

A revolution on Luna

Titan and the Asteroids abandoning the Solarian Union.

Defections from within her own government.

All because of those damned Cassidys!

But she’s still as ruthless as ever.

And if Aiyana and Kendra thought she was playing dirty before? They’re going to see how filthy she really can get.

There isn’t room for both the Terran Federation and the Union.

This time, one is going down.

Return to the future for the fifth installment of The Cassidy Chronicles: Triumph’s Ashes.

Please click HERE to find out more about Adam Gaffen and his books on Indie Book Source.