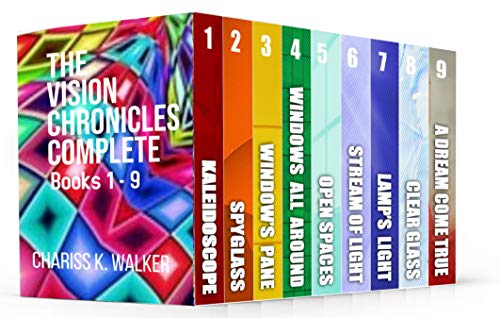 Is it a blessing or a curse?

Mike Lewis sees visions of the future and it might just get him killed!

Mike Lewis is cursed in some ways and blessed in many others. His psychic ability keeps him from having the loving family he’s always wanted. Mike has kept his ability a secret for many years and he fears that, if he tells anyone about his ability, it will put them in grave danger.

Yes, danger lurks at every turn because his mystical ability is so unique that someone wants to capture Mike in order to study his psychic ability, to find out how it works and if they can use it. They’ll do whatever it takes to further their covert agenda. If that means blood tests or dissection – if it costs him his life, they don’t care – not if they can use his gift to their advantage.

Mike boldly narrates his fantastical story and shares his secret with the reader as he struggles to stay safe and as he learns to protect himself. His greatest desire is to live a normal life, to have a wife and family, but that elusive threat prohibits him from having any kind of meaningful relationships.

The Vision Chronicles series is a slice-of-life metaphysical/visionary thriller story that details Mike’s changing psychic ability as he begins to accept his paranormal gift and evades those who doggedly pursue him. Once only seeing fragmented images of the future through a kaleidoscope, his visions become clearer as indicated by the titles in the series until finally, he can see everything clearly.

If you love mind-boggling suspense with a dash of paranormal and a touch of romance, this is the psychic suspense series for you!

One of the few Indie books (Kaleidoscope) I’ve started and could not stop, until the final page. This one hooked me and would not let go.

Written in the first person by a female, demonstrating a rare ability to convey, with amazing clarity and credibility, the thrilling story of a male character whose extraordinary ability torments him and nearly leads to his death.

I would recommend this book to anyone. I look forward to reading the sequel. 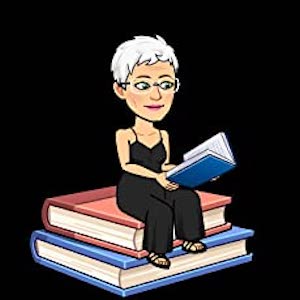 Sampler: From The Vision Chronicles

I had many questions about Casey’s involvement and thinking about confronting her caused my stomach to knot. I didn’t really want to rock the boat—I liked Casey too much. Still, I needed answers for several reasons. Even if she isn’t the one targeting me, someone has her in the crosshairs. My suspicions about who planted the listening device still rolled back onto her pretty shoulders. I had to know who was behind it.

I dressed carefully for the dinner date, choosing to wear dress slacks, shirt and tie, and a dinner jacket. Afterwards, I walked down the street to the bodega to buy a pack of cigarettes. I’d planned to catch a cab from there, but when I came out of the market, two men grabbed me from behind. A dark-colored van squealed out from around the corner, screeching to a halt in front of us. The men tried to force me into the van, but I kicked and punched my way clear of them. I used a heady rush of adrenaline and the moves learned from many years of sparring with Troy. It was the only training I had.

I heard bones crunch as my elbow connected with a nose. That man turned loose quickly enough and I focused on the other one. The man attempted a chokehold. I kicked hard, plowing my heel into the leg directly behind me. I’m certain I dislocated his patella. Both assailants cursed loudly and moaned. They were useless after that and I quickly took off towards home while the men dragged themselves into the van. It sped away in the opposite direction. When I got to the stoop of the brownstone, I was dazed. A myriad of questions rolled around my skull.

How the hell did that happen?

It had to be the bug Maria found. The men were connected to the listening device. That had to be it! They were the ones listening. But, what did they want? Had removing the bug ensured this desperate attempted abduction?

Dazed, I stumbled through the front door. The alarm sounded noisily, causing me to nearly jump out of my skin. I quickly closed the door to silence it and then went upstairs to the bathroom. My heart beat wildly. I couldn’t tell if I was hurt or not—I didn’t feel anything except a wild and crazy flood of adrenaline.

One look in the mirror let me know I was fine. The dinner jacket lapel was torn, my tie was askew, and there was a little discoloration on my left cheek. It was similar to a rug burn and caused by an elbow during the scuffle. I didn’t have any real pain and I didn’t see any blood. I was lucky this time.

Will there be a next time?

Of course, there will be a next time! Somebody had been listening. Someone was following. Someone wanted me and the information in the visions. It was exactly as I’d feared. It was why I’d never told a soul. Some secret or governmental agency found out about the visions—and they wouldn’t stop until they got what they wanted.

I changed jackets, straightened the tie, put a little antiseptic on my cheek and then went to La Palucci’s to meet Casey. It wasn’t her fault and I wouldn’t keep her waiting longer than necessary. When I got there, she wasn’t there and didn’t show. She didn’t answer her phone either. I sat at the bar and sipped a scotch neat for over an hour, waiting. I only drank the one scotch, although I ordered two to keep the bartender happy.

I fidgeted and worried over what I knew and what I didn’t know. I considered that maybe the listening device was about Casey. Maybe the two men were sent by an angry jilted lover. Maybe Casey really did feel the same connection I felt towards her. Maybe everything that had happened could be easily explained. Maybe—and maybe I just wanted to believe those things.

The answers eluded me and the questions drove me crazy. It didn’t help that her phone went straight to voicemail.

I wasn’t aware that I’d previously blocked the sixth sense long before Adom tapped me on the forehead. I didn’t know that the consequence of that action limited my ability to grasp and understand serious personal matters.

For a man with an above-average intelligence, I often found myself going round and round looking for a solution that would’ve seemed obvious to anyone else. It was the price paid for my rash, youthful decision. I was like a rat in a maze, running, running, and never finding a way out.

Finally, realizing there weren’t any answers sitting at the bar, I went home. It was too early for bed, so I paced back and forth… I needed to figure this out, but everything took me in circles without any answers or an end in sight.

The doorbell chimed and I checked the security monitor before answering it. It was from Casey. She appeared to be tipsy, swaying slightly as she looked expectantly at the camera above the doorway. Then, she smiled alluringly as if she could see me watching her. When I answered the door, she laughingly fell into my arms.

I pushed better judgment aside and lifted her effortlessly in my arms. I took the stairs two at a time as I carried her up to the bedroom. Casey giggled and kicked off three-inch heels before we got there. The slinky dress slipped to the floor and my worries fled with it—at least for now.

Please click HERE to find the boxed-set of The Vision Chronicles on Amazon.