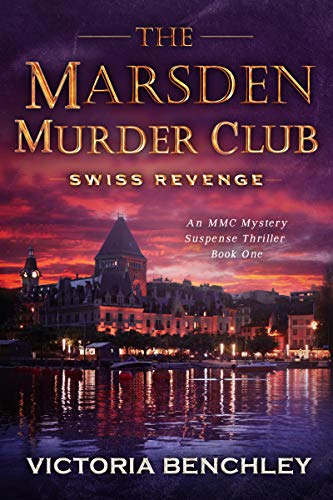 Suspense thrillers laced with faith, inspiration, and twists that will keep you guessing until the end.

Victoria Benchley’s recipe for writing fiction includes the right amount of mystery and suspense, a dose of thrills, a pinch of romance, a dash of humor, and a heaping cup of quirky and charming characters with a smidgen of creepiness to taste.

She lives with her husband of over twenty years and their two children on the West Coast of the United States. She grew up reading the classics and counts Dickens and the Brontë Sisters as her favorite authors.

After a career in corporate America, Victoria chose to focus on family, writing and traveling. Her novels are PG-rated, so all ages can enjoy them. 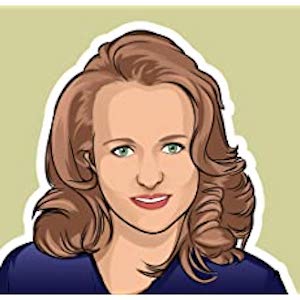 The hunters are now the hunted.

Sheltered Charlotte Swain lives with bitter regrets. The uniquely talented teacher receives the opportunity of a lifetime when invited to join a mysterious organization, but she never imagined that facing a serial killer would be part of the deal.

After passing the initiation, she finds the group’s eccentric associates less than forthcoming. Who or what is the Marsden Murder Club, and why do its members keep dying?

The Marsden Murder Club solves cold cases. After years of anonymity and success, the Club finds itself in a murderer’s crosshairs. They’re betting fresh, new recruits will be their salvation. They could be dead wrong.

Because when dealing with a serial killer bent on revenge, it’s kill or be killed.

Set against the Montreux Jazz Festival and the Swiss Alps, The Marsden Murder Club-Swiss Revenge, book one in the Marsden Murder Club Series, is a psychological mystery suspense thriller laced with faith, inspiration, and twists that will keep you guessing until the end. 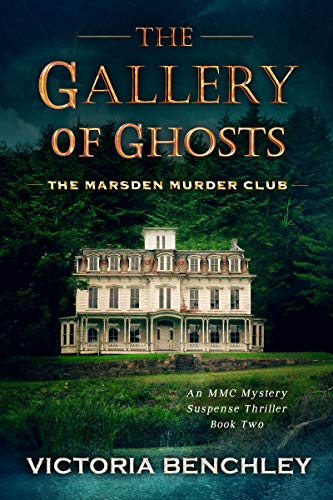 The Gallery of Ghosts

When the dead speaks, she listens.

Traumatized, Charlotte Swain is either ready to solve a cold case murder or she’s on the verge of a breakdown.

The uniquely gifted young teacher has become a new woman.

She’s pursuing her doctorate. She sees a therapist. Paintings and old photos speak to her.

When a photojournalist from a prominent family is killed in the Hudson River Valley, the Club summons Charlotte to a remote inn to catch his killer.

NYPD Detective Harrison joins the hunt, and sparks fly with the fragile teacher. Do strange events point to the supernatural, as claimed by local Native American legend?

Charlotte discovers less separates her from the here and now and the hereafter than she knew, and one false step could spell her own murder. 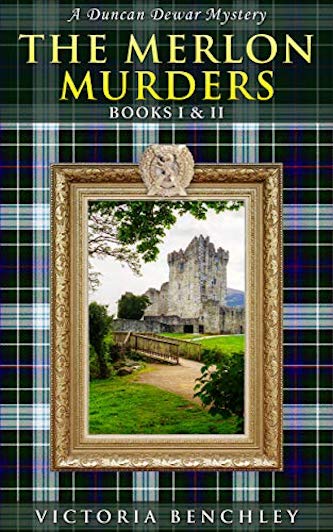 When hotshot insurance investigator and math genius Duncan Dewar decides to head a policy inquiry, he has no idea what he’s soon to encounter.

Hoping to learn more about his ancestry, Duncan is drawn to the village of Taye, Scotland, where the trajectory of his life will be altered forever.

Was the laird of Castle Taye accidentally crushed by a merlon from his own battlement, or are more sinister forces at work?

Is the alluring widow and beneficiary of eleven million pounds innocent or to blame? Is a ghost seeking vengeance against members of Clan MacNab for the slaughter of her loved one hundreds of years ago? Will Duncan be the next victim of the merlon murders?

Follow Duncan on a tour of breathtaking Scotland as he navigates through relationships with the villagers of Taye in his quest for answers. The Merlon Murders is the beginning of the Duncan Dewar Mysteries Series. 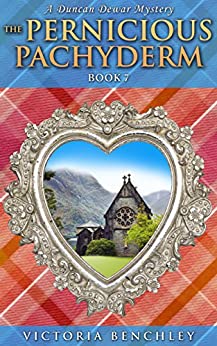 When a boutique circus arrives in Taye, tourism is on the rise, but so is murder. Preparing for his upcoming nuptials and refurbishing his cottage aren’t enough to keep Duncan occupied.

A gruesome crime intrudes on the idyllic village, and as the detective becomes embroiled in the murky case, a specter from the past returns, threatening his happy ending.

Can Duncan absolve an elephant accused of killing his ringmaster?

Can he find the real killer before he or she strikes again?

Will a jealous spirit from ancient Clan Neish hinder the Scotsman’s wedding and harm his fiancée?

Suspects abound as Dewar returns, joined by the usual cast of family and friends and several newcomers in his latest mystery set in beautiful Perthshire, Scotland.