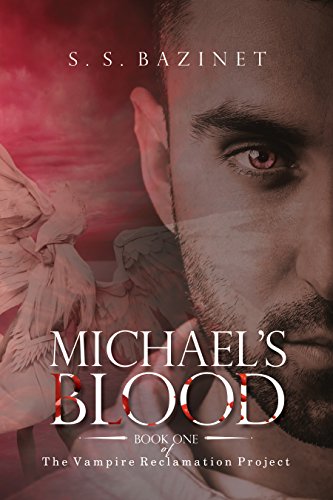 It is a wonderful blend of the human and spirit realms with incredibly well developed characters and the perfect touch of humor.

S. S. Bazinet says: “My fondest wish is that my stories entertain my readers and also provide them with moments of clarity and a deeper connection to themselves.”

She has succeeded in The Vampire Reclamation Project series,

A vampire named Arel is hell-bent or more precisely, heaven-bent, on freeing his soul! His plan is simple. He believes that he can reverse his cursed condition by ingesting a little angel blood.

Michael, an incarnate angel and Arel’s friend, advises that the remedy could be hazardous, but Arel is determined to take his chances. He won’t entertain the thought of what terrible consequences could be in store for him.

After the deed is done, Arel and Michael join forces to control what’s been unleashed in Arel, but the blood coursing through Arel’s veins is always a step ahead of both vampire and angel. 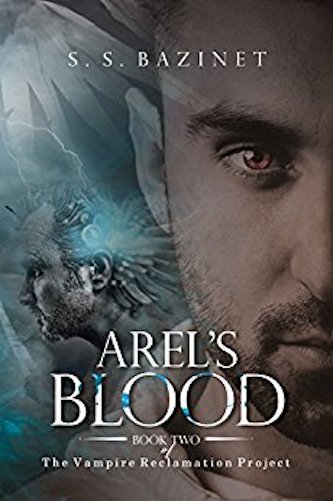 After receiving angelic blood and overcoming his cursed condition, Arel continues his quest to find true fulfillment and the power to go beyond anything he dreamed possible.

His hopes of succeeding are suddenly dashed when William, the vampire who was responsible for Arel’s original condition, seeks him out. Their ill-fated reunion challenges Arel to find his true strength if he is to succeed in overcoming the darkness they once shared.

But when he’s consumed with a need for revenge, things spiral out of control. Instead of using Michael’s angelic gift to triumph, Arel runs the risk of using its power in a way that will ultimately damn him once again. 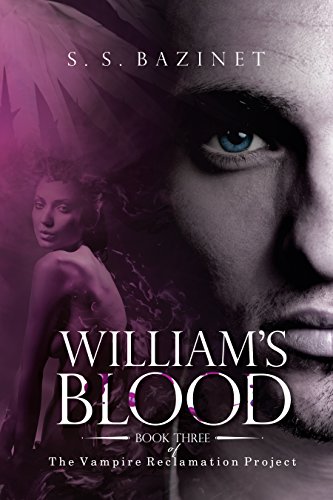 In book three of The Vampire Reclamation Project series, William continues to struggle with the devastating effects of Arel’s blood. When he fails to rally physically, he finds peace. However, his tranquil state is short lived.

He soon discovers that Arel’s powers over him extend beyond this world. In order to regain any sense of freedom from Arel’s obsessive needs, William is forced to seek out the assistance of Rolphe, the vampire who originally made him a creature of the night. He discovers another ally when he meets a woman named Annabel.

He’s immediately attracted to her, but he doesn’t realize that he’s falling for an angel who’s taken on human form. Will he survive further interference from Arel? Will Rolphe turn out to be a lethal threat rather than a savior?

Will William open his heart to Annabel only to have it broken? 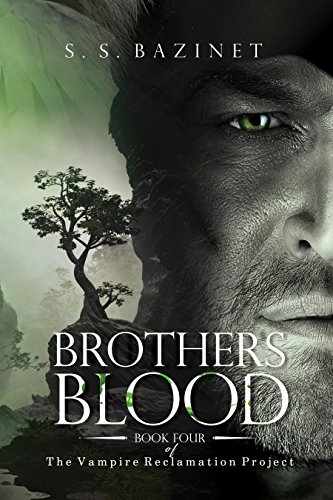 In the fourth book of THE VAMPIRE RECLAMATION PROJECT series, Arel faces his worst crisis. After some near-fatal blunders, he fears that his incredible powers exceed his ability to handle them responsibly.

Trying to avoid any further damaging situations, he contemplates using death as an escape route. His death wish is quickly overruled when one mistake comes back to haunt him. He’s passed on Michael’s angelic blood to a vampire named Rolphe. At the time, he believed the blood would destroy Rolphe’s vampire powers.

Instead, Arel realizes that he’s unleashed a much more lethal monster on the world, one who has no intentions of letting go of his vile nature.

As Rolphe’s bloodlust escalates, he’s determined to kill William, Arel’s closest ally and a person Arel considers his brother. The threat leaves Arel with the only choice. He has to wage an all-out war on the depraved vampire.

As the story unfolds, Arel questions not only his own flawed nature but humanity’s place in creation. In a strange twist of fate, he feels compelled to engage in an epic battle in an alternate world, one that pits good against evil. 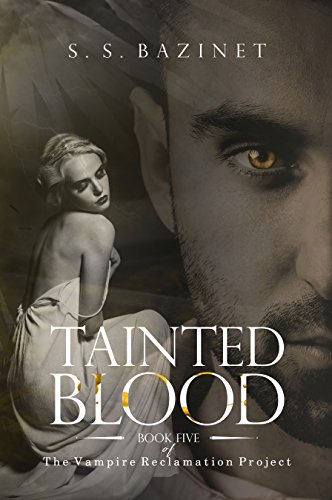 Tainted Blood is a love story! Ex-vampire Arel believes that he’s ready for romance and a relationship with the woman of his dreams. He thinks that his search is over when he meets a gorgeous woman named Claire.

However, perfection comes with a staggering price. Determined to pay that price, Arel makes plans to marry Claire even if it means giving up all that he holds dear. When a second woman named Elise comes into the picture, Arel is confronted with his choices.

After being alone and single for a very long time, he suddenly has two women vying for his heart and maybe even his soul.