The literary vampire has a blood-sucking history.

Novels about vampires good and bad, lonely, lost, and lustful, male and female have taken the literary world by storm.

I sometimes think there is more blood than ink being spilled on pages these days, and, in movies as well as in books, vampires have become their own accepted genre.

They run in packs.

They often live in haunted castles, forbidden mansions, and sometimes on Wall Street.

They walk the dark streets.

They hide back in the shadows.

They flaunt their fangs with style and class in public.

But who started all of this blood-sucking business anyway?

I always thought it was Abraham Stoker – call him Bram for short – who unleashed the diabolical terror of Count Dracula coming down from the blood-stained and horrified mountains of Transylvania.

But I was wrong.

Way back in 1819, John Polidori wrote The Vampyre while spending the summer with poet Percy Bysshe and Mary Shelley, who happened to create Frankenstein.

It must have been one wild, wicked, and nightmarish summer for somebody.

Then along came James Malcolm Rymer, who developed a penny serial from the mid-Victorian period and called it Varney the Vampire, Reviewers called it lengthy and dreadful.

And, finally, by 1871, Sheridan Le Fanu published Carmilla, the saucy tale of a lesbian vampire who sought the blood of lonely young women in the night.

They all had their place in literature.

But mostly they were forgotten. 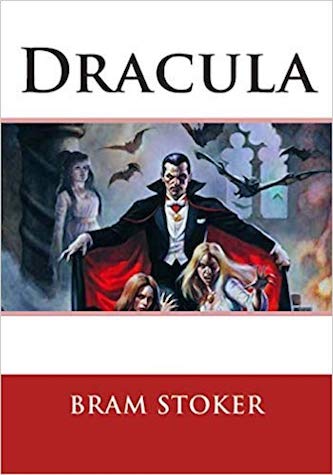 The king of the vampires even said in the novel: “My revenge is just begun. I spread it over centuries, and time is on my side.”

Apparently it is. To date, Dracula, as a character, has appeared in more than a thousand novels and two hundred films.

And Dracula won’t go away.

The book was originally titled The Dead and Un-Dead.

But Stoker thought better of it, changed the name to The Un-Dead, then settled on Dracula.

During the early stages of the novel, Stoker had created a count called Wampyr.

That could have been the novel’s death knell.

Who could ever be afraid of wimpy Wampyr?

But, during his research, Stoker became intrigued by the name Dracula, the patronym of the descendants of Vlad II of Wallachia.

It could mean dragon.

It could mean Devil.

And Vlad III was known as the Impaler, a ruthless man who, it’s said, killed from 40,000 to 100,000 of his closest enemies by impaling them on sharp poles.

He did away with criminals, political rivals, and anyone he considered to be “useless to humanity.”

Vlad the Impaler was worse.

Bram Stoker, some believe, was also influenced by stories of a Hungarian Countess who tortured and killed as many as seven hundred young women so she could bathe in their blood, believing that it would preserve her youth.

Critics loved Dracula when the novel was published.

The Daily Mail proclaimed that Dracula was classic Gothic horror and reported that Stoker’s writing was far superior to the literary talents of Mary Shelley, Edgar Allan Poe, and even Emily Bronte.

The reviewer said, “In seeking a parallel to this weird, powerful, and horrorful story, our mind reverts to such tales as the Mysteries of Udolpho, Frankenstein, The Fall of the House of Usher . . . but Dracula is even more appalling in its gloomy fascination than any of these.”

Sir Arthur Conan Doyle, the creator of Sherlock Holmes, sent Stoker a letter, saying, “I write to tell you how very much I have enjoyed reading Dracula. I think it is the very best story of diablerie which I have read for many years.”

He wrote eleven more sensational novels, including The Jewel of Seven Stars, but only the vampire Dracula would survive the ages. The novel did not become popular until long after Stoker’s death.

A theatrical production of the story was presented in the Lyceum Theater, but it lasted for only one performance. Dracula, in reality, did not become popular until the story was adapted as a 1922 motion picture named Nosferatu.

The novel was not a best seller for Bram Stoker. It was barely a seller at all.  During the last year of his life, the author was so poverty-stricken that he had to petition the Royal Literary Fund for a compassionate grant.

By 1913, his widow, destitute and desperate, sold Stoker’s notes and outline of Dracula at a Sotheby’s auction.

It is fascinating to read what literary and cultural scholars have thought about the novel over the years. One said Dracula represented anxiety over colonialism and racial mixing.

One believed the novel was a response to the powerful New Woman. One wrote that Dracula embodied latent homosexuality.

And another saw the Count as a figure of monopoly capitalism.

Bram Stoker only thought he created Dracula as a vampire.

Vampires now occupy more space on more bookshelves than anyone – dead or alive or undead.

Please click HERE to find The Vampyre on Amazon.