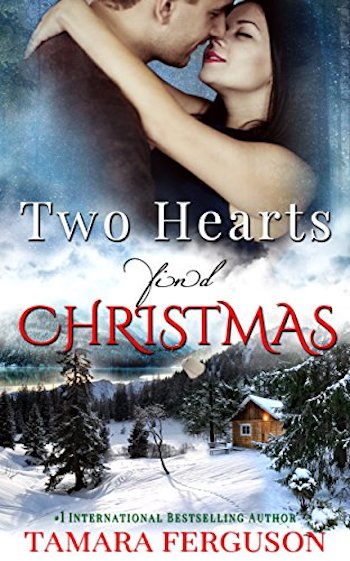 This entire series is sweet and romantic but it also truly makes you appreciate our men and women that risk their lives in the military.

Josh Loughlin, a blind wounded warrior, has returned to his hometown of Crystal Rock, Wisconsin at Christmastime. As a teenager, Josh was part of a ring of thieves operating in the town of Crystal Rock and run by his father. When his stepbrother is forced to tolerate the mental and physical abuse that Josh himself experienced as a teenager, Josh decides it’s time to stand up against his father, so he goes to the police, discovering his father is involved in even more nefarious activities than he’d suspected.

Under witness protection, Josh is given a second chance at a new life in the military, where he excels. But when he’s severely injured in combat, he decides to return to Crystal Rock for his rehab, reuniting with his stepbrother Luke, who was led to believe Josh was in prison.

As a teenager, Nina Chandler was a caregiver for her mother who was dying of cancer. Instinct had told her that despite the bike and tattoos, Josh wasn’t the bad boy he’d pretended to be. And when he saves Nina from near assault at Dragonfly Pointe they share a magical connection the week before Josh disappears, supposedly sent to prison.

Now a nurse at the wounded warrior home, Nina Chandler helps Josh confront the demons from his abusive past, and in the process she discovers the attraction she felt for him all those years ago has never gone away.

But does an attempt on Josh’s life mean that his tarnished past has finally caught up with him, or will fate allow Josh and Nina to find Christmas and the love that was meant to be?

Two Hearts Find Christmas is the fifth book in the Two Hearts Wounded Warrior Romance Series by Tamara Ferguson. Another great book in the series. This book in the series follows the story of Josh, who was given a second chance by going Into the military. He found a place where he could fit in.

After getting wounded during his service, he came back to Crystal Rock, to heal but realized it is going to be even harder to make amends for his mistakes. Nina was a high school student that was saved by Josh. They had a connection back then but then Josh disappeared.

Josh came back wounded and needs the help from Nina, now a nurse to get over his past. Will Josh’s past tear them apart or will a Christmas miracle bring them together?

Tamara Ferguson’s Two Hearts Wounded Warrior Romance Series just keeps getting better and better. Ms. Ferguson writes with such care about such a serious subject matter. Reading the story of Josh and Nina, will take you on an emotional ride, and has the perfect amount Of twists and turns.

Two Hearts Find Christmas can be read as a standalone but I highly recommend reading the series, it is well worth it. I cannot wait to read more by Tamara Ferguson.

5 stars for Two Hearts Find Christmas, Two Hearts Wounded Warriors Romance Book 5, by Tamara Ferguson. I have read all the the previous books in this series and I get so happy when I am able to read another book from this series and by this author.

Josh is back in Crystal Rock after getting injured just in time for Christmas. It’s been 15 years since being home. Trying to put an end to his father’s crimes, he joins forces, as a teenager, with law enforcement, with the promise that the people that he loves will be safe. After everyone is taken down in the raid, Josh gets a new name, and enlists in the Air Force.

Nina Chandler has always had a major crush on Josh. He saved her from being assaulted and she could never forget their magical kids at Dragonfly Pointe. When Nina comes back to Crystal Rock, she is shocked to see that her new patient is Josh. Will Josh be able to open his heart and let go of the past?

This entire series is sweet and romantic but it also truly makes you appreciate our men and women that risk their lives in the military. I can not wait to read the next installment of this series.