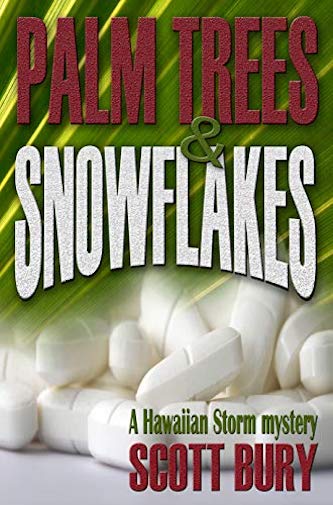 Vanessa ran past the Lexus, looking for the Harbor cop who had sparked the fight. Had he not heard her order to stand by? Or had he let nerves or macho bullshit get the better of him? Read an excerpt from Scott Bury’s new Hawaiian Storm mystery, Snowflakes & Palm Trees.

In Honolulu, where the palm trees are strung with lights for the holidays, FBI Special Agents Vanessa Storm and Alan Terakawa have their hands full trying to stop the deadly flow of snowflake, the newest designer drug.

Faulty intel brings the agents into a deadly firefight, which yields even more puzzles.

Time is running out to stop this lethal flood.

The remaining gunman jumped into the van as it began to accelerate in reverse, heading for the entrance to the pier and the street. Vanessa switched comms channels to contact the two Harbor cops who should have pulled their vehicle across the pier entrance to block it. “Suspects in GMC van heading in reverse your way. High speed,” she yelled over the squeal of the van’s tires. The Honolulu cops added to the cacophony by firing at the van. The chatter of automatic fire answered.

Vanessa ran past the Lexus, looking for the Harbor cop who had sparked the fight. Had he not heard her order to stand by? Or had he let nerves or macho bullshit get the better of him?

He was lying on his back beside the warehouse, in the light from one of the few overhead lamps. Alan Terakawa, all coiled muscle, knelt beside him. He had stripped off his shirt and used it as a combination tourniquet and bandage, pressing it into the cop’s thigh. Blood ran over his hands, pooling on the asphalt. “He’s hit bad,” the agent said.

“Paramedics are on their way,” Vanessa said. Something moved beside her, and she turned to see the tall man from the Lexus running down an alley between two warehouses. Walther in front of her, she sprinted after him.

The alley ended at a chain-link fence. The tall man leapt halfway up it and started climbing. “FBI! Halt now!”

She heard the van smash into the Harbor Police car. At the fence, she jumped and grabbed her quarry’s leg. He kicked, knocking her off. She landed in a crouch, her Walther pointed up. As he balanced for a second with one leg on each side of the fence, she could see his face: thin, young, possibly Asian.

“Don’t shoot!” said someone behind her, and she spun, gun in front of her. It was the Lexus driver, twenty yards away. He staggered, panting, toward her. “Stop,” she ordered.

The rattle of the fence and a thump on the ground told her the tall man was getting away. She glanced behind her and saw him running toward the street, but then Vanessa had to turn back to the driver.

Keeping her weapon aimed at his chest, she took the flashlight from her belt clip and shone it at his face. He looked like a heavier, older version of the man who had escaped over the fence. Father and son smuggling team?she wondered.

She heard sirens approaching. “Lie down, face down, hands behind your back,” she ordered. He hesitated. “Get down!”

He complied. Vanessa put the flashlight on the ground. Keeping her gun aimed at the man’s back, she managed to handcuff him with one hand, then helped him to his feet. She pushed her prisoner along the alley. He stumbled with almost every step and she cursed the delay, thinking of the Harbor Police officer bleeding onto the pier. 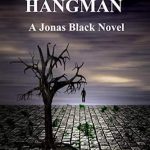 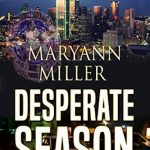 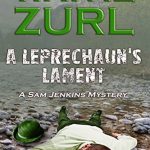 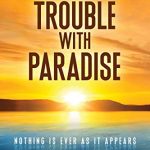