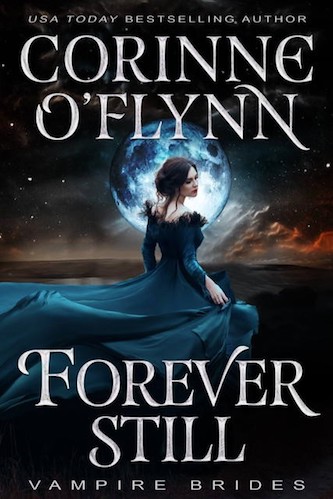 Memory is immortality’s curse, and love never dies. But it can be damn bloody.  Originally published by Best Selling Reads.

If there’s one thing I’ve learned after more than five hundred years on this earth, it’s that history always repeats itself, and usually in the worst way possible. So when Delilah checks in to my hotel, all the signs are there—she’s stunningly beautiful, achingly irresistible, and as history has taught me, one-hundred percent dangerous.

The last time I took a chance like this, it broke my heart and almost cost me my immortal life. I’ve managed to survive all these years by heeding the warnings my instincts raise. Ignoring them now feels foolish and short-sighted, but I can’t stay away; she’s everything my soul wants, history be damned.

With my mother’s ashes riding shotgun, and my loser ex-boyfriend passed out in our trailer in my rear view mirror, I am finally free. I’ve had enough of being told what to do and how to live. It’s time for me to take charge of my destiny on my terms and see what fate sends my way. When I stop in Lake Tahoe and Miles crosses in my path, it feels like fate is testing me to see if I will throw myself into the arms of the first guy I meet—just like I always do.

He’s beautiful, kind, and completely enamored—all the things I have never known a man could be. But how can I ever make a new future if I keep reliving my past? 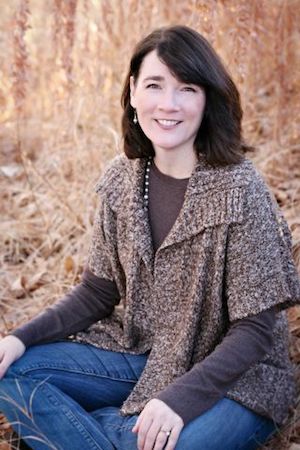 The singer of a country song on the car radio promises to make me the queen of his castle. With a name like Delilah Cecelia Elizabeth Rae Worthington, I should have been born a princess at least. But the closest I ever got to anything like that was growing up in Royal Hollywood Mobile Home Estates. Not to let the cliché end there, my father left when I was still in diapers and my mom chased one bad-news boyfriend after the next ever since.

Mama wanted to be an actress. She came to California like a bumpkin off the bus, and instead of working hard and going to auditions, she fell in with the party crowd and got into drinking and drugs. Then she got pregnant with me. I’m not disparaging her; she was always the first one to tell her story like that. She told me it was her cautionary tale about staying focused.

She’d always remind me about it while I was finishing high school, then when I was in college working on my bachelors in nursing.

“Nobody can ever take an education away from you, Delilah.” She’d poke her cigarette hand at me. “Don’t do what I did. You keep your head down and you work hard. Don’t give in to the temptations.” She said it like there was an official list of tempting things to be avoided. Maybe there is.

I did all right, in general. I finished school and I am a nurse, I don’t drink much, I don’t smoke, and I have never done drugs. But, in the boyfriend department… well, the spare tire doesn’t roll far from the mobile home.

My boyfriend, Earl—no royalty there either—isn’t much better than many of my mother’s choices. None of this comes as a surprise; I mean, when considering the potential role models of my childhood, the bench isn’t deep. He hit me so hard last night that I spun around. When I opened my eyes I was face-to-face with the two urns containing my mother and her fiancé, Cleveland’s ashes.

Something in me had snapped to attention as I stared at my mother’s urn. I heard her voice in my head saying, Stop this. Break away. You don’t have to live like this, Darlin’ D! And that’s all it took. I decided in that moment to change my life.

I’ve never been one to stress about choices. I make up my mind and I do the thing. So, I waited for Earl to get the beating out of his system, and then I dropped an Ambien in his beer when I served him his dinner. Once he was asleep, I cleaned my stuff out of our mobile home, packed my car full of everything it could hold, and I hit the road.

I don’t have a plan, and I don’t know where I am going to end up, but I do know one thing.

“That’s all behind me now.” I speak to my reflection in the rear-view and touch my fingertip to the bruise that’s been rising on my cheek all night. It’s a big one, damn it. I’ll need to get some makeup on that when I stop.

She is a productivity geek, graphic designer, ghostwriter, and the author of an ever-growing list of fantasy and mystery novels and short stories.

Married, raising four kids, she is the founder and executive director of a non-profit organization, and a professional napper. She also serves on the board for Rocky Mountain Fiction Writers (RMFW).

You can check out all of her books on her website or on Amazon.

Anyone interested in staying connected can sign up for her emails. Whether you’re a fan of mystery or fantasy stories, or a fellow busy human looking for ways to build your own productivity systems, Corinne O’Flynn invites you to join her as she shares what she learns on her adventures.