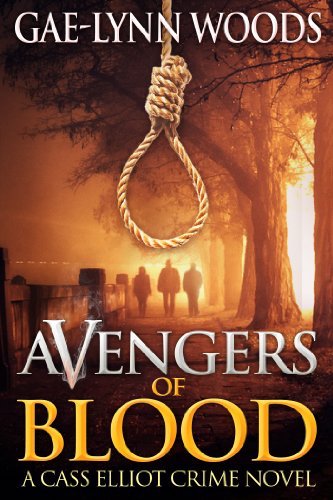 CASS WORKED STEADILY, PAUSING only to haul broken sections of cabinet to the backyard and toss them on a growing burn pile. The air conditioner had been off since she and Bruce started work early this morning, and the summer heat built as the day wore on, bringing a sticky humidity that caused the dust and grit from their demolition project to hang nearly motionless in the air. Cass stopped to wipe the sweat from her face and take a swig of cold water. It had taken the better part of the day to remove most of the wall and base cabinets from the kitchen, leaving only one cabinet squatting in the corner.

She had no complaint; sweat was her salvation. The physical work cleared her mind and her fears about the future wept out through her pores. She could forget about Mitch Stone and the pain she’d endured since that devastating night in the spring. Her dreams were still riddled with the image of his face as she’d seen it through the small window in the ICU door — pale, motionless, devoid of life. The phantom scent of a burning building caught her at the most improbable of times and alternate outcomes to that night played continuously through her mind. It had been over six weeks since she’d been suspended — the banishment, she called it — from the police department, and even though she’d found solace in hard labor and power tools, doubt over the outcome of the Firearm Discharge Board review had taken a toll.

Cass finished her water and slid the crowbar between the countertop and cabinet, jammed it home, and levered the top up. It sprang free with a shriek. Cass turned at a giggle to find a tiny ballerina watching.

Cass put the crowbar inside the cabinet and smiled at her niece. Phoebe was swathed in pink, from her ballet slippers and seashell pale tights and tutu, to her fuchsia leotard. Cass wiped the dust from a seat at the scuffed kitchen table and lifted the five-year-old to the chair. “You look gorgeous. What are you up to?”

“Why are you wearing your ballet outfit?”

“I’m a princess, Auntie Cass, and this is my gown.”

“Oh,” Cass said, as Harry entered, guilt on his face.

Harry pulled gingerly on the refrigerator’s duct-taped handle. He removed a pitcher of orange juice and poured glasses for them. “Do you remember the Martins?”

“Ah.” Harry and his estranged wife Carly shared an architectural and design business and were known for their innovation. Carly also had a well-deserved reputation as a diva, and the firm had lost several clients over her refusal to change her designs to suit the client’s wishes.

“I need to smooth things over and knock the designer off her high horse. Can you take Feebs to town?”

“Sure,” Cass said, glancing down at her filthy clothes. “When?”

“Class starts at seven-thirty.” Harry leaned down to kiss his daughter’s head. “I’ll pick her up. Thanks, Cass.”

She looked at the dusty kitchen clock as the screen door slammed shut. An hour and a half to go. “Okay Feebs, what’s next?”

“Right.” Cass ran a finger along the stove top and looked at the grit it gathered. “I’m not cooking tonight.”

“Good point. How about a burger from Chubby’s?”

“And a chocolate shake?”

Cass considered the fallout that would arise from the inevitable spatter on Phoebe’s pink ballet outfit, and decided that Carly’s wrath was well worth the price of retaining favorite aunt status. Even if it cost Cass a new leotard and tutu. “It’s not Chubby’s without a shake.” She touched her tangled hair. “I need a shower. Want to come upstairs and watch TV while I get ready?”

The little girl nodded and pulled a sparkling tiara from behind her back. “Mommy won’t let me wear it outside ’cause I might lose it. But it’s okay if I’m with you, right Auntie Cass?”

Cass recognized the crown Carly had received when she was named Fire Ant Queen years ago. It was a tacky thing made of paste jewels that formed hearts and something meant to resemble a fire ant. Her heart warmed at Phoebe’s transcendent grin as she settled the shiny crescent on her niece’s head, and she wondered only briefly how much a new tiara would cost.

When she’s not playing the roadie, tending to cows, fixing fence, or digging post holes, Gae-Lynn is working on the next Cass Elliot nov