Tom Boles has discovered more supernovae than any other person in history. Tom is a Fellow of the Royal Astronomical Society and a past President of The British Astronomical Association.

He was awarded the Merlin Medal and the Walter Goodacre Award for his contribution to astronomy.

He has made many television appearances ranging from BBC’s Tomorrow’s World to The Sky at Night.

During recent years he has given Enrichment Lectures on astronomy aboard Cunard liners, mainly their flagship QM2.

During these trips, he designed and presented shows using the ship’s onboard planetarium.

His experience as an astronomer inspired his stories. He lives in rural Suffolk where he enjoys dark skies free from light pollution.

When renowned scientists start dying, the scientific community is on full alert.

MI6 calls on Willis to use his background as a renowned astronomer to infiltrate the scientists to discover the truth behind the deaths.

The murders appear to be unrelated; their only connection is that they happened in scientific centres of excellence in Switzerland and the United States.

Who is doing the killing?

Why are they killing?

When Willis starts to uncover the facts, everyone is under suspicion… until they start dying.

The situation gets more dangerous as two hired assassins hunt him down.

Brad Willis knows that he must survive to find and stop their leaders. Their objective… worldwide economic chaos. 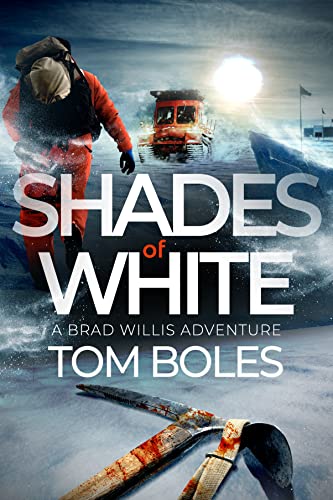 MI6 calls on Brad Willis to go to Antarctica to investigate powerful and dangerous radio surges.

Their strength cannot be rationally explained. They are interfering with experiments and instrumentation.

Laboratories have been damaged. People are dying.

Planes are dropping from the sky.

Who is doing this?

How are they doing this?

Murder and sabotage impede his investigations.

Brad Willis must stop them before the Antarctic base is locked down for the winter.

If he fails, everyone on the base will freeze to death.