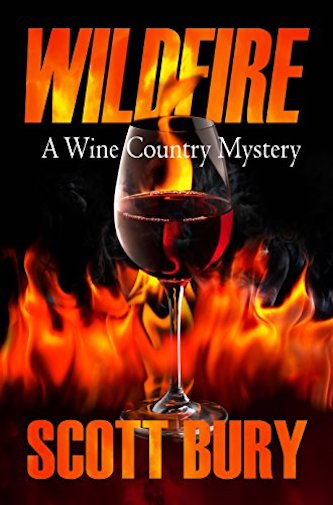 After a 20-year career in journalism, Scott Bury turned to writing fiction, and he can’t stay in one genre.

She has to evacuate with the rest of the staff of Sonoma’s most award-winning winery. When she returns, she finds her employer’s body in the ashes. 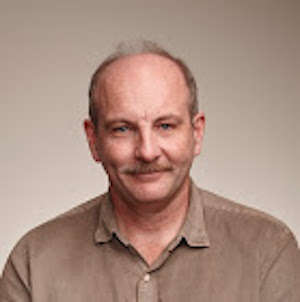 Roberto and Tara returned to the group standing beside their trucks. “There’s no gas and not much to eat or places to stay here,” Roberto said. “And the old-timer at the gas station says the 101 is closed north of Santa Rosa. That explains why Alan’s not here—he got caught on the other side of the highway after it closed.”

“Then why isn’t he calling us to let us know?” Nicole demanded, panic in her voice.

“Cell service is out,” said Greg, holding up his phone. “I have no bars.”

Nicole had her phone in her hand, and she hit the screen to try calling again. Tears cut through the ash and soot on her face as she paced, waiting for an answer. “Dammit,” she muttered when the error tone sounded.

“Let’s find somewhere to clean up,” Toby suggested. “Maybe get some water, something to eat?”

“Alan told me he knows the owner of a hotel around here,” Roberto said. “Nicole, do you know it?”

Nicole did not answer, just shook her head, staring at the phone in her hand.

“The man at the gas station said there was a hotel across the river. There can’t be that many in this town,” Tara said.

“Let’s check it out,” Roberto agreed. The two of them set off across the narrow steel bridge. Tara looked at the river flowing below. Water—that’s the key. I wonder if the river is much lower than normal. I can see a lot of rocks. Maybe it is.

“That must be it there,” said Roberto, pointing to a brown wooden building with a big “Hotel” sign on top.

“Wasn’t that hard to find after all.”

The hotelier was a large man with a white beard and a slight German accent. Wide eyes looked at Roberto and Tara over his reading glasses. “Twenty-three? Well, sure, but you’ll have to share. We have a bunch of writers here already, but they’re pretty quiet.”

“Great,” said Roberto. “I’ll bring them. I have a business credit card—”

The hotelier held up a hand. “No charge for fire refugees.”

“Really. I can’t take money for helping out in a disaster.”

Tara and Roberto returned to the group, who all looked unhappy and guilty. “Where’s Nicole?” Roberto demanded.

“She took off,” Rosa answered, looking down the road they had come. “She jumped in her car and went to find Alan.”

“We tried,” said Toby. “She wouldn’t listen. She kept phoning him and crying, and said she couldn’t stand waiting any longer. What could we do, tie her up?”

“Yes!” Roberto’s face was flushed, his nostrils flaring. “It’s way too dangerous to go back.” He ran toward the Ford, calling orders over his shoulder. “Go to the hotel—you’ll see it from the bridge. It’s all arranged.”

As he opened the truck door, Tara was at the passenger side. “I’m coming with you.” She opened the door and Charlie startled her by jumping in and moving to the back seat.

Roberto did not argue with either of them.

When they had left Monte Rio behind, Tara asked, “If the highways are closed, how are you going to get back to the winery?”

“There’s more than one way there. I know a lot of backroads.”

“If she doesn’t, she’ll end up back at Monte Rio.”

“Does Alan know them?”

“So he could be on his way there, now, and could miss Nicole.”

“Could be.” Roberto’s eyes remained focused on the winding road, his hands tight on the wheel.

“Do you really think he’s okay?”

Roberto did not answer.

Scott Bury can’t stay in one genre. After a 20-year career in journalism, he turned to writing fiction. “Sam, the Strawb Part,” a children’s story, came out in 2011, with all the proceeds going to an autism charity. Next was a paranormal short story for grown-ups, “Dark Clouds.”

His latest work is a military memoir trilogy: Army of Worn Soles, Under the Nazi Heel and Walking Out of War.

His articles have been published in newspapers and magazines in Canada, the US, UK, and Australia.

Born in Winnipeg, Manitoba, he grew up in Thunder Bay, Ontario. He holds a BA from Carleton University’s School of Journalism. He has two mighty sons, two pesky cats and a loving wife who puts up with a lot.

He is a recipient of Maclean Hunter’s Top 6 Award and a member of a team that won a Neal Award for business reporting.