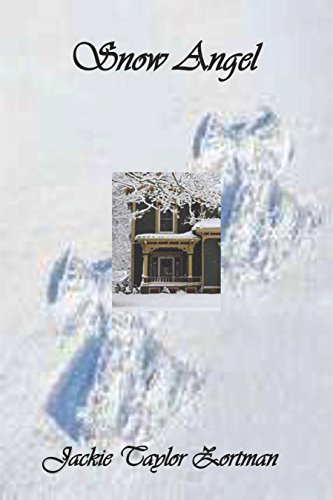 A secret about her that they never knew and connects them to an abandoned Victorian house in Snowflake, Colorado.

In this second Detective Max Richards book, he and his sister inherit their mother’s estate and find an old wooden box on a shelf in her bedroom closet.

It reveals a secret about her that they never knew and connects them to an abandoned Victorian house in Snowflake, Colorado where Max and his wife already own a remote cabin. During the Christmas holidays, they fly to Snowflake to investigate the abandoned old house.

Following their tire tracks in the snow, the Snowflake police chief introduces himself and quickly becomes part of their tight-knit circle of friends.

Max retires from his thirty-year homicide job, pulls up roots and moves to Snowflake. Unexpected twists and turns change their lives in ways they never dreamed.

Willow elects to tend to Clare’s bedroom, her clothes, jewelry and such. “Since none of us are the same size as Mom, her clothes will be boxed and delivered to charity.  However, we did wear the same size shoe, so I’ll take those home and go through them at a better time”. Clare loved shoes and had a large, wonderful assortment of flats, heels, sandals and boots.

Since Willow is short, she stands on a chair to empty the one shelf in Clare’s bedroom closet.  She is almost finished when she sees what appears to be a rather shoe-box sized antique wooden box shoved clear to the back and in a corner.  She stands on tip-toe and really stretches to get it and when she is able to pull it to her, the thick dust on top makes her sneeze several times.  It is ornate and carved beautifully and has a tight brass closure holding it shut.It is obvious it hasn’t been touched in years.  Willow places it on the dresser and decides to later find a dust cloth before opening it to see what it holds.

“I wonder what in the world is in that old thing?” she thinks to herself.

Max feels he should be the one to tend to Clare’s office and computer where he gathers any and all important papers and information.  “I’ll take Mom’s computer home with me to retrieve whatever else is on it later.” He said it out loud, though he was alone in the room.

Milt is out in the garage.  Clare’s black Lexus is immaculate and parked inside, but since there is no yard or garden to tend, there is nothing much out there, except a woman’s bike and things like a hammer, screwdrivers, nails, etc.  Though Clare had once been somewhat of a pack rat when she lived on the ranch, she simplified her life when she moved to the city and learned to travel light.

Finally, Max gathers everyone and says, “We’ve accomplished what needs to be done this day, so now let’s pack the boxes into the two cars.”

Everyone is beyond tired from the day before and their tasks today, so Willow grabs the undusted wooden box and tosses it into the box of shoes to take home with her.

When the boxes are loaded, they return to Max and Sami’s house for dinner.

Lotus is beside herself with joy when they arrive home and wants Sami’s full attention, as well as that of Max, her beloved male owner.

After dinner, Willow says, “I think I’ll go home to my own house to sleep tonight and get a change of clothes, guys.”

Aware that Max is exhausted and how heavy the large box of shoes in Willow’s car is, Milt insists, “I’ll follow Willow home to carry the box inside and make sure all is secure.” Cops tend to maintain their protective habits long after they retire because it is ingrained in them when they are trained and personal experiences on the job drive it all deeper.

When he returns, Milt and Max stay up a few hours, drinking scotch.

“I like mine with a little bit of branch water,” Max jokes.

Maile and Sami have disappeared to their respective bedrooms, which gives Milt and Max some time alone to talk.

“Hey, Max, when I carried that box in for Willow, I saw a beautifully carved wooden box sort of down inside the top of the shoes.  Man, that thing is dusty.  I just want to make sure Willow remembers where it is.  It looks like an antique, so may either be an heirloom or something of value.”

“Strange,” Max says. “She didn’t say anything about it to me.  I’ll ask her about it next time we talk.”

“Yeah, I think that’s a good idea.  Just in case she didn’t mean to leave it there.  It might work its way down to the bottom.  But in that case, she’ll find it when she sorts through the shoes, I guess.”

By the time Max comes quietly to bed with Sami, he wonders what in the world is in that strange, dusty old wooden box and where did it come from.