Thursday Sampler: A Heaven for Toasters by Nicholas C. Rossis 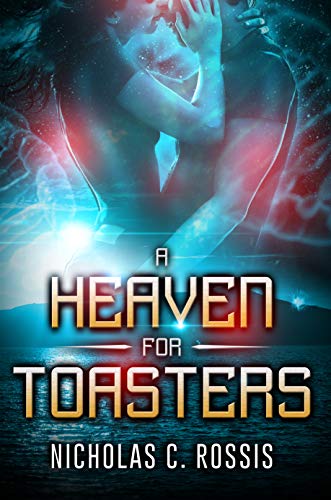 A science fiction crime adventure with plenty of humor and romance

A souvlaki and some sun. That is all Detective Mika Pensive wanted from her fun weekend away on the Greek islands. Instead, she finds herself caught up in a sinister plot, hatched by a reclusive billionaire with a penchant for illegal genetic engineering.

As if that wasn’t bad enough, she has to put up with her new partner, Leo. Leo is an android—or toaster, as people scornfully call his kind. The only thing that could make things even worse would be for the headstrong Mika to fall for Leo. But people don’t fall for toasters—do they?

Set in the near future, A Heaven for Toasters is more than a sci-fi crime romance. It’s the book that will make you look at your toaster in a whole new way.

“You heard the news? A toaster’s in the building.”

I almost jumped, the voice in my head startling me. “Ta ma de, Mary,” I hissed under my breath. “Don’t do that.”

“Mikaela Sarah Pensive,” Mary scolded me. “Did you just swear in Chinese?”

I almost rolled my eyes. Mary, the precinct’s Artificial Intelligence—or AI—had been installed last year as an upgrade to its administration software. Our previous system was competent at best. Mary, on the other hand, was in many ways the best digital assistant I had ever had, efficient and resourceful. But there was a catch. Whoever designed her had found it appropriate, for some unfathomable reason, to give her the voice of my Aunt Lucy—and the personality to go with it. I swear, if she had her way, I’d be licking a bar of soap right now.

“Don’t be a baichi, Mika,” Mary scolded me again. “You’re too smart for that.”

Hey, did she just call me an idiot in Chinese? After lecturing me how I shouldn’t swear? I touched my temple with one hand and waved the other. A dozen folders and files added to the pile already in my vision. Damn. I glanced at the time. It’s past ten at night already. I’ll never finish tonight.“Mary, I have no idea what you’re talking about. I’m just busy.”

“With what? I know you love your work but it’s a Saturday. Go out. Have fun. You’ve closed all your open cases, haven’t you?”

“Yes, Mary,” I muttered. “Which means I can now finally go through some of the old ones.”

“Oh, cold cases?” Mary asked after a brief pause. “The ones I’ve already been through?” Her voice was laced with indignation. Every time I heard that tone, I pictured Mary in a frilly dress, pausing at her porch to give me a lecture on her way to bingo night. It was hard to believe her actual home was a black metal box in the basement that housed the precinct computers.

I almost kicked myself. Way to antagonize her, Mika. Now she’ll never leave you alone. “I know, I know. But a fresh pair of eyes can’t hurt, right? These victims still need justice.” If I hadn’t been so caught up in what I was doing, I never would have blurted it out like that to Mary.

Mary gave me a harrumph. Just as I thought I’d be allowed to get on with my work, she spoke again. “So, you heard the news about the toaster?”

With a sigh, I touched my temple and spread my palm. My vision cleared of the mountain of data I was sieving through. “Fine, you got my attention. What toaster?”

Mary clicked her non-existent tongue in disapproval. “The Android. The one making his way past your cubicle as we speak.”

Oh, that kind of toaster! I raised my head, half-expecting a toaster the size of a dishwasher on wheels. Instead, a tall man was walking past me, dressed in a sharp white shirt and tight khaki pants that accentuated his swimmer’s build. My jaw slackened. No way that’s a robot.

“Did you notice his black earlobes?” Mary’s voice whispered in my ear. “All androids will have them, to distinguish them from humans.”

My eyes scanned his ears, catching on his ebony earlobes. Wait, so that’s what a toaster looks like? Wouldn’t mind having him butter my toast.

He turned his head and noticed me staring at him. He beamed me a warm smile, taking my breath away. His square jaw was picture-perfect, his skin flawless. Dark blue eyes exuded kindness and good humor, inviting me to drown in them. The dimples on his cheeks begged my fingers to trace them. I wondered if a woman had designed him and if she had felt like Pygmalion, falling in love with her perfect creation.

He walked by, leaving me to stare in disbelief at his perfect figure. My eyes unconsciously scanned him from his wide shoulders downward.

My gaze jumped back to my desk. “Stop it,” I hissed, feeling my cheeks heat.

Mary held herself responsible for the well-being of all detectives. Unfortunately, this included our love lives. Just like my Aunt Lucy.

“Anyway,” I scolded her, “isn’t it a bit offensive calling him a toaster? You’re a piece of software yourself. Shouldn’t you AI-types stick together? Don’t you have a Bro Code or something?”

“It’s what all the cool AIs call the androids,” Mary said in indignation. “Besides, I may be a piece of software but I’m indispensable to this precinct, aren’t I?”

I wasn’t sure if the question was rhetorical or not, but I knew better than to ignore her. “You sure are, Mary. Don’t know what we’d do without you.” I glanced at the time again. “Listen, I gotta go.” I lifted my finger to my temple to disconnect her.

“Wait,” she hasted to add. “I still haven’t told you the news. The toaster? That’s Leo. It’s short for his acronym—Artificial Life Law Enforcement Officer. And he’s your new partner. Captain’s briefing him as we speak.” Mary’s voice was triumphant, like a magician who had just pulled an ace of hearts out of your nostril.

I jumped up from my chair. “What?” I cried out loud.

Heat rose to my cheeks again. “That’s crazy. A digital assistant like you is fine, but don’t they remember what happened last time they paired cops with robots?”

I placed my palms on the desk and leaned forward, glaring at the air before me like it had somehow offended me with its transparency. “Same difference.”

“Not really. Robots are metallic, androids are mostly flesh. Also, their brains are completely—”

“I don’t care,” I yelled. I caught myself a nanosecond before slamming the desk. I stared at the captain’s window. He was casting me a worried look, half-scared, half-apologetic.

The toaster, or Leo, or whatever his name was, was standing beside him, his head slightly tilted as he studied me. His gaze met mine. He raised his hand in a silent greeting.

I speared him with my glare. “There’s no way I’m partnering up with that thing, Mary,” I growled. “I’m not getting killed just because some crazy baichi wants to play Doctor Frankenstein.”

“Not much you can do,” Mary said in the inimitable tone of a secretary filing her nails, her feet up on her desk.

“I’m talking to the captain. He’s got to stop this.”

“I told you. Orders came from above. Captain doesn’t like it any more than you do. He still has to obey.”

“Ta ma de!” I slammed the desk before sitting down. “This isn’t over. I’ll hand in—”

“Listen, honey,” Mary interrupted me. “Before you do anything stupid, why don’t you go home, get some rest? You can deal with this tomorrow.”

“Tomorrow’s a Sunday,” I muttered. “I’m going out with Richard.” The thought only cheered me up a notch.

Ever since her arrival, Mary had been trying to set me up with someone—anyone, really. After refusing for months, I had recently given in to her constant pestering. For some mysterious reason, she had decided on Richard, an art history professor in his late forties. We had only gone out on two dates, both pretty meh. Mary might be indispensable when assisting with an investigation, but it was increasingly clear that her matchmaking algorithm was in urgent need of an upgrade.

“You two look so lovely together,” Mary cooed. “You’re a thirty-year-old beautiful woman with a face that could inspire a poet and the kind of body that would make him forget all his fancy words. And Richard’s so tall and blond and handsome—why, your children would look amazing.”

I choked and coughed to clear my throat. For an AI who could find a straw needle in a haystack of data, Mary could be surprisingly slow to pick up on some things. Anything related to love matters, for instance.

In fact, tomorrow was Richard’s last chance before I ditched him—and even this date was mainly for Mary’s sake. I dodged the issue by sticking to facts. “He’s taking me to the Greek islands for the day.”

“Oh, how exciting!” Had she hands, I’m sure Mary would be clapping with glee.

“Yeah, well, we’ll see how that goes.” An enthusiastic tone conspicuously failed to materialize in my voice.

“You go and have a good time,” she said with an exaggerated sigh. “I’ll be here, should you need anything. I’m just a piece of software, after all.”

Like I said, Mary had the personality of my Aunt Lucy, including her love of guilt trips. A day in Greece was starting to sound pretty good, even if it was with Richard. 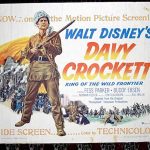 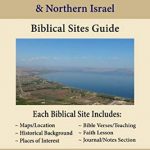