Finding characters where you least expect them 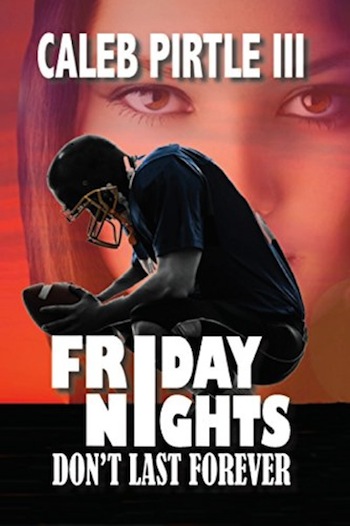 “The coach only liked one thing better than me,” she said. “A cheerleader.”

She was seated behind the counter when I walked into the grill.

She was probably ten years older.

Hair cinnamon brown hair was a little too long, piling itself on her shoulders.

Her lipstick was a little too red.

I didn’t mind the red either.

On her, it worked.

She was pretty in the glow of the overhead light.

She was beautiful when the shadows touched her face.

She stayed in the shadows.

She was wise that way.

Her name was Mary Beth, she said.

Mary Beth had been reading a True Confession magazine when I walked in and sat down at the counter.

“Woman’s in love with the wrong man,” she said.

“She’s cheating on the good guy.”

“She’s bored with the good guy.” Mary Beth Shrugged. “He works hard. He makes a good paycheck every week. He comes home on time. She fixes dinner. And they watch sitcoms on TeeVee together.”

“She wants adventure.” Mary Beth laughs. “The wrong man wants to take her out of town on a trip, and she wants to go.”

“She’s wrestling with her conscience.”

“The conscience never wins,” I said.

“Mine didn’t,” Mary Beth told me. “I had a good man once upon a time.” She folded the magazine up and placed it under the counter. “Married six years. He loved me. Problem was, he was an accountant.”

“What’s wrong with an accountant?”

“He never thought my figure was as exciting as the numbers he figured in his head.”

“He must have really loved his numbers.”

“I ran off with the football coach,” she said. “He was hot stuff. Big. Tall. Lots of muscles. He was drafted once by the Chicago Bears.”

“We lost the coach.”

“Coaches have a habit of getting fired,” I said. “All it takes is one bad team.”

“He didn’t have a bad team,” she said. “Never had a losing record.”

“He got himself killed,” she said.

“He wasn’t the jealous kind.”

I sipped my coffee in silence. Finally I had to ask her the question that needed to be asked.

“The coach only liked one thing better than me,” she said.

“Did they arrest you?”

“They didn’t convict me.”

“I had an alibi,” she said. “I was with his daughter the night coach died.”

“Where was his daughter?

“She was a cheerleader,” Mary Beth said.

I finished my coffee.

“I only have one question,” I asked.

“You want to be in my next novel?”

“Are there any cheerleaders in it?”

“I want my own love scene,” she said. “Don’t worry about it none. I can write it myself.”

She poured me a second cup of coffee and went back to True Confessions.