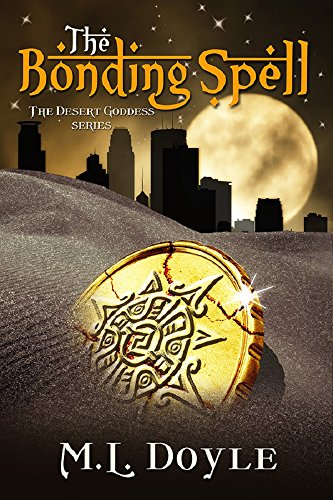 A captivating, well-paced tale of urban fantasy that will intrigue you and leave you wanting  more.

Hester Trueblood can’t deny having an ancient, Sumerian goddess in her head has its perks.

She enjoys her new strength and fighting abilities, things that would have been useful when she was a soldier. And the two handsome men dedicated to serving and protecting her are a nice bonus too.

On the other hand, there are drawbacks.

Having Inanna’s voice inside her head 24/7 can be annoying, and the constant threat of demons and monsters is a dangerous nuisance. The bitchy goddess and the evil hordes are problems Hester can handle, but the adoration of a demigod has Hester off balance.

None of that matters when an old secret threatens to destroy Hester’s family. To battle the goddess of witchcraft, Hester will need all of Inanna’s powers along with the help of her devoted soldiers–and even a love-struck demigod–if she wants to survive.

I’m strolling around, looking around while on a personal security detail. I’m carrying my M4 at port arms, but we’re all relaxed, no real fear of attack. I listen to the curator giving yet another tour of the pyramid—the Ziggurat—in the town of Ur. We bring all the distinguished visitors here. The Iraqi guide is telling the senator about the ancient towns throughout Iraq, how the war is destroying so much history.

The senator doesn’t give a shit. She’s so uncomfortable in the heat, her makeup is melting and her hair is damp and flat against her head. I can tell she’s annoyed and would rather go somewhere to cool off, but the reporter following us around forces her to stay on her good behavior, so she smiles and we continue to bake in the desert furnace.

I see something glinting in the sun, partially buried in the sand. They tell us over and over, if you didn’t drop it, don’t pick it up. It could be a bomb, a booby trap, something dangerous meant only to hurt you.

If you didn’t drop it, don’t pick it up.

The group has stopped while the curator keeps talking about the pyramid, the way the Tigris and the Euphrates Rivers met here, making the town a thriving center of civilization and culture.

I stroll over to the shiny thing. Standing over it, it looks like something ancient, something important. My curiosity is so intense, it feels for a second like energy vibrating around me, a kind of humming in my ears.

If you didn’t drop it, don’t pick it up.

I pick it up. It’s a large gold coin, rough around the edges, the profile of a woman on one side, the other side decorated with an eight-pointed star. I turn to ask the curator about it when I realize everything has stopped. The people around me are frozen in place. The senator is caught with a bandana hiding her face as if she were in the process of wiping sweat from her eyes. The curator’s mouth is open, but nothing is coming out. The other soldiers are frozen too. Masterson stands as if in mid-stride, one foot in the air. If I pushed him, would he topple over? I gaze about, amazed, looking at how everything is at a halt but me.

In the pulsing silence, I hear laughter that sounds like the beauty of a waterfall. I turn to see her. She shimmers in front of me, close enough to touch. Her brown skin glows in the sunlight. Her wide, almond-shaped eyes are outlined in kohl. Her full lips are stretched in a smile that makes me want to smile back—warm, friendly, familiar. Her long, ebony, tightly curled hair floats in the non-existent wind and she wears a golden crown laced with jewels with one large ruby sitting in the middle of her forehead.

I think her splendor could stop the earth from spinning and I don’t even swing that way.

Her golden plate armor over a white, silken dress makes her look like a warrior. She carries a shield with the eight-pointed star on the front, and the hilt of a sword sticks up at an angle over her right shoulder from where it hangs on her back. She speaks to me in a language I shouldn’t understand, but somehow do.

“Hello, Hester. I have waited long and forever for you. I am Inanna, and you are my vessel now.”

I open my mouth to ask her how she knows my name, a question minuscule in the scope of things I should be asking, but can’t get the words out before I am blinded by an explosion of white so intense my eyelids provide no barrier from the assault. My body stiffens, as if from an electrical charge, my arms and legs spread wide and I am inches from the ground, lifted up and up. I’m shuddering in ecstasy, hearing myself scream, not in pain, but in pleasure so overwhelming I think I’ll die from it. An icy cold feeling shoots out of my fingers and toes and latches me to the earth. Another jolt of frenzy shoots through me as I feel a sudden connection with the universe, the sun and the fine grains of sand beneath my feet. Everything. I can feel and see and be all.

When I open my eyes, I am breathless and confused, and the curator is still talking. Everyone is acting as if nothing has happened, but I know that everything has changed. Then I hear a voice in my head.

“You and I will do great things together, my vessel.” 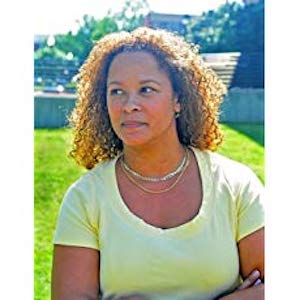 She aimed to prove her brother wrong when she joined the Army on his dare. Almost two decades later, she not only confirmed that she could, contrary to his warning, make it through basic training, her combat boots took her to the butt-end of nowhere and back countless times and she lived to tell about it … or write about it as it turned out.

A native Minnesotan, Mary lives in Baltimore where her evil cats force her to feed and care for them including cleaning up their poo. To escape from her torture, Mary loves to hear from readers. Check her out on Facebook.com, or Twitter @mldoyleauthor, and you can read excerpts of all of her work on her website at www.mldoyleauthor.com.

Please click HERE to find The bonding Spell on Amazon.