Schools were back in session and the heat of summer still held sway, but the park was only ten miles northeast of populous, bustling Shreveport, Louisiana.

“No problem. It’s our off season.”

Easing open the throttle of my gear-laden, white, ’08 Harley-Davidson Ultra Classic, I rumbled away from the visitor center with its lush, green, curb-side lawn and entered a manicured woods of tall, mature trees. No weeds and little underbrush littered the forest floor. After a couple of minutes of following a smooth, twisting, asphalt lane, I spotted the primitive campground ahead on my left.

Backing into a parking space close to a concrete picnic table, I dropped my kickstand and killed the engine. After ten long, hot, roaring hours in the saddle, my ears vibrated to the exquisite still, my sunburnt arms tingled.  Dismounting, I took in the peaceful, shaded, lakeside setting. Cypress Black Bayou Park and Recreation Area was loaded with amenities: cabins, picnic shelters, marina, boat ramp, fishing piers, and developed and primitive campgrounds. I would normally expect to find a place like this, located close to a major city, packed and awash in noise: stereos blasting, kids screaming. Today, I almost had the place to myself. How remarkable. Of the campground’s twenty sites, only one was in use. A Taj Mahal-sized Omar the Tentmaker special sat between two compact Nissan sedans. A family of four—husband, wife, son, and daughter—sauntered about in the forest’s hush.

Opening the storage compartment perched above my rear fender, I scooped up my cell phone to place a safe-arrival call home and break out an ice-cold one . . . or was it the other way around? Call and cold one seen to, I broke out the gear I’d need overnight, pitched my green, two-man tent, then sat down at the picnic table to record the day’s events in my journal.

Two small black ants ambled by my notepad. A nonchalant flick of the wrist swept them away.

An hour later, with my stomach rumbling in anticipation, I started breaking out ingredients for dinner. Lifting a bag of shrimp from my small cooler, motion caught my eye. That family of four was striking camp. How curious—check-out time was hours ago. They’d already paid for the night.

Except for me, the park was deserted. The quiet went beyond peaceful, well beyond. It was eerie . . . no people, no animals, no birds. As if all were in waiting.

It was as if the very forest held its breath.

Dinner finished, I glanced around for the nearest water station. I spotted a spigot atop a knee-high galvanized pipe attached to a four-by-four post less than a hundred feet away. I scooped up my dirty dishes, soap, and sponge, and walked over.

Rounding to the shaded side, I froze; gorge rose in my throat. The wooden post was coated in a seething, pulsating, five-deep carpet of ants.

Heart booming, I jumped back and looked down to see my tennis shoes swarming, my legs infested.

No. Nothing. I was ant-free. So were the pipe and spigot, and the mud puddle surrounding all. I broke out in a cold sweat. Hell with it; the dishes can wait.

Planting my feet far away from the throbbing mass, I leaned and reached, and washed and rinsed the dishes. Drying could wait.

A bit later, with camp secure and sunset twenty minutes away, I enjoyed an evening cup of coffee and caught the forecast on my bike’s weather-band radio. Setting the empty cup upside down on my stove and refilling the saucepan for tomorrow morning’s use, I headed to the tent to call it a night. Kneeling, I unzipped the entrance flap.

Groaning, I closed my eyes. What now? Opening them back up, I peered into the tent’s dim.

The ants weren’t everywhere. None had ventured more than eight inches. They just milled about like heavily medicated mental patients who discover the front door to the asylum unlocked and unattended. After rushing outside, they have no idea what to do next.

That, or sixties hippies half stoned out of their minds.

This was more than strange—this was straight out of The Twilight Zone. Was I traveling through another dimension, one not only of sight and sound but of mind? The ants had left my gear, jacket, open duffel bag, shaving kit, sleeping bag—everything—alone.

Hey, works for me.

I brushed the horde outside where they belonged, climbed into the tent, secured the flap, and watched. Ants started streaming back in through the tiny opening where the two flap zippers met. How they found it in the first place was beyond me. It’s smaller than the tip of a pencil eraser and covered by a mini flap all its own. I climbed back out and grabbed a damp rag. Once again in the tent with the flap closed, I crammed the rag into that itty-bitty hole.

Stretching out, an ant strolled over my arm. I brushed it off, rolled over, and dropped to sleep.

I awoke at four the next morning to discover my rag had dried and ants had returned, but like before, they just dawdled.

I brushed them out and broke camp.

Enjoying a predawn cup of coffee—I had to throw away the water poured last night, fifty ants drowned in it—my mind drifted to those spaced-out, Louisiana, laissez les bon temps roulez (let the good times roll) ant hordes. Were they a year-round problem?

Or was this what officials meant by “off season”?

Brian Dowsley is the author of Savage Dreams. Please click HERE to find the book on Amazon. 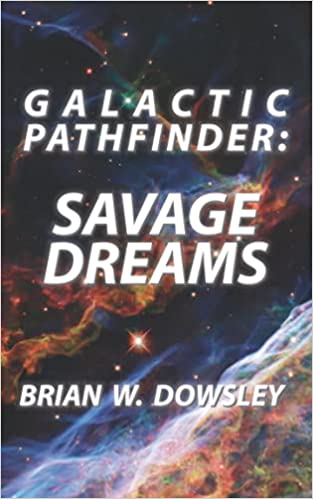