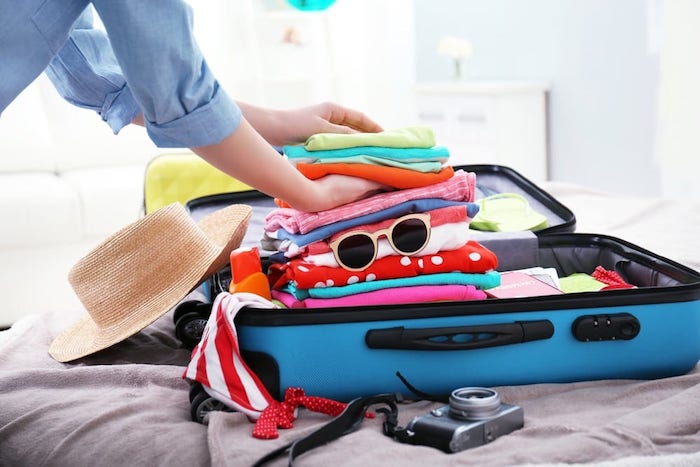 We did start off reasonably on time, and we were only around the corner when we had to go back for something vital that I’d forgotten.

About a week before we were to leave on our vacation, I started to wonder if I could possibly get everything done and be ready to leave with the rest of the family, or if I’d have to take a bus and meet them somewhere.

I had a couple of suitcases packed, not counting the one I packed twice, once on purpose and once because the twins unpacked it. But I still had quite a bit of mending to do, and I kept finding more as I tackled the mountain of laundry that never seemed to diminish.

Not to mention all the cleaning I wanted to do so I wouldn’t come back to a dirty house. But at least I had all the shopping done, or so I thought until I discovered that one of Paul’s sandals was missing. I put off going to the store until the last possible moment, being sure that the sandal would turn up somewhere as I cleaned the house.

When the kids and I had searched the whole house, in­cluding emptying toy boxes, and dresser drawers, we still couldn’t find the sandal so I had no recourse but to buy Paul new sandals. Later that afternoon, Carl took the van to get it cleaned, and when he came back, he walked into the house, dangling the missing sandal from one finger.

Isn’t that always the way?

As Departure Day came closer and closer, the kids were harder and harder to live with. I received a veritable flood of information about what each of them wanted to take, and I finally had to pack their suitcases just to prove to them that their whole closet would not fit in one little suitcase. The boys were trying to sneak half of the contents of their toy box into the van, and when I tried to explain about con­serving space, they looked at me as if to imply I was nuts.

Then there were the endless questions. “When are we leaving?”

“Where are we going first?”

“Are we going to stay in a motel?”

“Where are we going to eat?”

I was beginning to think I was in a Bil Keane cartoon.

Finally, the day arrived. We were going to head out down the road. That is if I could get the cooler packed while trying to avoid five eager, excited, noisy bodies that were cluttering up my kitchen.

I opened the freezer to get some ice, only to discover the ice trays were empty and so was the ice bucket. “What happened to the ice?”

“Because you were cleaning out the refrigerator so nothing would spoil. I wanted to help.”

Despite that minor problem, we did start off reasonably close to the time we had planned, and luckily, we were only around the corner when we had to go back for something vital that I’d forgotten.

The next time I remembered something that I’d forgotten, we were halfway to Kentucky, and Carl refused to turn back.

Maryann Miller is the author of Evelyn Evolving. Please click HERE to find the book on Amazon. 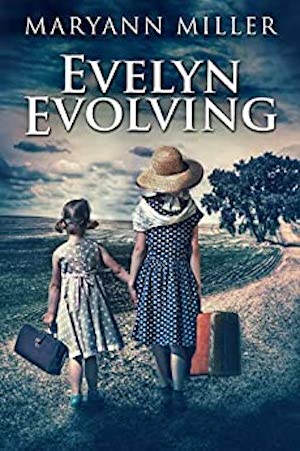