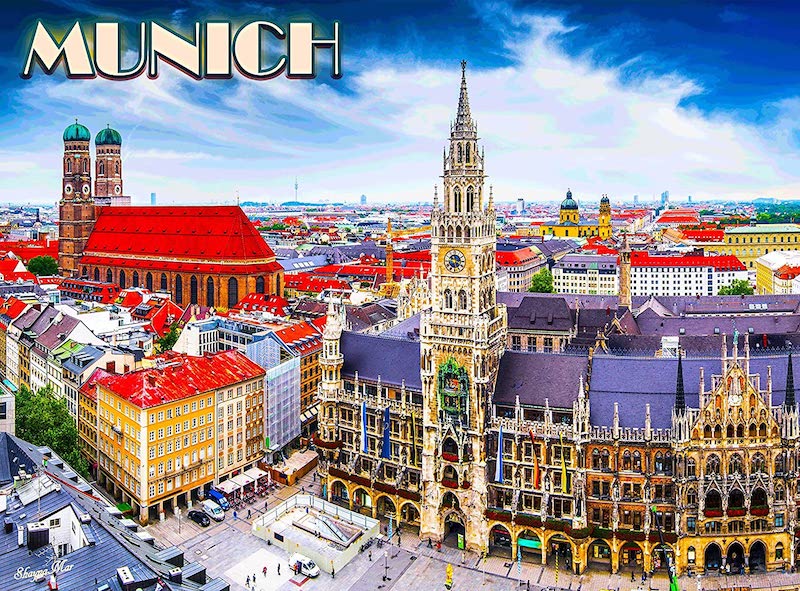 Hold on.  Is this the wrong train? Don’t panic. More seconds ticked by. He waited until the train passed a track marker. Track 4!? He needed track 6.

Four people stood on the wooden platform outside her train window, and none of them was her husband. Jo Ellen set aside her paperback and glanced at her watch—10:22 a.m. The train would leave at 10:24 a.m., according to the posting board. It was well known German trains ran on schedule, to the minute. Jo Ellen scooted to the aisle seat and leaned out to look from one end of the passenger car to the other. She studied her watch one more time, frowned, shrugged, and picked up her book.

Matthew stepped onto the train. He held a bottle of Evian spring water, like an offering, ready to transfer it into Jo Ellen’s grateful hand. She’d take it with a casual thank you, Matt visualized. He smiled with a prideful little tilt of the mouth. He’d tell her on their trip from Munich to Salzburg how he had to go to the farthest refreshment stand to find her requested, “Evian—no gas.” No gas described what the Deutschlanders called uncarbonated water. Seemed they stocked mostly carbonated water in their train stations. Not one stand near the platform had gasless water of any kind. Despite all that, he found the Evian at last and made it to the train with two minutes to spare.

He passed the conductor on his way in, and she climbed in behind him. Odd, he thought. Matt felt the train jerk into motion as he pushed open the door to the coach. He looked again at his watch. Leaving two minutes early? Bubbles of doubt popped into his head.

He stopped and stared. He had entered a storage coach. Bicycles hung on each side of the aisle. He and Jo Ellen hadn’t walked through storage. Seconds clicked by as he passed through to the next car. More storage.

Is this the wrong train?

Matt bent to find a window view between two bicycles. More seconds ticked by. He waited until the train passed a track marker. Track 4!? He needed track 6.

Thoughts gushed into his head. Jump off the moving train? No. Find the conductor? He looked from one end of the car to the other and stooped to look through the window again. That conductor had disappeared into another section of the train. The train station was receding into the distance.

Jo Ellen slid back into the window seat and opened her paperback. Another glance through the glass told her Matt had not appeared on the Track Six platform.

Maybe he got on the wrong coach and is making his way through the train right now. Oh, well, Matt knows enough to abandon a long queue at a refreshment stand if the time gets short. He’ll be here.

Her attention returned to her book, Salt: A World History. She fell into contemplation of the interpretation of historical concepts the book presented. A valuable commodity, salt was used like money.  Salt—who knew? She felt enlightened and—thirsty. Where was Matt?

The thought-provoking volume vibrated in her hands, and Jo Ellen whirled to the window, her heart thumping faster than the train wheels bumping over the rails as her train pulled away from the station.

Matt considered only one option—he had to get off this train and back to Jo Ellen. A red cord hanging beside one of the windows caught his eye. In fact, there was one at each window.

He reached between the two bicycles closest to the exit and pulled the cord. Breaking wheels screeched, and the train shuddered as friction brought it toward a stop. But the exit doors were still closed tight.

Matt stood for a couple more seconds before he spotted the red button. He pushed it. Whoosh. The air doors opened. Matt bolted through the exit, jumped off the slowing train car, ran across the tracks, and sprinted back toward the station platforms. He did not look back. A rail tripped him when he tried to look at his watch while he ran, but he caught himself and zoomed on. Panting, he zipped up the steps at the end of Platform Six. One second more and he had found a gaping coach entrance with a conductor ready to close the doors.

A jerk and a tremble told Matt the train was pulling out while he made his way from car to car, grabbing the backs of seats as he walked. He approached his and Jo Ellen’s seats from behind. When he plopped into his own seat, Jo Ellen spun toward him with wide eyes. He held out the bottle of water, still in his hand.

Jo Ellen took a breath and exhaled as she took the water. “Thank you.” She popped open the top, took a swig, and held out the bottle. “I started thinking you weren’t going to make it back in time.”

Matt drank and then wriggled into a comfortable position in his seat. He’d take his time to tell this story. In fact, he’d probably still be telling it years from now, when they were older and wiser, when they travelled with a plan for what to do if one of them took the wrong train in Europe. A plan—not a bad idea. He turned to his wife.

“Jo Ellen,” Matt said, “What would you have done if I hadn’t made it back in time?”

Joyce Ann Brown is the author of Tailed, book four in the Psycho Cat and the Landlady Mysteries. Please click HERE to find the book on Amazon. 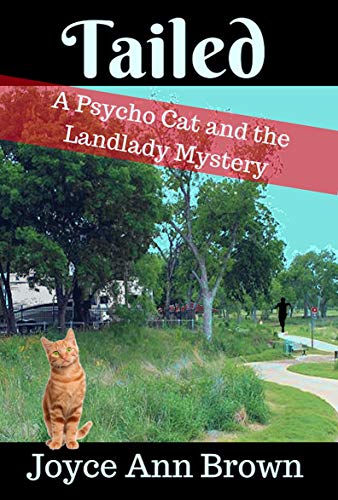