The Writing Traveler: A coffin for Ephraim Bales

Back in the Smoky Mountains, Ephraim Bales was known as the meanest man in the valley. He was feared by man and most beasts.

We sat with the old man on the mountain, Lem Ownby – blind, as thin as a rail, wearing bib-overalls and a faded flannel shirt buttoned as high as it would go.

He lived at the far end of a dirt road in the shadow of the Great Smoky Mountains, collecting his days alone, always alone, unless someone ventured back into the hollow to buy a jar of honey. Lem spent his waking hours tending his bees.

His voice had been sanded by years to a whisper, and he thought back about those who had once lived just down the road, around the last bend, and back among the valleys of Cade’s Cove.

Of course, that was when Lem Ownby had neighbors.

They had been gone for so long. Lem Ownby was the last man on the mountain.

He remembered Ephraim Ogle and John Hampton going up into the high country together to bring down Ogle’s mule for plowing.

“He’s stubborn and wild,” Ephraim said. “There can’t nobody ride him.”

He gritted his teeth and rubbed his hands on the back of his overalls. He spit once, then twice. “There ain’t never been a mule I can’t ride,” he said.

John swung onto the mule’s back, and the ornery little gray-eared animal slowly ambled on down the dirt road. John smiled.

At a mud hole, the mule balked. He laid his ears back, stopped, and just wouldn’t take another step.

John Hampton yelled. Then he pleaded. And finally, he kicked the mule in his ribs. The mule exploded. His head went one way, his legs another, and John found himself crawling out of the mud hole.

Ephraim Ogle eased over and said loudly, “He threw you, didn’t he, John?”

John Hampton shrugged and wiped the mud from his eyes. “Well, he sorter did and he sorter didn’t,” John replied. “I was aimin’ on getting’ off anyway.”

And down by the creek bed in the valley dwelled the sulky Ephraim Bales. His was a hard life. But then, it was never easy living in a two-room cabin with a wife, nine children, and a mother-in-law. Ephraim Bales was known as the meanest man in the valley. He was feared by man and most beasts.

No one mourned him when he died. Ephraim Bales was buried in the sod of his own backyard, and no one came to the funeral. On that week, Bales had stalked off into the woods and cut down a chestnut tree, then hauled it by mule to a sawmill.

“Cut it up in planks,” he had ordered. He stacked the planks, threw them into the back of his wagon, and hauled them home.

“When I die,” he had told his wife, “make my casket out of them chestnut planks.”

“Why?” she had wanted to know.

Lem Ownby smiled a sad smile. “According to the Good Book,” he said, “God always did say he was gonna make the old devil suffer. He did. He sent him Ephraim Bales.”

That was enough, Lem said. The devil didn’t know he lived in hell till old Ephraim Bales came walking through the ashes.

The Man Who Talks to Strangers contains stories about the days I wrote travel for Southern Living Magazine. Please click HERE to find the memoir on Amazon.

The Writing Traveler: What trip would you like to live again? 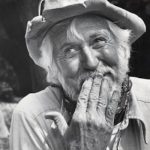 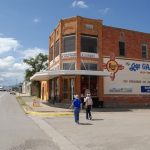 The Writing Traveler: Was it the end of the world? 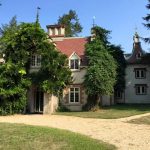 The Writing Traveler: Fire Up the Imagination by Debbie De Louise 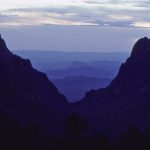