Through seances and mediums, and even automatic writing, they were able to get quite a few messages from their son about the Afterlife.

The story of Leslie Stringfellow might have slipped into obscurity, if it had not been for a young man going through yard sale objects in Fayetteville, Arkansas.  The year was 1973.  Whatever he saw there piqued his curiosity and sent him on many journeys for buried information.  When he was sure he had discovered all that he could, he put it into a book:  The Afterlife of Leslie Stringfellow by Stephen Chism.

Leslie was a Texan.  He was born there at the end of the Civil War.  He died at the young age of 19.  His parents were so bereft that they were determined to make contact with their son’s spirit. 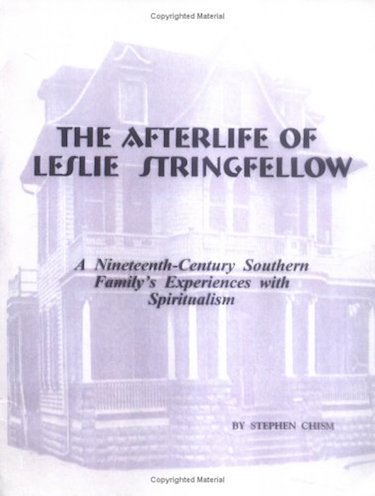 Leslie actually made himself known to the Stringfellows.  His father, Henry Martyn, had belonged to the Rosicrucian Society for a long time, but his wife did not believe in such things.  When Henry Martyn began communicating with Leslie via seances, the wife became a firm believer.  Leslie told his parents to formally adopt Mabel, a child in their care, and change her name to Lessie.

Spiritualism was big at that time in America, so it was not thought of as unusual for these well-educated parents to be involved in this activity.

It worked.  Through seances and mediums, and even automatic writing, they were able to get quite a few messages from their son and what he had to tell them was fascinating.

He told them all about the afterlife and even laid out the geography of paradise to them.  He provided them with vivid descriptions of heaven.  It is described on the inside flap of Chism’s book.  It was a place “without pain or sorrow, that is full of beauty, rest, and intellectual development.”

Henry Martyn and Alice Stringfellow communicated with Leslie for over fifteen years.  The son advised them where to find a lost inheritance and he was correct.  Their son was able to tell them information about other family members that had died, including their own parents.

Leslie’s parents took his advice and adopted the two-year-old orphan girl.  She grew up to become an outstanding woman in many areas.  She was a newspaper editor, a suffragist, and a publicity director for a women’s organization. Hopefully, the talented adopted daughter helped relieve some of the pain of losing their son.

This grown, adopted daughter later encouraged Alice Stringfellow to write about her spiritual experiences with her son.

In 1919, another spiritualist read Alice’s manuscript.  That person was Arthur Conan Doyle.  He was so impressed that he encouraged Alice and Lessie to publish the work.

Doyle had also lost a son, Kingsley Doyle, in WWI, and he was struck by an idea to see if his son and Leslie could communicate with each other.  They would perform an experiment.

I have not yet uncovered any details about that experiment, sadly.

The correspondence between Doyle and the ladies is published in Chism’s book.  In fact, the words of Arthur Conan Doyle are what appear on the flap of Chism’s book – the paragraph in which Doyle describes Leslie’s vision of paradise.

Chism’s book gets very good reviews and it is 149 pages in length. 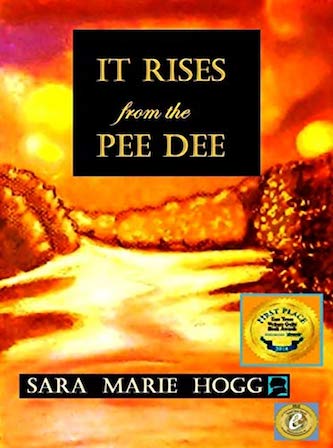