The Unexplained: Did he return from the grave as a zombie?

There are many cases of people being buried there, dead, somehow coming out of the grave, then returning in a zombie-like state.

In 1962, Angelina Narcisse stood in a small cemetery in Haiti and watched as her brother Clairvius was buried in the warm earth.  His coffin had just been nailed shut a few moments before.

Years later, a man who resembled her brother approached her in her village of l’ Estere and claimed to be just that—her brother.  He told Angelina that he was aware the whole time he was being lowered into the grave.  He showed her a scar on his cheek where the coffin nail had grazed him as it was hammerd in.  Although he was conscious of all that was going on he could not cry for help.  He could neither speak or move.  He was totally paralyzed but felt as if he were floating peacefully over the grave.

He went on to explain to the confused woman that he was aware of someone digging him out of the grave in the middle of the night.  He was then flogged with a whip made of sisal and taken to a plantation on another part of the island.  He and others who had been stuck in a zombie-like state were forced to work in the sugar cane for a master who practiced voodoo rites, a bokor—malevolent sorcerer.

In the early 1980s, when Clairvius struggled back to his village, other peasant Haitians noticed zombie-like people wandering around aimlessly their area—in trances.  First, there were two women, then a strange group of them wandered in from the fields.

Voodoo is similar to a religion in Haiti.  It is believed by most Haitians.  The effectiveness of the rites and spells is determined by the skill of the voodoo master.

There are many cases of people being buried there, dead, somehow coming out of the grave, then returning to the landscape in a zombie-like state.

The case of Clairvius Narcisse stands out because it has all been recorded on medical forms and other papers through legitimate channels.

The physicians at Schweitzer Hospital in Deschapelles declared Clairvius Narcisse as deceased on April 30, 1962.  He had come to the ER with mysterious symptoms—achiness, high fever, and was coughing up blood..  He declined rapidly and it took three days for him to die.  There were several doctors present when the death certificate was signed, including one from America.  After he died, he was placed in a refrigerated drawer in the hospital morgue for twenty-four hours, until his burial the next day.

He had awareness of the whole series of events, he said—even his sister’s loud weeping.  A Haitian psychiatrist, Lamarque Douyor, has always believed in zombies—not that they rise from the grave supernaturally, but that they amble along in a zombie-state of stupor.   He is convinced that this is the result of a voodoo potion or drug.  He has made himself a clearinghouse on zombie cases and put out feelers to American scientists to help him find out what secret substances these could be.

That project was snapped up by Wade Davis, an ethnobotanist.  He was advised by his mentor, who put him on to the study, to go live among the people for a while—to try to figure it out by living amongst them..  He did.  He immersed himself in Haitian life and culture and after a time he was able to pick up some leads.  He was convinced that two substances could be responsible for the zombie-like paralysis, submissiveness, and trances.  The powders that can be turned into a paste, contain tetrodotoxin (from pufferfish), and bufotoxin (from toads).

Davis developed a theory.  The voodoo masters, bokers, who enslave the people, are able to administer the tetrodotoxin through abrasions on the skin.  It is a jolt to the system, and if it didn’t kill them—always a possibility—it would put them in a state of suspended animation.  All the bodily processes slow down.  Sometimes a heartbeat is imperceptible.

They were then declared dead, buried, dug up, and carted off to a plantation to do hard labor.  Then a combination of substances, including Datura Stramonium (commonly known as thorn apple, jimson weed, or devil’s snare) were used to bring people back a little from the stupor, then the first two drugs are administered again, a sort of see-saw effect:  zombie, not zombie, zombie, not zombie.

When the bokor or voodoo sorcerer died himself, the drug affects all wore off the zombies and they set themselves free of the plantations.

There are other scientists that don’t agree with this theory.  They have done experiments with many drugs and combinations and they do not believe that any of those available to Haitian voodoo masters create zombie states.  The power of suggestion has been known to be overwhelming to true believers of voodoo.  Surely a strong belief cannot have that drastic of a reaction.  Could it?

If not the substances, or overpowering belief in magic arts, what is it?

Sara Marie Hogg is the author of Gris Gris, a novel based on a voodoo storyline in New Orleans. Please click HERE to find the book on Amazon. 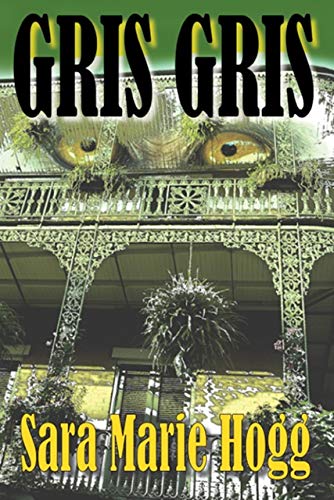