The Unexplained: A Strange Disappearance

As he pitched forward, head first, James Worson uttered an awful cry and disappeared from view.

I was drawn to the story because his life was lived in Royal Leamington Spa, England.  I have sent many letters there, and some packages.  I  have made telephone calls to a house there.  It is in  Warwickshire, about halfway between Stratford  Upon Avon and Coventry.  My sister’s pen pal lives there.  It is an interesting place.  In fact, Nathaniel Hawthorne once lived in a home nearby.

James Burne Worson, a former resident of Royal Leamington Spa is an enigma.  He was an honest businessman with a shoemaker’s shop. He had excellent skills as a long-distance runner. He liked to get drunk and make outlandish wagers. In fact, even though he had his shop on a side road to Warwick, and was able to make a more than a comfortable living, he was rapidly becoming addicted to spirits.

At a favorite pub, Worson bragged that he could run from Leamington to Coventry and back in record time.  The round trip was said to be over forty miles.

On the third of September, 1873, he wagered one gold sovereign, that he would complete his task quickly.

Two men followed him in a carriage as he Set about to win his bet.  He was speeding along in splendid form and not getting fatigued in the least.  The men in the carriage behind were amazed at Worson’s abilities.

Barham Wise, a draper of linen, and Hammerson Burns, a photographer, were getting excited about the event they were witnessing. Surely it was newsworthy. There was a third man in the carriage.  His name is not recorded, but he was the man who had agreed to the bet.

James Worson’s performance was so outstanding that the three men began hollering encouragements to the runner–even the man who was in jeopardy of losing the bet.  They continued to follow behind the fleet-footed runner.

They were shocked when the man began to fall forward as if he tripped on his own feet.  They all watched in horror as he pitched forward, head first.  At the same time, he uttered an awful cry.

He did not hit the ground. Instead, he disappeared from view, right before their eyes.

The men were flabbergasted.

Now the man who made the wager with Word on was still a tad tipsy, but Wise and Burns were stone-cold sober.  They became anxious as they looked all about.  They searched for some time before they headed back to Leamington.

They explained the disappearance to the constables.  The authorities investigated the situation, then took the three men into custody, as they could not get over their suspicions.

The three men were released as they had always been honest and forthright men.  The disappearance was a mystery that haunted Britain.

The upstanding men could certainly come up with a better scenario than “he disappeared,” if they were trying to conceal a deadly crime—and what could be the motive?

There are those that think Worson slid into a parallel world through a mysterious portal. British public opinion was split in several directions. Had the men done away with him, and what was the possible motive?  Was it a supernatural occurrence?

It is fiction, many say, much like the story of Oliver March. It is a recounted tale written by  Ambrose Bierce.

Did generations of people tell the Ambrose Bierce story as a true event– or did Bierce borrow the event to write his tale?

Bierce, himself, disappeared in Mexico before a lot of mysteries could be solved.

Who is the man in the video about Worson?  I am waiting for them to get back to me. 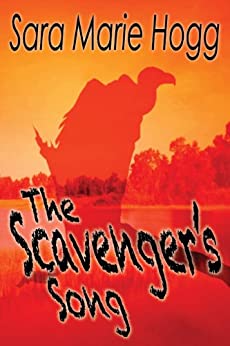