There was a conspiracy surrounding the assassination of Kennedy, Penn Jones said.  Those who knew the truth died, and he kept a list.

William Penn Jones was always looking for a fight. He was a tough little man. Some called him scrappy. He wasn’t wild-eyed. But he was a liberal in the conservative heart of Texas.

Penn Jones owned the little Midlothian Mirror, once described as “the genuine item, an indigenous, atavistic frontier weekly which covered the boredom of Midlothian like dust.” The article said, “Its fighting editor is a dying breed of populist prairie journalists, an editor who is part Front Page, part Grapes of Wrath.”

He fought the John Birch Society in print. And someone fire-bombed his newspaper office. He told the Ku Klux Klan to go to hell. And flames once again singed the pages of the Mirror. He was given the Elijah Parish Lovejoy Award for courageous journalism.

Penn Jones was a little man, standing five-five. His face was weathered, its lines cut deep. Nothing frightened him. Not even the government. Penn Jones knew things about the assassination of John F. Kennedy that most in the mainstream did not even suspect.

I lived in Waxahachie, and Midlothian was just down the road. Penn Jones would let me drop by simply because we both had printer’s ink in our blood.

“What do you know about the death of the President?” I asked him.

“There was a conspiracy,” he said.

But no one will ever find it.”

”Those who knew the truth died.”

“Those who were even suspected of knowing the truth died.” He

laughed. It was bitter.

Penn Jones clicked off their deaths, one by one.

He said, “On the night after Jack Ruby shot and killed the alleged gunman, Lee Harvey Oswald, two newspaper reporters went to a meeting that was being held in Ruby’s Dallas apartment. One was Bill Hunter, an award winning newsman for the Long Beach Press Telegram, and the other was Jim Koethe of the Dallas Times Herald. Neither had been invited.”

Hunter was ultimately shot and killed by a policeman. The death was ruled accidental.

One of the men he met at Ruby’s apartment that night was lawyer Tom Howard, who told him: Within minutes of Ruby’s execution of Oswald, at least two Dallas attorneys appeared to talk with the Dallas strip club owner.

Within two years, Tom Howard was dead of a heart attack. No autopsy was performed to confirm the cause of death.

The press covering the assassination thought it strange when Dorothy Kilgallen was the only reporter allowed to interview Jack Ruby alone in his cell.

Why Dorothy? She was a gossip columnist. She covered Broadway in New York.

Dorothy Kilgallen walked away from her interview with Ruby and bragged to friends, “I’m going to break this case wide open and have the biggest scoop of the century.”

She told Mark Lane: “They’ve killed the President, [and] the government is not prepared to tell us the truth.”

What price did she pay for the privilege of meeting with Ruby?

“I don’t know what she paid the judge up front,” Penn Jones said.

“Before it was all said and done,” he said, “she paid with her life.”

Dorothy Kilgallen died strangely and mysteriously. At first, the coroner said it was a heart attack. Then he changed his mind. He finally ruled that the cause of death was an overdose of alcohol and pills.

William Whaley was the cab driver who said he picked up Lee Harvey Oswald at the Greyhound Bus station and drove him to the spot where the alleged assassin shot down Officer J. D. Tippit. He was the only man to spend time alone with the gunman after the shots rang out in Dealey Plaza. Whaley was killed in a head-on collision, the first Dallas cabbie to die on duty since 1937.

Harold Russell told police he saw Tippit’s killer escape. He would later die when he went out of his mind at a party, ranting and raving and screaming that he was going to be killed. Police came. One hit him in the back of the head with a pistol. He died at the hospital. Heart failure, they said.

Gary Underhill was a former CIA agent, and he claimed to know who was responsible for the assassination. He never whispered his secret to anyone. He was shot to death. Suicide, they said.

Delilah Walle had been working at Ruby’s strip club and let it be known that she was writing a book on what she knew about the death of Kennedy and Oswald. Her fiancé proposed. She was married, and twenty-four days later, her husband shot her.

Lee Bowers witnessed the assassination. He was also the man who reported that the fatal shots might have come from the grassy knoll. He did see flashes of light and smoke. He was standing on an eighteen-foot tower at the time and had a birds-eye view of it all.

Bowers died when his new company car veered from the road and hit a bridge abutment without ever slowing down. The doctor who rode with him to the hospital said Bowers “was in some strange sort of shock, a different kind of shock from what an accident victim experiences. I can’t explain it. I’ve never seen anything like it.”

The litany of names and deaths linked to the assassination go on.

“I’m up to a hundred and fify,” Penn Jones said the last time I saw him.

Do I believe what Penn Jones told me?

But I believe that Penn Jones believes what he told me.

The clincher, he said, was Jack Ruby. “

What about Jack?” I asked.

“They took him to the hospital for pneumonia,” he said.

I could have learned more.

But I never spoke to him again.

The next time I saw the name of Penn Jones, it was in an obituary.

You can find many stories about fascinating people I’ve interviewed in The Man Who Talks to Strangers. Please click HERE to find my memoir of sorts on Amazon. 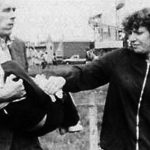 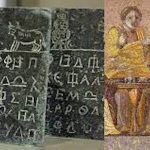