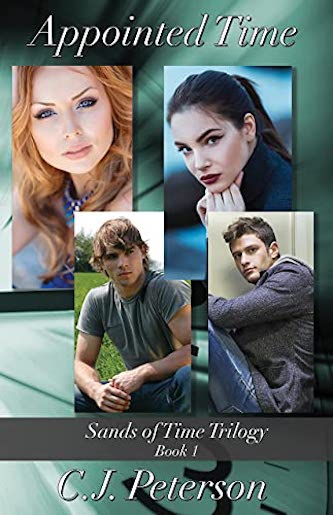 Enter the exciting world of Christian Science Fiction, a game of chess with moves and counter-moves, and there can only be one victor.

C.J. Peterson is an eight-time award-winning, multi-genre published author since 2012.

She is also a podcaster, blogger, and publisher who knows how to relate well to folks of all ages. She has four series currently out: Grace Restored Series, The Holy Flame Trilogy, and the Divine Legacy Series for young adults and adults, where the characters crossover storylines.

In her series of books, the spiritual realm crosses into the physical. Where there’s dark, there’s light. Where there are angels…there are demons. It’s an edge of your seat journey, that will have you holding onto the pages for dear life!

The stand-alone book, Strength From Within, is also a part of this series, along with the Christmas novella: Christmas A.N.G.E.L.s! This full-immersion series is one you have to experience for yourself!

Her newest series dives into the world of Christian fiction SciFi: The Sands of Time Trilogy! An exciting Christian Fiction SciFi series! In the game of chess, there are moves & counter-moves. There can only be one victor. This series follows a group of teens with abilities as they go through the US to rescue their siblings. The challenger is their sadistic creator who has the money & power to win at any cost.

“While the stories are fiction, the journey is real.”

All we have in this life is the time we are granted. Like sands of the seashore, our lives depend on where we land. Some grains of sand land in an oyster, and are turned into beautiful pearls. Some land at the bottom of the seafloor, and become beds for bottom feeders.

Blake and Holly Hunt, and Adam and Deanna Roth all were created for a purpose by Professor Noah Roth. There were many years the genetic manipulation did not allow the babies to be viable…until the four. He had big plans for the children. Two nurses, Ben and Grace, had a different idea.

This is a tale of two sets of gifted children. One pair was raised in a caring environment and taught to strengthen their gift with love and respect.

Proverbs 27:1 – “Do not boast about tomorrow, for you do not know what a day may bring.”

“Time slips through our hands like grains of sand never to return again. Those who use time wisely are rewarded with rich, productive, and satisfying lives.” Robin Sharma 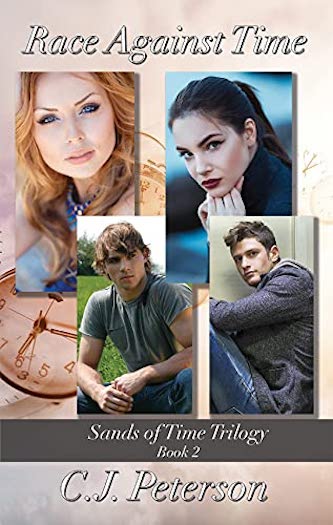 Professor Noah Roth is possessive of his children – the children he created by genetic manipulation. When Ben and Hope took Holly and Blake in order to give them a better life, they knew their days were numbered. Continuously looking over their shoulders, they still missed it when the Clinic made their move by sending a group, along with two gifted after them.

Adam and Deanna Roth thought they were on the right side of things until they ran into the other two gifted – Holly and Blake. Presented with another perspective, Deanna and Adam agree to help Holly, Blake, and Sheriff Wyatt rescue Hope and Ben, as long as they help Deanna and Adam rescue the other siblings still under the control of Professor Roth.

As the five head toward Maine, the youth group kids who became close to Blake and Holly over the last few weeks, decided to help them by doing research. Unbeknownst to them, they stumbled onto information the Clinic did not want out.

After each of their homes were invaded, the kids had to make a choice – join the others in the rescue attempt, or stay home, therefore putting their families in danger.

Will they make it in time to help the others, or will they be too late? It’s a Race Against Time!

Joshua 1:9 – “Have I not commanded you? Be strong and courageous. Do not be frightened, and do not be dismayed, for the Lord your God is with you wherever you go.” 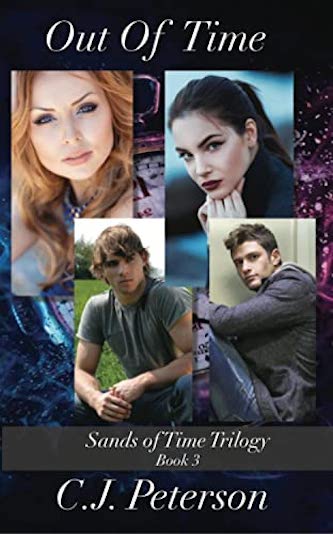 With the Maine Facility teens released and the Willow Bend teens safely tucked away, the next phase was to rescue the kids from the Wyoming and Oregon Facilities.

Colby is driving Holly, Blake, and Adam to the Wyoming Facility. Meanwhile, Wyatt is driving Deanna, Eddie, and Freya to the Oregon facility. Both teams are unaware

The Professor is waiting for them with plans in place. With both facilities in lockdown, will the teens be able to rescue their siblings?

Will Hope pull through from the damage inflicted by Professor Roth?

Are the Willow Bend teens, Gemma, Bells, and Hope safe all the way over in Philadelphia, or are they still a target?

Everyone has to be ready for this mental chess game. Moves and countermoves are being made. Calculations are continuously changing. Who will come out the victor?

Will it be The Professor or the teens? Can the teens succeed, or are they Out Of Time?

1 Peter 5:8 – “Be sober, be vigilant; because your adversary the devil, as a roaring lion, walketh about, seeking whom he may devour.” 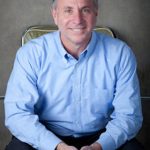