“Readers don’t care about the fight,” he said.  Why not? He shrugged. “The fight has nothing to do with the story.”

I had known him for only three pages, and already he was perturbed when he came into see me.

He was good looking in an ugly sort of way.

Had a knife slash in his neck.

He wore jeans and a tee-shirt, both blue, the shirt ripped.

Both needed another spin in the washing machine.

Dirt had ground its way into the fabric.

His name was Arthur.

A bruise had grown purple beneath his left eye.

A tooth was missing.

Blood had dried around the wound on his neck.

“What’s the problem?” I asked.

I figured he didn’t like it because he lost the fight.

“What about the book?”

“You started in the wrong place.”

“You started with the fight.”

“Readers like a book that starts with a bang,” I said.

“Readers don’t care about the fight.”

“The fight has nothing to do with the story.”

I stared out the window for a moment and thought over his words.

Finally, I said, “I wanted readers to know how you got the scar on your neck.”

“Readers don’t care about the scar,” he said.

“A scar gives you a certain image.” It was a weak defense. “You have a scar, and readers know you’re a tough guy.”

“I thought you were.”

“But what makes you a loner?” I wanted to know.

I knew Arthur as well as anyone.

I obviously didn’t know him as well as Arthur did.

“What’s the story about?” I asked.

“A stranger comes to town.”

“And you’re the stranger.”

“A man is dead,” he said. “A good man is dead. Somebody must pay, and the police need a suspect.”

“And they suspect you.”

“Why was the man killed?”

“Somebody was in love with his wife.”

“Are you in love with his wife?”

I asked the obvious question.

“So where should the story begin?”

“Start it at the beginning.” He laughed. “Start it when the stranger comes to town.”

“Not many people ride the train anymore.”

Arthur stood and walked toward the door.

“Do you still have the scar?” I asked.

By the time Arthur walked through the door, the blood had dried on his neck.

A knife had never touched it.

And somewhere on the backside of my mind, I heard a train whistle in the night. Within a minute or two, a paragraph or two, Arthur had come to town.

Roland Sand is a real tough guy in Lonely Night to Die. Please click HERE to find the book on Amazon. 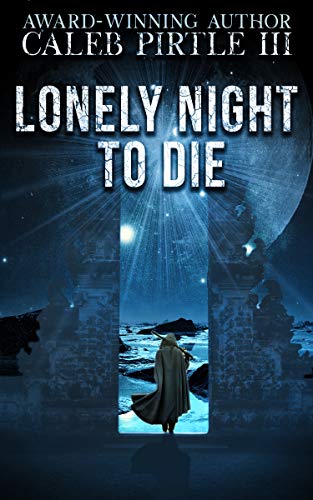