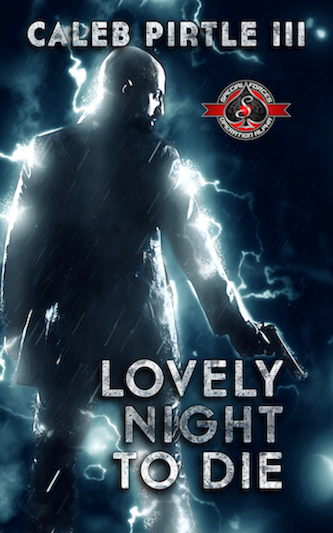 He’s an assassin. But he has a conscience. He makes mistakes, which is why he fell in love, and he’s a stranger to affairs of the heart.

But the assignment for Lovely Night to Die I gave myself was different.

Eleanor is furious, and she is frightened. She has lost cases before. But never has she lost a client. In desperation, he calls Navy SEAL Commander John Nickols to help her track down the missing Roland Sand. She handled a case for one of Hurt’s friends years earlier, and he said she could count on him if she ever needed him.

At Midway Airport, Sand awaits the arrival of Air Force One. The President comes down the steps, and Sand sees Eleanor in the greeting committee. He is told, “Kill the President or we kill the lady.” He has only a second to make up his mind. And Nickols knows, if necessary, he must kill Sand to save the President.

What if Nickols kills him?

“This novella contains characters that will capture your heart or repulse you. They will keep you wanting answers from page one to the end. The twists and turns keep you on the edge of your seat and turning the pages.

“There’s a lot of intrigue and gunplay in the story that keeps you saying, “Just one more chapter and I’ll put it down,” repeatedly. Of course, there are also parts that grab you by the heartstrings and make you wish you could manipulate the outcome. Roland Sand is a fascinating character for me, as are Eleanor and, to me, the lovable John Nichols.

“They all finally come together to create an ending that will blow your mind.”

I only knew the ending blew mine.