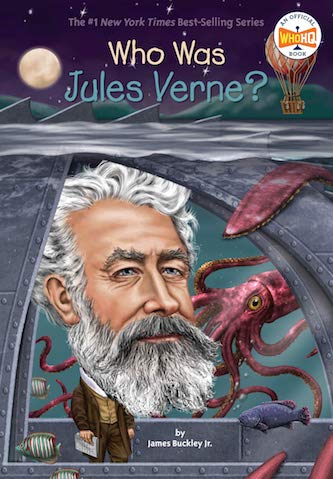 Jules Verne sat down in 1865, wrote a novel he called From the Earth to the Moon, and staggered the imagination of mankind.

Jules Verne stared into the night skies and marveled at the greatest mystery of them all.

He could not remove his eyes from the moon.

Could man ever reach the moon?

It was a question he could not forget.

Would man ever leave his footprints on the moon?

He thought it possible.

Everyone else thought it was impossible.

Jules Verne sat down in 1865 and wrote a novel he called From the Earth to the Moon.

For a century, it staggered the imagination of mankind.

It tempted the wanderlust inside us all.

Verne was only writing a book.

He was telling a story.

No one realized just how eerily accurate his predictions would really be.

Verne’s spacecraft was shot from a cannon named Columbiad.

Verne’s spacecraft was made of aluminum, which virtually unknown in 1865.

The Columbia was made almost entirely from aluminum.

To slow its speed, Verne’s spacecraft used retro-rockets, which hadn’t been invented then.

Apollo 8 and Apollo 11 used retro-rockets, which had been invented a hundred and six years later.

The space pioneers in Verne’s novel considered seven sites in both Texas and Florida for a launch site before settling on Stone Hill, just south of Tampa.

NASA considered seven sites in both Texas and Florida for a launch site before settling on Cape Canaveral, just west of Tampa.

Verne’s spacecraft splashed down in the Pacific Ocean.

A U. S. Navy vessel picked up crew members from both space shots.

Verne’s was named The Susquehanna.

Apollo’s was named The Hornet.

And the question remains.

How did Verne know so much so many years ago?

He had a scientific mind and was intrigued with the impossible.

He taught us how it was done.

Verne never made it to the moon.

We found some dirt.

We brought back a few rocks.

But there it sits in the sky and glares back at us night after night.

Sometimes the size of a fingernail.

Mostly the moon is the color of alabaster.

But it can be orange.

The moon is as mysterious today as it was when man first saw it, when Verne first wrote about going there, when Neil Armstrong and Buzz Aldrin walked among its craters.

We didn’t learn much.

At least we weren’t told much.

The moon keeps its secrets.

And it talks only to lovers at night, to poets who wander among the stars, and to writers who envision other worlds on the far side of a landscape where only our imaginations dare to tread.

Please click HERE to find my Boom Town Saga Mystery, Bad Side of a Wicked Moon, on Amazon. 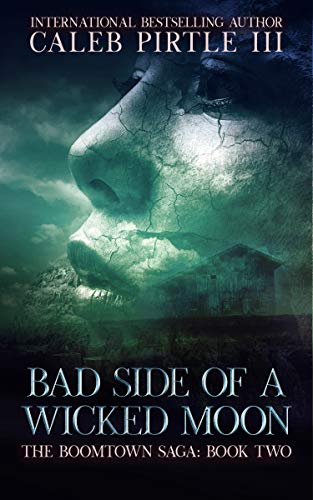