The bottom had fallen out of the petroleum business. A barrel of oil was barely worth more than a barrel of spit.

Buried somewhere between the pages of every book of fiction and non-fiction alike is a mystery, a scene of intrigue, an unexpected moment of tension or confrontation that jars the reader’s imagination, veils a character with a mask of uncertainty, and provides the story with another rich layer of doubt and apprehension.

And everybody loves a mystery.

Life itself is made up of doubt, uncertainty, intrigue, and, on more than one occasion, a little mystery. At least you stumble across a fork in the road and have no idea whether to turn left, right or go straight. And, regardless of your decision, you have no idea what the consequences may be.

I was writing Gamble in the Devil’s Chalk about the battle for oil during the Giddings boom during the 1970s. And out of the blue, before I even knew he was around, here came Jim Dobos.

Jim Dobos lived in a little shotgun house beside the railroad tracks near Old Dime Box in central Texas. He had been born into hard times and never left.  The badge on his shirt made him a constable. The badge made him important. Jim Dobos was a big man, broad shoulders, weighing almost two hundred and fifty pounds, and he was a man who carried a pistol for one reason.

He wanted a cause or a reason to use it.

Down in Burleson County, he and a friend leased a thousand acres simply because there was an oil boom going on, and one man had as much of a chance getting rich as the next guy. He and his partner knew absolutely nothing about the science of drilling and completing a well, so they brought in a third partner, and he did

A few months and a dozen or so wells later, Jim Dobos and his partners sold the wells, the leases, and the reserves for fifty-three million dollars.

The constable made a brave effort to change his lifestyle. He had always been poor, and now he had money, and he could not figure out how to spend it all. Not wisely anyway. He retired his badge. He stayed in the oil business. He bought a six-passenger Aerospace CL helicopter. He hired a Vietnam marine veteran to fly it.

The copter would skim along two hundred feet above the ground with Dobos leaning out of the side and shooting running coyotes with a .357 Magnum pistol. He would hit them right below the left year. He was known in the oilfield as the damndest shot any of them had ever seen.

Jim Dobos loved poker. He loved sports. Mostly, Jim Dobos loved to bet on them. He never met a bookie he didn’t like. Jim Dobos had a reputation, and it wasn’t sterling. He wasn’t good about paying his bills or keeping tabs on his money, and bookies and oil operators had short memories when the invoices lingered too long on the wrong desk.

Dobos wasn’t trying to shortchange anyone. He simply wanted to keep his money for as long as he could before losing his grasp and seeing it leave town in somebody else’s hip pocket. A dollar gone was generally not a dollar coming back. Bankruptcies had a tendency to follow in the wake of his business deals. Gambling debts were staggering. And after a while, he began having trouble finding partners or investors in the oilfield.

Get your money upfront.

That was the warning.

Jim Dobos could make it disappear. Not even Dobos knew where it had gone.

By early autumn of 1991, the bottom had fallen out of the petroleum business. A barrel of oil was barely worth more than a barrel of spit. The oil patch was suffering. No one could see the light at the end of the tunnel. No one could find the tunnel. Only a short, narrow bridge separated wealth from poverty, and it was crumbling. Oilmen who went to bed rich weren’t sure they wanted to wake up the next morning and face another day of turmoil drilling in the Austin Chalk.

At first, someone only saw the smoke pouring from the roof of a mobile home parked back behind the office of the Dobos Corporation on the outskirts of Old Dime Box. It was a Monday afternoon, and fires were a dime a dozen in the oil patch.

Firemen burst inside and found Jim Dobos lying across a bed. His mother, seventy-four-year-old Magdalene Kati Dobos, was seated in a living room recliner.

Both were quite dead.

During those first brief moments of the investigation, it was believed that mother and son had probably died tragically from smoke inhalation. An autopsy told another story: gunshot wounds from a high-powered, .357 Magnum, the kind Dobos used to shoot down coyotes running two hundred feet below his helicopter.

The gun lay near the body of Jim Dobos.

A representative from the State Fire Marshal’s office determined that a liquid substance of some sort had been poured in a bedroom closet and ignited. Texas Rangers privately suspected foul play. The gossips around Giddings thought it was an odd and uncharacteristic way for Jim Dobo, the former constable of Precinct Six, to die.

Maybe he had crossed one man too many, they whispered. Maybe he was involved with a bookie, who preferred to be paid on time, a bookie with a gun, a bookie who had access to the .357 of Jim Dobos. Maybe a bad deal or a stolen deal in the oilfield had simply claimed another victim. The former constable could count his friends on one hand. His enemies were legion.

The Travis County Medical Examiner was not swayed by idle opinions or gossip.

His mother was a victim of Parkinson’s disease. And Dobos had suffered a stroke or two. Jim Dobos, he reasoned, simply sent home one afternoon, set fire to a mobile home to destroy the final traces of his existence on earth, put his mother out of her considerable misery, lay down on the bed, jammed the muzzle of a pistol against his head, pulled the trigger, and splintered his skull.

For a split second, he knew what the coyotes felt. 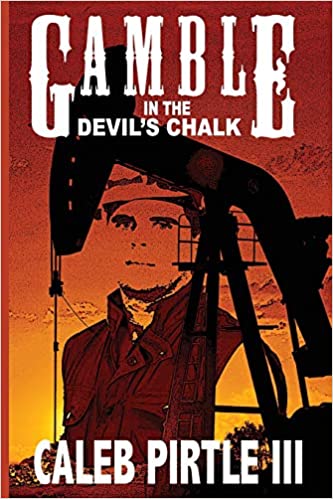