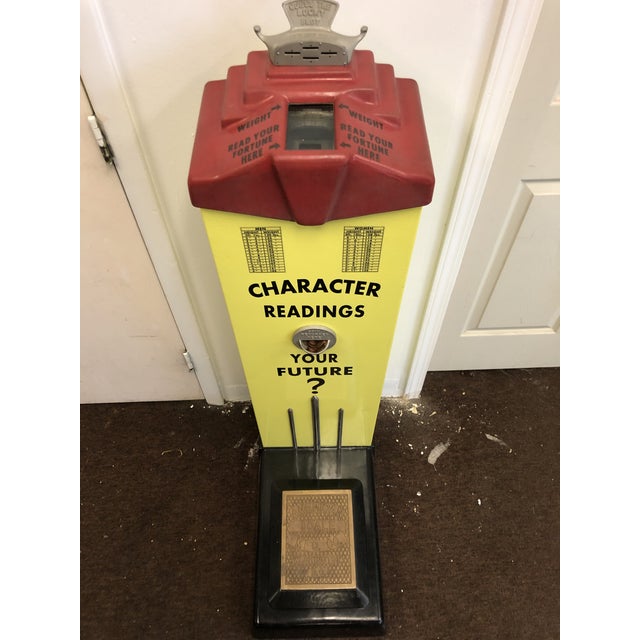 When I was a boy and had a penny, I’d hop on a downtown scale – already aware of my weight, but curious about the “fate” part.

Perhaps the most current evidence that August falls into the “dog days” category appeared in “neighborhood news” the other day. Most of us “slog” through these stifling days, and media folks scrounge around for news stories when little seems to be happening.

For example, a woman in our neighborhood appealed for household scales that she might “borrow or buy.” Many folks responded, proving yet again that neighbors generally like to help when needs are identified.

In a nutshell, she explained that her scales–purchased for around $60 a few years ago–weigh items and people differently when used in different rooms….

Such a mystery invites head-scratching, doesn’t it? Many suggestions poured in, including the obvious, like insertion of fresh batteries and careful placement of scales on level floors. She tried everything to no avail.

She believes that her scales have many years of life left, if only she could figure out why placement in different rooms produces different readings.

Perhaps this is an “August thing,” when one is running out of ideas about what to do when there’s nothing to do. Placing two scales side-by-side could make the puzzlement even worse, but she wants to try. (Thankfully, a reader said she has an extra scale and will drop it off.) All considered, though, until we feel the fall crispness of an autumn night gently cooling oppressive heat, we’ll continue to challenge that “summertime song” about “living being easy.”…

The subject of scales jogs my memory. In my childhood, tall scales stood in most stores, offering our “weight and fate” for a penny. When we had one, we’d hop on the scales, already aware of our weight, but curious about the “fate” part.

One could hardly expect to seek a fortune teller for one-hundredth of a dollar.  Never mind that the cards harmlessly prophesied sparkling personalities, good jobs, and much happiness.  A friend remembers a guy waiting to board a bus to Albuquerque. He had time to spare and decided to hop on a “weight and fate” scale….

Out came a card that he weighed 180 pounds, had blue eyes, and held a ticket for a bus ride to Albuquerque. The man was astounded that the machine knew so much. He still had time and several more pennies. So, he inserted two more coins, with identical results.

In a stupor exceeded only by his curiosity, he decided to spend one more penny to see if his “fate” varied at all. After all, he was thoroughly entertained at a cost of only four cents.

The final card read: “You weigh 180 pounds, have blue eyes and a bus ticket to Albuquerque, However, the bus left the station one minute ago.”…

My Uncle Mort recalls an August conundrum several years ago when his “stubborn old truck” wouldn’t start when he bought vanilla ice cream but kicked right off if he chose chocolate. He shared his concern with a mechanic.

He asked Mort to take him along on a couple of ice cream trips. Sure enough, the truck wouldn’t start if they had vanilla but kicked right off if they chose chocolate. The mechanic was stymied.

Eureka! The “vanilla purchase” (noted: “soft serve”) was quick, so the engine was still hot. The chocolate, however, was frozen hard, thus requiring a few more minutes, during which the engine cooled. Mort didn’t say how much the mechanic charged, but it may have been the price of a couple of ice cream cones….

As I’ve so often claimed, Mort’s “wheeling” is exceeded only by his “dealing.”

The “weight and fate” story reminded him of a long-ago aunt who was such a heavyweight, a recorded message said, “One of you will have to get off the scale.” Doctors tired of recommending weight-loss measures. As both her years and pounds increased, they suggested that she should simply “practice being jolly.”

Don Newbury is the author of the humorous and inspirational memoir When The Porch Light’s On. Please click HERE to find the book on Amazon.