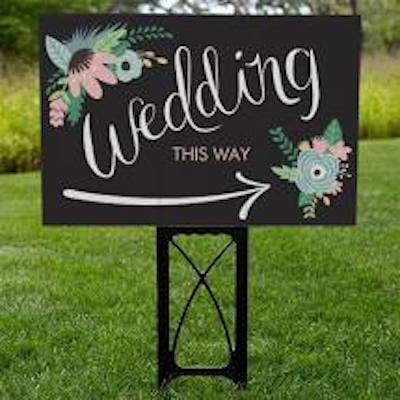 They dabbled with a few high-tech features for an online wedding and missed badly in a face-blushing manner.

The words “wash and wear” exploded in the 1950s, thanks to the introduction of treated cotton and synthetics that meant clothing could be worn straight from the washing machine. Ironing board sales plummeted, and housewives singing “Wash Day Blues” gave way to “Happy Days are Here Again.”

Never in our dreams–up to and including wildest–did it occur that “wash and wear” would be used around the world today, or near thereto.

We hear it endlessly: “Wash your hands. Wear your masks.” (And when allergies activate runny noses under the masks, the suggestion is to “drip dry.”)…

I have long been disappointed by insensitive folks trying to “score” with jokes about serious illnesses.

A prominent minister several years ago mentioned–from the pulpit–that several of the church’s deacons had aids.  He added quickly, “hearing aids.”

That’s what he’s remembered for–forfeiting much of his “admiration capital” by telling an unkind joke….

Sometimes, poor hearing and lousy judgment team up to embarrass.

During a recent telephone visit between two men whose average age is 83, one thought the other said, “I have COVID-19.”

The following “foul-up” happened recently to an older couple who pretty much use the computer only to ask questions of “that lady in the iPhone” and occasionally for exchanging emails.

Oh, they dabble in a few other technological features, but their “hit or miss” computer adventures usually take them to the “tall weeds.”

On a recent occasion, they missed badly in a face-blushing manner….

Their kinship with a relative getting married wasn’t close enough to warrant an invitation, but they were given careful written instructions if they wished to access the ceremony live on the internet.

They thought they could handle the technological challenge, even discussing how they might have the better end of it. They wouldn’t even have to think twice about “dressing up,” and they’d be able to snack and gab as they saw fit during the knot-tying.

When half of their computer screen showed the wedding scene, they didn’t realize that for others down the line, their computer camera was showing them to online “guests” on the screen’s other half.  They were “on camera” throughout the wedding, making what they thought were frank comments intended to be heard only by each other. “What a mess of a hair-do,” one said. “Reckon she got her hair done at the quick-fix auto shop?”

The other spouse contributed, “The dress is anything but flattering. She shore has porked up a bit,” and “You’d think he would have gotten a fresh haircut!”…

Soon after the wedding, their phone started ringing.

The couple trotted out numerous excuses, all feeble comments of the “if-we-had-only-known” variety.

Making the “goof” even worse was that several people recorded the ceremony, realizing that it would be viewed repeatedly up the way, not for the “ceremonial half,” but mostly for the comments made by a couple of old duffers on the other half of the screen. I’ll not address the matter further, since I fear that words like “blackmail” and “stupidity” might somehow sneak into the commentary….

While on the subject of “wishful undoing,” brain trusts of the former Washington Redskins no doubt think forebears could have chosen an acceptable mascot for now and forever. They’ve ditched the “Redskin” moniker, and now are the “Washington Football Team” until a new mascot is selected.

Political correctness will be served at the cost of millions of dollars in changing logos, letterheads, and so forth. (Doesn’t PC suggest the Kansas City Chiefs should be squirming?)

If important for the name to reflect something indigenous to Washington, how about the Washington Deficits?  Wannabees?  Filibusters?  Wampum-Wasters? The Washington Wash-Outs might work well, since the team has been “hung out to dry,” 0-5 out of the gate….