Naismith invented “basketball,” a game he proposed to be “gentlemanly competition important to physical and spiritual development.”

The late James Naismith, an accomplished educator/physician/minister/philosopher, also was an inventor.

An 1891 collegian, he took seriously the assignment to “invent” an indoor game to replace “thumb-twiddling” on dreary, cold, snowy days when youngsters ventured outdoors only to fetch firewood.

He came up with “basketball,” a game he proposed to be “gentlemanly competition important to physical and spiritual development.” Peach baskets were nailed to walls on each end of the floor and a custodian with a ladder removed the ball when baskets were made.

There were but 10 basic rules. When it became an Olympic sport in 1936, it had hundreds of rules, becoming far more than a parlor game gone awry. Naismith, who died in 1939, wouldn’t approve of the mayhem his “invention” has become….

Instant replay has been added to help officials get it more nearly right.

Video reviews from various angles and at different speeds may sometimes help, but the game’s flow is lost in the process. Many closely involved with the sport hate it.

I have never seen instant replay to assure fairness for jump balls, where it could be immensely helpful. Naismith explained that when the ball is held simultaneously by opposing players, it should be tossed in the air at the nearest circle, with the two jumpers challenged to tap the ball to teammates….

Here’s my beef: Almost never is the ball tossed STRAIGHT UP. Usually, it favors the “jumper” who perhaps feels the “whoosh” of the ball upward as it passes his/her nose.

Perhaps not quite so often–but too often–one jumper taps the ball BEFORE it reaches its ultimate height, thus favoring the one who ignores the rule.

Where’s the re-play camera when we need it? Too often, officials ignore such infractions, electing to “play on.”…

Officials could also strive to toss the ball STRAIGHT UP, trying also for tosses of similar elevation.

Players would soon learn that hitting the ball on the way up is not permitted.

During a recent NBA game when the Dallas Mavericks took down the Los Angeles Clippers in overtime, Dallas star Kristaps Porzingis was fouled following a held ball. The 7’2” cager called “the unicorn” clapped one time–just once–to indicate his pleasure.

Official Kane Fitzgerald failed to view the clap as an endorsement, quickly assessing a technical foul to the stunned Porzingis.

It is worth noting that LeBron James has been ejected only twice during his 19-year NBA career, both times by Fitzgerald. Coincidence? Who knows, but there are six dozen NBA officials. When they seem bent on getting their names in bold print of the game story instead of small type in the box score, they deserve the time-honored nickname of “rabbit ears.” There are many competent and reserved officials, so much in the background that most fans don’t even remember they were present. A few, though, should be penalized, demoted, or even eliminated….

What are coaches and players to do when a big part of the game is determining officials’ temperamental leanings?

Basketball is becoming a sport improbable to coach and impossible to officiate, far from the game Naismith had in mind.

My old dad officiated three-day high school basketball tournaments in the 1930s for a total of $15. Sometimes tournaments had as many as 16 games!

I officiated games for small schools while in college a quarter-century later. Then, two officials were assigned, each receiving $15 for working both girls’ and boys’ games.

Admittedly, sheriff deputies once escorted us from the gymnasium following a heated Gustine/Sidney girls’ game that determined which team would advance to the play-offs. We wanted to leave quietly, but the intense rivalry made a civil exit improbable, if not impossible. Surely it wasn’t our incompetence….

Don Newbuy’s inspirational and humorous memoir, When the Porch Light’s on, can be found on Amazon. Please click HERE to find the book. 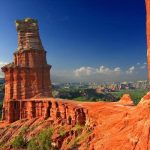