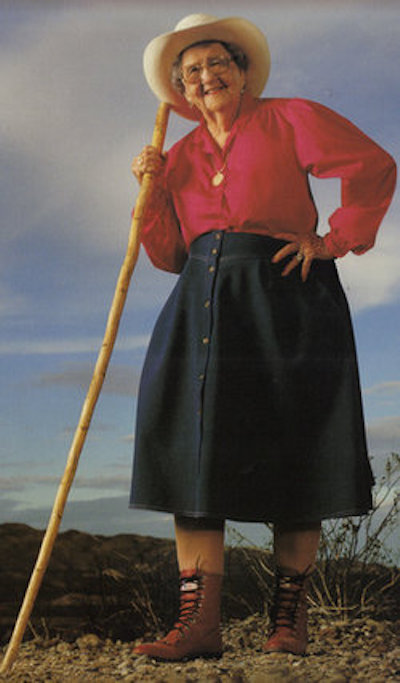 At the Apollo 11 press conference, don’t assume that Hallie Stillwell was intimidated by the astronauts, great writers, and golden-throated broadcasters.

What are the odds that two remote communities in the far reaches of West Texas would have much in common in what we’ve called the “space race” since Russia launched Sputnik? The USA shifted into overdrive with its Apollo 11 project for Neil Armstrong and Buzz Aldrin to make the first footprints on the moon.

Now, exactly 52 years later, Amazon founder Jeff Bezos and three other passengers have made a 66-mile journey to the edge of outer space, there and back in 10 minutes!

What, you may ask, does this have to do with two “far reaches” in West Texas? One is obvious, what with Van Horn being chosen for Bezos launching of the Blue Origin. The other “far reach” is but 80 miles away in an even smaller community, Fort Davis, Texas, where the crew of Apollo 11 had one of its final news conferences. (Fort Davis is located near McDonald Observatory, one of the crew’s “prep” stops.)…

At Fort Davis before the launching–and at Van Horn when the foursome returned the other day–probably similar questions were posed. Radio/TV/newspaper figures from throughout the world know which questions to ask and how to interpret responses.

In Van Horn, however, one person was missing who would have come up with a corker of a question. Her name was Hallie Stillwell, who died in 1997 at 99 years of age.

For the longest time, this versatile ranch woman and member of the Texas Women’s Hall of Fame wrote a weekly column for the Alpine Avalanche. Her focus narrowed greatly for her readers who, let’s say, were in the “teeming hundreds.”….

She was sent to Fort Davis for the Apollo 11 news conference, where world-renowned news personalities gathered. There, too, was Hallie, tablet and pencil in hand.

Don’t assume that Hallie was intimidated by the astronauts, great writers, and golden-throated broadcasters. She had every bit as much spunk and grit as Marjorie Maine and Irene Ryan, who held their own against their husbands and the world in “Ma and Pa Kettle” and “Beverly Hillbillies” movies.

Whatever Hallie attempted, she scored high, perhaps the most versatile woman ever from the Old West….

Should Hallie be on your “Google radar,” don’t stop with the first paragraph or two. Oh, during her early adult years, she was what her folks probably would have called a “proper woman,” a schoolteacher and all.

Uh oh. She fell in love with a rancher twice her age, and when 20 was in Presidio teaching school. (Pancho Villa was wreaking havoc on both sides of the border at the time.)

When her husband died at age 48 in a trucking accident, she took on all the ranching duties, but that’s not all. She was a lecturer, author, historian, and community leader. Finally, she moved into Alpine, where, for many years, she wrote her weekly column and served as Justice of the Peace. To call her “colorful” might be the understatement of the space age….

During my tenure at Sul Ross State University 1963-1967, I knew Hallie and another legendary character named John (Cas) Casparis. The Alpine airport is named in his memory. (In aviation, they say there are “old pilots” and “bold pilots,” but no “old, bold pilots.” Well, Casparis qualified. He liked to shoot wild animals–as well as birds in flight–from his open cockpit. Who knows the exact names of his prey?)

Some claim he was as colorful as Hallie, and that his take-offs and landings didn’t always come out even. He had scars to prove it….

Back to Hallie, at the Apollo 11 news conference.

After the media moguls finished their barrage of questions, Hallie held up her hand, asking what millions of Americans secretly wondered.

“You fellers don’t really think you are going to set foot on the moon, do you?….

Don Newbury’s humorous and inspirational memoir is When The Porch Light’s On. Please click HERE to find the book on Amazon.