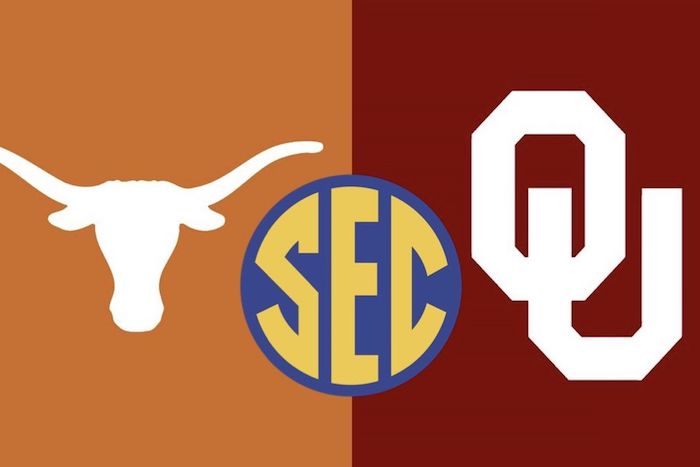 When it comes to the high-finance world of college football, most coaches, players, and fans don’t want level playing fields, now, later, or ever.

Blackie Sherrod – arguably the best sportswriter this side of the ancient Olympic Games that begun in Greece seven centuries before the birth of Christ – had a name for us. He classified us as drones and worker bees, mostly “9-to-5’ers” with little hope of ever getting ahead.

He called us “The Great Unwashed.” He described the masses as they chowed down on whatever gruel the monied guys opted to shove down our throats. Sherrod figured that sports fans among the great unwashed asked few questions and gulped down whatever the TV brass doled out.

We eat it, though, pretending it’s cake….

This thought re-surfaced recently when the Universities of Oklahoma and Texas–thinking the grass on the fence’s yon side to be greenest–bolted to the Southeast Conference.

The Big 12 is green enough for most, but TV revenue in the Southeast Conference is the greenest of all.

The remaining members of the Big 12 passed on the perfect opportunity to rein sports in a few notches. Coaches, athletic directors, and institutional presidents would have none of that. And members of policy-making boards (trustees, regents, or whatever) made no waves….

Here’s what could have happened. Texas institutions remaining in the Big 12 could have surveyed several other schools around the state (SMU, Universities of North Texas, Houston, Texas-El Paso, Rice, Texas State, and Texas-Arlington come to mind).

The “pitch” would have been to organize a league with member schools staunchly committed to the strictest of rules, playing for conference championships. Period. Nothing more.

Let the NCAA go its merry way. Would this affect TV revenue? Most assuredly….

But “wayda” minute. Were intercollegiate sports introduced to colleges and schools to make money, or to provide a wholesome activity good for students at large, as well as athletes?

Policy-making boards could hasten back to history instead of turn heads the other way.

In Texas, there still would be plenty of interest to merit substantial TV support without the sale of souls….

Some poor guy who said that every time he thought he’d caught up with the Jones, they re-financed.

That’s the way it is in the NCAA. A few powerhouses will win national championships most of the time.

Some, trying to keep pace, cut corners from the very “soul fabric” their institutions claim. Messes of pottage simply aren’t worth it. In leagues dominated by the same schools year after year, playing fields are tilted. Soon, integrity is ignored and outright cheating occurs. Ask SMU fans who saw their Mustangs corralled by the NCAA in the ‘80s, or, more recently, Baylor University. These school’s names have been tarnished, and will remain so for a long time….

Recalled is a scene from 12 Mighty Orphans. When the late Rusty Russell arrived to start Masonic Home’s football program, he discovered that they not only didn’t have a football field, neither did they have a football.

Athletic teams don’t have to be diamond-studded or otherwise bejeweled. In yesteryear, fans could afford tickets. Students could pile into cars or buses to follow their teams to almost all road games.

Coaches’ salaries could be in line and great rivalries restored. When fields became unlevel, administrators could intervene. Short of this, boards could–and should–step in….

Forty-one years ago, I was named president of Western Texas College in Snyder. The previous year, the men’s basketball team won the NJCAA championship, wrestling the biggest trophy away from usually powerful Midland College.

I should have encouraged intercollegiate sports in perspective. I believe other institutions would have come alongside, and that common sense, faculties, and taxpayers would carry the day. How refreshing it would have been to see team rosters dominated by Texans.

After all, public institutions are established by Texans and supported by their tax dollars. Oh, woe is me. Most coaches, players, and fans don’t want level playing fields, now, later, or ever….

Please click HERE to find Don Newbury’s humorous and inspirational memoir, When The Porch Light’s On, on Amazon.