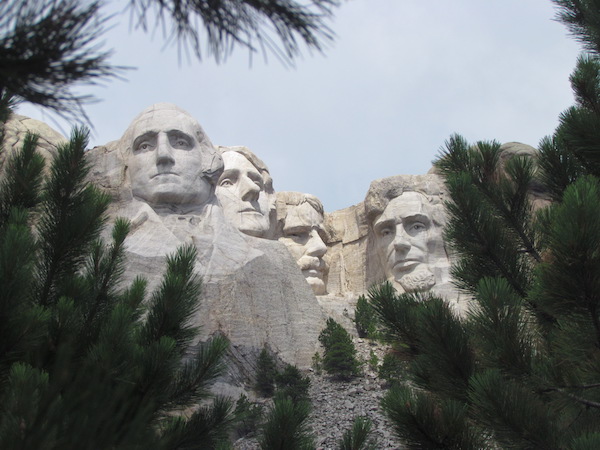 I guess it just takes me longer to find the important things in life. Dad always said I was slower than a bread wagon with biscuit wheels.

I am admittedly a slow learner. Asked on a game show to name the presidential images at Mount Rushmore, I would redden with embarrassment. Only in recent years have I been sure there are four honorees. Even now – if asked how many – I’d likely wither under the pressure of TV’s bright lights, meekly asking if the number is between one and ten.

Last year, I learned that in the eyes of many merchants – squinted as they may be – that I am a military veteran, even though my “active duty” was limited to a couple of weeks of National Guard training at summer camps, 1954-1962. This means I missed 59 years of discounts at Lowe’s, and dozens of other firms. (It was at Lowe’s that an associate explained my veteran status to me!)

That aside, I pledge to continue to share discoveries made along the way if I think they might benefit others. I’ve rarely done so since picking up the quill almost 20 years ago….

Uncle Mort – my imaginary kin whom I think would prefer references to his being “100+” than the 109 he “actually” is – suggests expansion of my topics, focusing more on what people on the street are gabbing about. He mentioned the possibility of my writing about crypto mining.

I responded if I wrote about crypto mining, I’d first have to learn more about it. Would I need a shovel, dynamite or wrecking ball? Would I excavate a new mine, or settle for an old one? How would I know crypto if I saw it? Would I need gloves to handle it? Would it require refrigeration or a commercial oven? Would I dare tell others if I find it? Would I try to sell it on the open – or maybe black – market? Should poison control should be called if crypto splashes on me? Are there dangers of becoming a “cryptomaniac?”

He agreed with me; this topic needs to be moved to my “backmost” burner. Thankfully, he didn’t bring up the long-ago description my dad joked about. Dad said I was slower than a bread wagon with biscuit wheels….

I informed Mort that my wife and I, Ray Hildebrand, singer/composer (remember “Hey, Paula”) and Burleson historian John Duke Smith* (our “Gober/Uber driver”) are taking a road trip in August.

Ultimate destination will be Hunt Valley, Maryland, where I’ll be breakfast speaker for Lions International Clubs from The District of Columbia, Delaware and Maryland convening in observance of their 100th anniversary.

Clubs in some other states were chartered a few years earlier, and interestingly, Lions Clubs in Ranger, Eastland and Cisco, Texas, likewise are observing one century of service. (Admittedly, most sentences starting with “interestingly” tend not to be.)…

On the to the trip to Maryland, we’re going to visit the Billy Graham Library in Charlotte, North Carolina, and while in Washington, we’ll check out the Museum of the Bible. On the way back to the Metroplex, stops are scheduled for The Ark in Williamstown, Kentucky, as well as the Creation Museum nearby.

Before re-entering Texas, we’ll have the opportunity to see ducks walk at the Peabody Hotel in Memphis and perhaps visit Graceland for a second time.

If we’re plumb “tuckered out” from the proposed 3,000+ mile pilgrimage, the Memphis stop may be for food only. No doubt, we can resume an argument about why Texas’ beef barbecue is superior to pork. I tried once in Memphis. Not only did I lose the argument, I also endured additional humiliation upon return to my hotel. Babe–the “pig flick”–was running non-stop on the movie channel….

*For persons who want to know more about Gober, Smith’s “growing up” place, I’ll be happy to provide contact information. He claims the “once bustling community had a school, four churches, several businesses and a cotton gin.” Only a church and post office remain in that Fannin County outpost, where city limit signs are nailed to the same post….

Please click HERE to find Mostly Mort on Amazon. It’s Don Newbury’s collection of the wit and wisdom of his imaginary uncle in the Big Thicket. 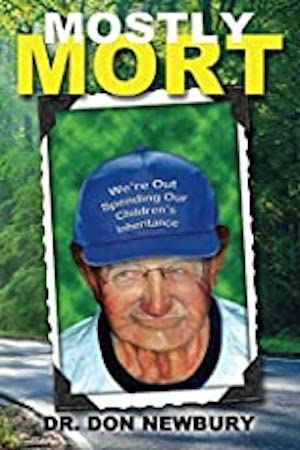