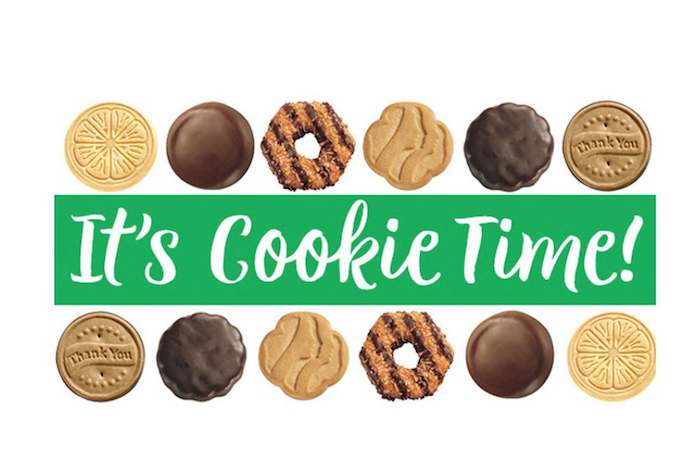 If anything should tug at the heartstrings of America, the 2020 Girl Scout cookie project should rank at or near the top.

If only life could be as simple as that Blue Bell ice cream delivery guy’s view of his job. It seems to take simplicity to another level. “I eat all I can and sell the rest.” That’s what the ad says, as company leadership leans on the old saying about life being a “cinch by the inch and hard by the yard.”

For Girl Scouts of America, clever ads touting secrets for success can’t cut it. My Uncle Mort, who turned 109 on July 4, thinks if anything should tug at the heartstrings of America, the 2020 GSA cookie project should rank at or near the top.

Mort dragged out an old slogan quoted repeatedly by the U. S. Armed Forces during World War II. It was heard and read regularly, “The difficult we do immediately; the impossible takes a little longer.” With 15 million boxes of unsold cookies on hand, liquidating the surplus may seem to rub right up against impossible. “The plight of the Girl Scouts is all over the Internet. If sympathetic Americans across the land will buy a box or two, selling the remaining cookies should be a piece of cake,” Mort believes….

The problem can be laid squarely on COVID-19. The usual order of 200 million boxes was already placed when the pandemic reared its ugly head. Typically, the scouts start ringing doorbells, and their cookies are sold within a few months.

That wasn’t possible this time, so the organization’s long-recognized project to fund its programs is $60,000,000 short.

It is a goal that could be achieved since the cookies have a one-year shelf life. Let’s be proactive in support of this cause. Unlike the Blue Bell driver, the cookie excess is far too great for the scout family to stomach by themselves….

When I talked to Mort, he was in his workshop, munching on a Girl Scout cookie. (He loves the thin mints and has several boxes in his freezer.)

He’s trying to develop a hybrid invention that will “kill two birds with one rock” if proven to be popular, and he thinks it will.

“I  may have the Girl Scouts to thank,” Mort said. He was on his way to looking up something on the Internet when he stumbled onto the Scouts’ problem. His search initially was to confirm something he’d heard about a new backyard rage of showing movies on inflatable screens…

“Now ain’t that something?” Mort joked. “If the dads gather to inflate the screen, there may be enough hot air without using any electricity.”

Turns out, the inflatable screens do seem to be hot items, and are available in all sizes, some approaching the size of actual movie screens.

“I’m not sure how well they hold up for the mayhem of war movies or national calamities, but that ain’t my problem,” he added….

But the word he kept emphasizing was “hybrid.” So what is he planning?

Here’s where it gets fuzzy. Mort is trying to figure out how to put retaining sides on the large screens.

“I’m thinking that if the wind gets high and movies can’t be shown, folks can let the screens lie flat, attach the sides, and ‘presto,’ the screens become trampolines.” Oh, my….

There’s no “off” switch on Mort’s mind. On the back burner, he’s working on a “space candy” recipe for upcoming space ventures.

“Those two mega-billionaires (Sir Richard Branson and Amazon founder Jeff Bezos) have plenty of cash to buy my candy, but for now, I wish they’d just sign checks for all of those Girl Scout cookies. I’ll make that pitch if I can get their PR people to return my calls.” (Again, I groan.)

Mort is surprised that Branson chose to launch his Virgin Galactic rocket for its “race to space” from a pad near Truth or Consequences, New Mexico. “Why would he choose a town with ‘consequences’ in its name?”….

Don Newbury is the author of Mostly Mort, a collection of the wit and wisdom spoken by his fictional uncle in the Big Thicket of Texas. Please click HERE to find the book on Amazon.