I have gone through life collecting people and listening to the stories they tell. Here are a few I wanted to pass on before the year ends.

This is a “catch all” column of items intended for publication during 2022, but somehow didn’t make the cut. They areoffered now, with few breaths remaining in the old year. So, here goes: The late Charles Uxer, longtime school superintendent and for several years director of the El Paso Educational Service Center, enjoyed visiting elementary classrooms. That’s where he heard the most far-out questions.

One long ago day, he visited a second-grade classroom. After introducing him as the superintendent of schools, the teacher asked her students if they had any questions. One girl, eagerly hoisting her arm,asked, “Mr. Uxer, how long do you have to be superintendent before they let you teach?”…

Uncle Mort, a favorite relative for a long time, has more jokes and stories than wife Maude has recipes. Both wouldrequire boxcars if they needed to be moved to other digs. Earlier this year, he told me about an East Texas man who had prayed for years that when his time came to go, he wanted to die in his sleep. “His wish came true just before Thanksgiving,” Mort said, “But the three passengers riding with him are expected to survive.”…

An account of a five-year-old boy’s first “stage appearance” is making the rounds, because many of us secretly feel like “there but by the grace of God go I.” Really, he barely had a speaking part in his church’s Christmas pageant. All he had to utter was, “It is I, be not afraid.” He was sure that he wouldn’t stumble on six simple words. His palms and other body parts slick with sweat, he blurted outs six words, all of which were foreign to the script. “It’s me and I’m scared to death,” he said….

Palmer McCown, a longtime West Texas friend, remembers the day well. He had completed brief remarks at a graveside funeral. The daughter, a lone survivor, sobbed that she had forgotten her mother’s dying wish – that a musician be present to play and sing one verse of “Amazing Grace.” Ever thoughtful, Palmer said sympathetically, “I have my guitar in the car, and I am happy to fulfill the request.”

When he finished, the woman said, “Oh, thank you. Your singing would make the angels cry.” He thanked her, but on the way back to Abilene, decided the response he had felt from the daughter was no compliment at all. Her saying “smile” instead of “cry” would have made all the difference….

A friend  waxes eloquently in writing jokes, stories and poems. Her pen name is Daisy Jo, and she has provided a thoughtful essay as well as a beautiful poem for this fireplace time of the year.

“The Price Is Right!” is an old TV show, one of the few that my parents let me watch faithfully. It is still fun to watch contestants jump up and downmat the prospect of winning all-expenses-paid trips to exotic places, or a new car or a pocketful of money.

In this post-pandemic and pre-recessional age, going to the grocery store could be called, “The Price is Wrong”. This is no game. No one is jumping up and down, and the prospect of checking out for less than a Benjamin is wishful thinking.

Many people extract magical pieces of plastic and delay payment to a future paycheck. Could that be called faith in the future?

And now, her poem, “A Prayer,” is particularly encouraging at Christmas time:

Be my companion and He said, “I am with you.” 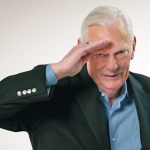 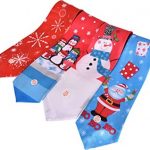