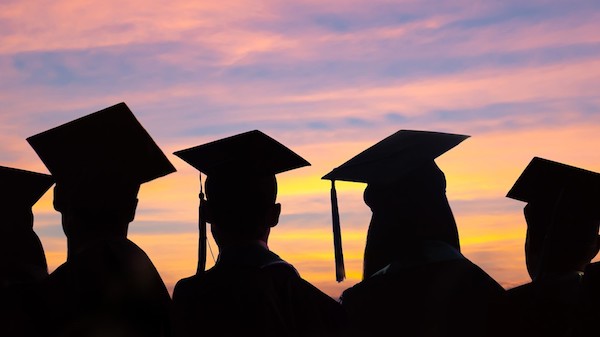 Having spoken at numerous commencement ceremonies, I learned many years ago that rarely is one ever criticized for a speech being too short.

The collective “whoosh” sweeping across the nation this month is the sound of school leaders exhaling, most of them having awarded diplomas, seen graduates throw caps skyward and watch them depart – ready or not – to face the great unknown.

The “whoosh” is as predictable as the next sunrise for administrators participating in events where “pomp” is exceeded only by “circumstance.” Not predictable, though, is whether Murphy’s Law kicks in. Usually whatever can go wrong does.

Understandably, there was considerable “slack-cutting” by school superintendents this year, what with this being the first post-COVID school event worthy of true comparison to the “way we were” pre-COVID. In this piece, I’ll zero in on graduation caps….

Perhaps a better reason for keeping caps “on the square” is the removal of temptation to wear them backwards, since such switching doesn’t change “the look.”

For the past couple of years, though, many school leaders have shortened “thou shalt not” lists, enabling graduates to use their mortarboards as, uh, message boards. Conveyed are futuristic allegiances to whichever colleges or universities have been chosen, whatever pursuits are planned, or depictions just for laughs….

Some laughable messages ride on whether attendees are privy to the graduate’s motivation.

One sticks out. A graduate’s cap was adorned with “tardy slips” collected during her senior year. “I would have included junior slips, too,” she lamented, “But that would have meant getting a larger cap.”

Two guys conspired with smile-inducing messages. One read, “I did it my way.” The second one added, “He thinks he did.”…

At one ceremony, the superintendent spoke for several minutes about one graduate’s list of academic and athletic honors.

A woman seated in the audience whispered into the ear of the person seated next to her, unaware that the latter was the graduate’s mother. “I’d give twenty years of my life to have a daughter like that,” she said.

The proud mother answered, “Well, you didn’t miss it far.”…

Having spoken at numerous commencement ceremonies, I learned many years ago about the importance of brevity. Rarely is one ever criticized for a speech being too short. I’ve also learned that when such events are poorly planned, it is often the speaker who pays the price.

At a long ago engagement, the commencement exercises were held in an old gymnasium. There was no air-conditioning, and several box-like fans did little more than redistribute hot air. The temperature had soared to 101, holding well into the ceremony. Valedictory and salutatory speeches were made, and the new principal made announcements we’ve all grown accustomed to hearing. When he offered instructions to the thirty graduates, however, he invited parents to accompany them on stage if they’d like to do so….

I pinched myself, making sure I wasn’t dreaming. I prayed that the first graduate would cross the stage without accompaniment. Alas, her mother came along, sobbing as she pointed to so many teachers who’d helped her daughter along the way. Two hours had passed before it was my turn. The 10 o’clock hour was at hand.

Babies were crying, attendees – whether standing or crammed on backless bleachers–were weary, and bladders were challenged. There were choruses of groans during my introduction.

I was determined to confine my remarks to three minutes….

Surveying the audience, I spoke thusly: “I know it is tiring for you in the back to stand up, the difficulty faced by bleacher guests to sit up, and how late tonight our graduates intend to stay up. So, I pray God to know that I’ll know when to shut up.”

Before I began a two-hour drive back home, the principal apologized. He said he’d learned an important lesson that night….

Please click HERE to find Don’s humorous and inspirational memoir, When The Porch Light’s On. 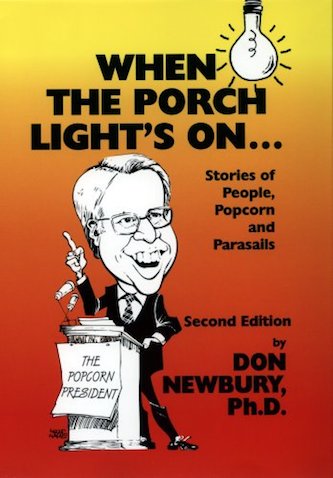