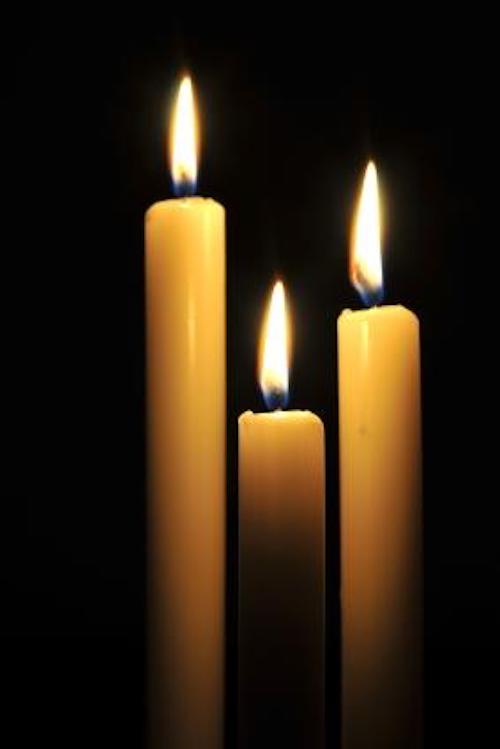 The Ukrainians are paying a great price, spilling much blood to maintain the democracy they have come to greatly value.

It’s a reach, of course, to recall a melody popular with the free world in 1942. Somehow, I do, and “Googling” the title revealed lyrics tucked away in a five-year-old’s memory rekindled 80 years later.

World War II was in its early years. Adults were understandably concerned that atrocities might reach our shores. Bravery, courage, and sacrifice came quickly into play, and military leaders knew that the heartbreak and sheer terror of war would not end soon.

It was a song of hope, its message seized as welcome light to penetrate the darkness of the times. A few readers – grayest of hair and longest of tooth – may recall Vaughn Monroe’s rendition of the song, “When the Lights Go On Again All Over the World.”…

Freedom prevailed following the world conflict that raged until 1945. Thankfully, the atomic bomb tilted the outcome our way.

There was literal darkness during the war. In England–as well as several other countries–lights were extinguished to hinder nighttime aerial raids. Millions hunkered down, hopeful that their prayers, sacrifices, and bravery would somehow prevail.

It would be a good thing to revisit the words of this song, the message of which is sorely needed by the world today. At the forefront of our prayers are the brave people of Ukraine who are doggedly resisting the onslaught orchestrated by Russian President Vladimir Putin to smite them from their homeland….

The Ukrainians are paying a great price, spilling much blood to maintain the democracy they have come to greatly value.

Surely, they are worthy of our support, and surely their resolve and fortitude will cause most countries of the world to condemn war crimes that are inhumane by any measure.

We are stirred from our complacency, wondering if we in America would be willing to dig in and defend our homeland. The Ukrainians are rallying behind President Volodymyr Zelenskyy, whose bravery inspires not only his people but also freedom-lovers around the globe….

Zelenskyy’s resolve brings to mind Dr. Guy D. Newman, who was my college president in the 1950s. In stirring chapel addresses, he warned of communism becoming the greatest threat to democracy.

Few days pass but that I think of the short poem he quoted during a 1957 chapel address. (I quoted it in this space recently, but again, the anonymous piece seems to fit.)

“No one escapes when freedom fails. The best folks rot in filthy jails. And those who scream ‘appease, appease,’ are hanged by those they tried to please.”….

Again, I’ve taken a side trail. Digression may be attributed to senility, but likely can be traced to conditions dating back to our youth.

My original intent was to identify an old song that might be helpful to Ukrainians today. Assuming it unlikely that very many folks will take the time to Google the song, please allow me to revisit the lyrics:

And free hearts will sing when the lights go on again

All over the world….

What a nostalgic trip in recounting a song from pre-school years!

For our family, even primitive television was still 15 years away, so we welcomed sounds booming from a large wooden cabinet housing the radio.

At times, we stared at it, bewildered by its technology. It gave us President Franklin Delano Roosevelt’s fireside chats, Kate Smith’s patriotic renditions, and even goofy songs like “Boogie Woogie Bugle Boy.” Hearing that lively tune at mealtime, we’d sometimes spill our food. And those frozen radio dinners were expensive….

Please click HERE to find Don Newbury’s inspirational and humorous memoir, When the Porch Light’s On. It can be found on Amazon.