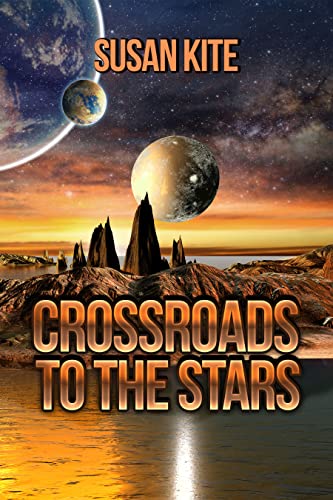 Susan Kite is an Army brat; which means she grew up everywhere.

She dabbled in writing when she was younger but didn’t get serious until her children were grown. Now it is a contagious disease and she doesn’t want to be cured!

My House of Dreams was written after several visits to the Mission San Luis Rey. A science-fiction novel, The Mendel Experiment, was published in April 2015 by World Castle Publishing. The sequels, Blue Fire and The Power Stone of Alogol, followed. These stories feature mutants and their quest to be accepted as they are.

Realms of the Cat is a middle-grade fantasy about cats and dogs working together to save a little girl. Moon Crusher relates the adventures an 1829 California boy kidnapped by aliens.

Soon to be released by Doodle and Peck is a children’s tall tale, The Legend of Billy Bob Flybottom.

The author lives with her husband in Yukon, Oklahoma, and they are owned by an opinionated chiweenie-terrier and a manic black cat.

Crossroads to the Stars

Old moon colonies are rebuilt and settlements established on the far planets. Major Kendra Manning is put in charge of the new exploration corp.

Then she’s called to the moon to help open a newly discovered base; one that wasn’t built by humans.

The alien base becomes a treasure trove of scientific discoveries—but will these marvelous finds bring humanity the stars or death? 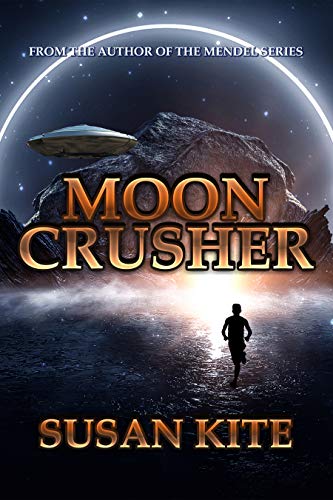 Fourteen-year-old Diego only knows the rolling hills and pastures of his father’s hacienda in 1829 California.

His peaceful, simple life is shattered when aliens invade, and Diego is captured by reptilian warriors.

He is now a slave on a huge spaceship surrounded by technological advances not yet imagined. Unable to communicate, Diego struggles to survive and gain the respect of his captors.

When trouble comes, will he be able to unite his fellow slaves to fight a more deadly enemy, or will he betray the trust of Ziron, the ship’s commander?

And will Diego regain his freedom and eventually return home to Earth?

Read more about Susan Kite and her novels at Indie Book Source.