The Story Behind the Story of Offsides 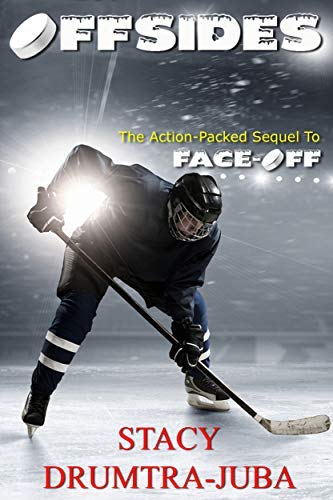 This was one of the strangest, most rewarding, projects I’ve ever undertaken as I had such a unique collaborator–my teenage self.

Twin hockey stars T.J. and Brad have finally resolved their differences and forged a friendship on and off the ice. Now high school seniors, they focus on landing a commitment to a D1 school.

What should have been the best year ever takes a nasty hit when the boys’ parents announce their divorce, and Brad makes a mistake that could impact his game eligibility. Meanwhile, T.J. faces off against their father, who opposes his decision to delay college and pursue junior hockey.

Adding to the tension are a rebellious kid brother, girlfriend trouble, and recruiting pressure. The turmoil threatens to drive the twins apart just when they need to work together the most. With a championship title and their futures at stake, T.J. and Brad must fight to keep from going offsides.

The story from Stacy Juba:

This was one of the strangest, most rewarding, projects I’ve ever undertaken as I had such a unique collaborator–my teenage self. My first novel, Face-Off, was published in the 1990s when I was eighteen. I wrote it during study halls when I was sixteen and entered it in a contest for teenager writers.

To my shock, it won and received a contract from a major New York publisher. Once the book came out, the fan mail started arriving. I received letters like this:

“I loved it because I love hockey. The story kind of relates to my family because I have a twin and two younger brothers . . . can you please make a sequel?”
– Matthew from Vermont

“Face-Off was a great book. The reason I picked it out was because it was about hockey. I think that there should be a sequel to it.”
– Wesley from Maine

“I would really enjoy another one of your books. The book you wrote was the first book I ever sat down and read the whole thing. I don’t read much, but this time I did.”
– Richard from Missouri

“This is, by far, one of the best books I have ever read. Face-Off has an excellent climax and a superb plot . . . This is one book I think every hockey fan should read. Your book shows how in hockey, it’s not a one-man show and it takes a whole team to win. I know a sequel to Face-Off would be great. I couldn’t change any part of this story to make it better if I tried.”
– Adam from Ohio

So, in 1993, I decided to write a sequel. I finished the first draft of Offsides when I was twenty, a college sophomore. But when I submitted it to the publisher, there had been a major restructuring and my editor was gone. No one there remembered Face-Off as I got rejected with a form letter. Then I sent the story to other publishers. They weren’t interested in a sequel to a novel published by another company. Since no one would publish it, I put the book in a drawer.

Fast forward to 2011. After years of working as a reporter and continuing to write fiction, I was back in the publishing game with two adult mystery novels and my young adult supernatural thriller. Thanks to the growth of ebooks, there were many more opportunities for authors than there had been in the 1990s.

Since Face-Off was only available from used bookstores, I self-published a second edition. It immediately started selling, and I vowed to publish Offsides also. I hired a company to scan my old manuscript into a computer so I could work with it again.

The book needed a lot of rewriting. I began researching junior hockey and Division 1 scholarships, but a family health crisis in 2013 hit me hard, and I stopped writing. When the words finally started flowing again, my muse was directing me to write my romantic comedy series for adults. I needed to write something light and funny.

But I couldn’t stop thinking about my old friends Brad, T.J., Chris, and Jory, especially since mothers and grandmothers kept emailing me to ask about a sequel. Suddenly, I was inspired to go back to it before another generation outgrew the book.

Once I got going, writing in the voices of the McKendrick boys felt totally natural to me. The twenty-five-year wall disappeared and it was as if no time had passed. Over the next six months, I rewrote every single word. I’m grateful to my teenage self though, as she provided the basic outline. My adult self-fleshed it out and improved the writing. I have to admit, it was fun giving the boys cell phones and showing them texting and on social media.

It was also interesting as my original “outline” was penned by a teenager, but when I was rewriting it, I had a parent’s perspective. Part of Face-Off’s charm is that it was written by a teen for teens. With Offsides, it was neat to have my teenage self-collaborate with my adult self and to blend both perspectives.

I’d very much appreciate reviews and any help spreading the word to families whose teens and tweens might welcome a hockey novel. I hope reading the Hockey Rivals books brings as much enjoyment to your family as writing them did to me. 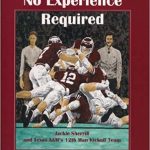