Seb Kirby: One of The Top 50 Indie Writers You Should Read 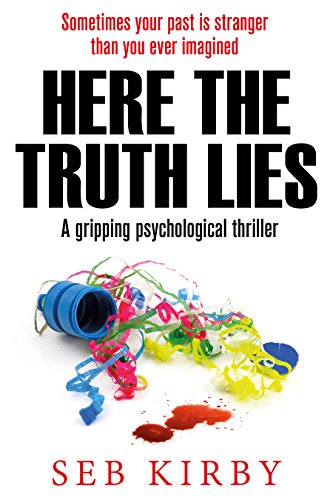 Seb Kirby is the author of the James Blake Thriller series (TAKE NO MORE, REGRET NO MORE and FORGIVE NO MORE), the psychological thrillers EACH DAY I WAKE, SUGAR FOR SUGAR and HERE THE TRUTH LIES, and the sci-fi thriller DOUBLE BIND.

An avid reader from an early age – his grandfather ran a mobile lending library in Birmingham – he was hooked from the first moment he discovered the treasure trove of books left to his parents. Now, as a full-time writer, his goal is to add to the magic of the wonderful words and stories he discovered back then.

He lives in the Wirral, UK. 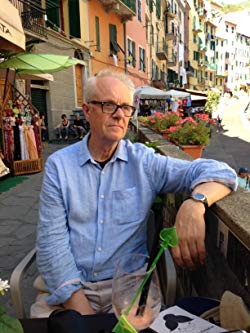 Sometimes your past is stranger than you ever imagined

Emma Chamberlain has a consuming ambition – to prove the innocence of a convicted murderer sentenced to life. But the more she digs into the evidence, the more she is forced to confront threatening secrets about her own past that lead her to the ultimate question – who is Emma Chamberlain?

What readers are saying:

“Loved it! I really, really enjoyed this psychological thriller, it was cleverly crafted, suspenseful and I’d love to read more by this author, would I recommend? Definitely!” (Miriam Smith) 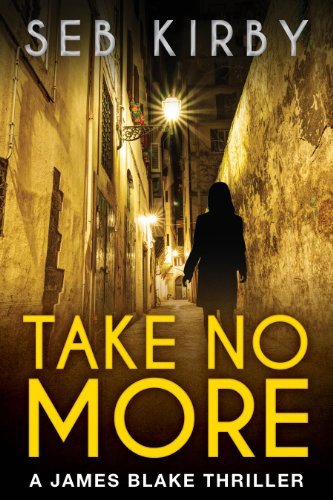 When James Blake discovers his wife murdered in their London home, he is determined to find her killer. As the prime suspect, he flees England and sets out on a journey that takes him to Florence and Venice and into a dark underworld of corruption, a trail that will lead him to the killer – and the shocking truth behind the mystery.

Praise for Take No More:

‘Wow! This is action-packed from page one, and the reader is instantly thrust into murder, suspense, and intrigue…… I’d recommend this to anyone who enjoys a great crime thriller! And fans of Harlan Coben and Simon Kernick will love it!’ – (International bestseller Sibel Hodge)

‘It was a few pages before I realized what I was reading: a sort of modern noir. I walked in the hero’s shoes, was privy to his thoughts and intruded on his emotions as he was drawn into the mystery of his wife’s death. Kirby’s spare yet rich prose, his perfect word choices, made this a work that appeared to be effortlessly constructed. That seamlessness is the hallmark of a gifted writer. Definitely recommended.’ (International bestseller Rebecca Forster) 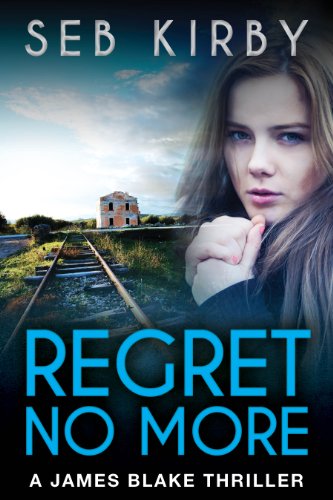 James Blake and his family were safe – until he received the phone call that meant they knew where he was. A stolen Picasso lies at the root of an international conspiracy that reaches from London and Florence to Washington, Austin, and Tijuana and into the life of a prominent US politician with devastating consequences not just for him but for so many of those caught up in the crime.

Wolfgang Heller, a ruthless assassin, is seeking to eliminate those who have any knowledge of the theft. James Blake must come out of hiding and face the threats to his family by putting himself and his brother on the line.

Reader reviews at amazon.com for REGRET NO MORE:

‘A tense and exciting thriller…..If you enjoyed Take No More you really have to read this one!’

‘A Stellar Mystery Thriller…. gripping, intense, and captivates the reader to the end. Author Seb Kirby is an outstanding author who knows how to write what I think of as a classic action-packed thriller.’ 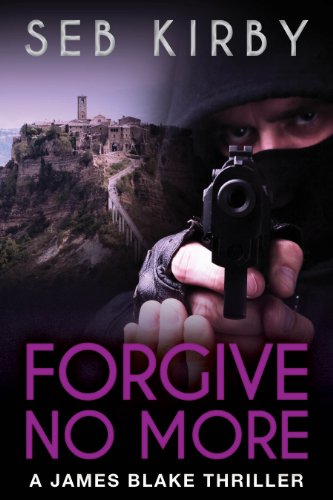 James Blake and his family can only be safe if the truth about the conspiracy threatening their lives is brought into the full light of day. Follow James in this intriguing thriller as the conspiracy widens and he must return to Italy to confront those seeking to destroy his family.

Forces from around the world, from Washington and Tijuana to Munich and London, are ranged against him. As the mystery comes to a resounding climax, he discovers that dark secrets have survived down the centuries and are in the hands of those who threaten all those dear to him.

What reviewers are saying about FORGIVE NO MORE: 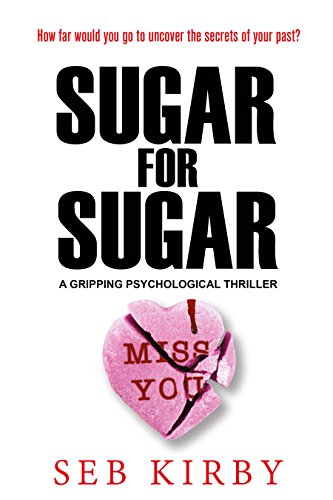 Issy Cunningham has made a new life for herself but that’s all about to come crashing down.

If only she could recall what happened that Valentine’s Eve, she would be able to tell the police what really took place.

But those memories won’t come because there’s too much in the past that troubles her.

How can she set the record straight when her past won’t let her be?

What reviewers are saying:

Fast-paced thriller. Short, punchy chapters which kept me wanting to know more…well researched and well written, with a particularly interesting main character. This book kept me guessing… I was unsure which of the characters I trusted and was surprised at how the story ended….and books are always best when you don’t see things coming! Dawn

Exciting read. This book just kept me turning the pages, something happened in every chapter. A complete page turner. Terry Heth 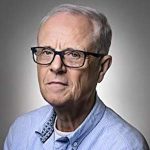 Seb Kirby: One of the Top Ten Thriller Writers You Need To Be Reading