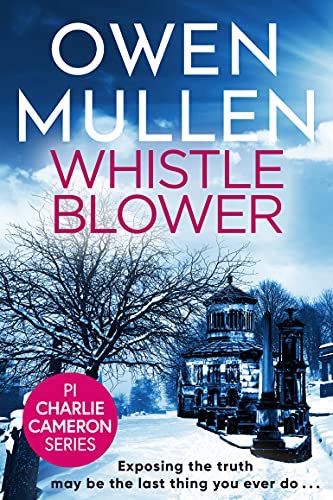 When Charlie’s investigation gets tangled up with Sean’s business dealings, someone’s going to need a doctor…or an undertaker.

When a medical whistleblower goes missing, private investigator Charlie Cameron agrees to take on the case.

Gavin Law exposed a tragic case of medical malpractice but now he’s missing. It’s just another case for Glasgow PI, Charlie Cameron until he comes to believe Law was murdered.

Did the disgraced surgeon abandon his sacred oath to become a killer? Or did the hospital itself have Law permanently silenced? As Charlie digs deeper, he discovers just how bad the world of medicine could be for his health.

Across the city, gangster Sean Rafferty is preparing to exploit the corrupt city council through a multi-million-pound leisure development known as Riverside. The project will be good for Glasgow.

But not everybody is keen to work with Rafferty. With more than money at stake, Sean will do anything to get his way. So, when Charlie’s investigation gets tangled up with Sean’s business, someone’s going to need a doctor…or an undertaker. 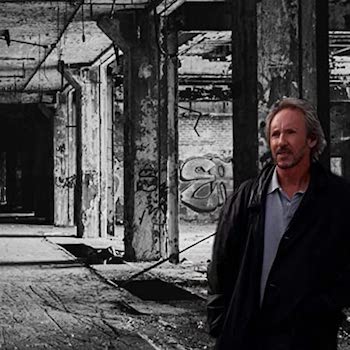 At sixteen, you could do things older people couldn’t do – like run – that left a helluva downside; the best part of a lifetime to regret. And everybody makes mistakes.

The boy threw a last victory wave at us, grinning like the cat that got the cream. From where we were, it was too far to be certain what exactly happened next. Tripped or slipped, I couldn’t say, but Bell went over and didn’t get back up.

We started running. When we got there Dougie was sitting on the ground, holding his ankle, blood oozing from his nose, his trousers torn at the knee. He looked through the crowd gathered round him, saw us, and blurted an unasked for confession.

‘Not sure I believe you, Dougie. Even if I had the foggiest idea what you’re talking about.’

His expression creased in confusion. ‘So why’re you chasing me?’

‘Why’re you running? Your father needs to speak to you.’

He realised we weren’t who he thought we were and assumed the surly default position his age group kept for adults; expressionless face; monotone voice. ‘He can fuck right off. I’m not interested.’

Patrick helped him to his feet. He winced, clearly in pain. My guess was a sprain rather than a break. Painful, not serious.

Pat said, ‘Think you’re out of the big game on Saturday, squire.’

Joseph Bell’s number was unobtainable. Of course it was. He would be at the hospital with his wife. I sent a text and two minutes later he called me back, sounding relieved when I told him I had his son. The son glared defiance.

Patrick told him to shut it, and I spoke quietly into the phone. ‘How are things, Mr Bell? Any change?’

We helped the boy walk to St Vincent Street, supporting him between us until a taxi stopped. Pat Logue and Bell got in the back. I spoke to the driver and paid the fare.

Dougie didn’t ask where he was going. His father was waiting at the Royal Infirmary with news that would devastate him. Whatever the outcome, they would have to deal with it together, and it wouldn’t be easy. Maybe it wouldn’t even be possible.

Finding Joseph Bell’s son was my last piece of work in what, in many respects, had been a good twelve months for me. Most of my cases had come out all right. Of course there were exceptions. Shit happens and that’s a fact. Sometimes, there’s just nothing you can do.

The door closed and the black cab drove away, leaving me on a pavement in the centre of Glasgow with the world turning to ice around me.

I stood on the steps outside the Concert Hall, behind the statue of Donald Dewar, and followed the lights on Buchanan Street to St Enoch’s Square in the distance. It was five minutes to five now, and the flagship department stores and up-market shops were closing. Most people had gone home to get ready for midnight; only stragglers remained. A lone piper in full Highland dress, stood at the entrance to the underground – known locally as the Clockwork Orange – a phantom in the snow that had started to fall, playing a lament that hung in the air. Bagpipes weren’t my favourite instrument but their sound touched something in me. I closed my eyes for a moment and listened.

Scotland invented Hogmanay and tonight, all over this country, Scots would say goodbye to the old year and welcome the new with handshakes and songs, laughter and tears. Auld acquaintance would be forgot and never brought to mind as sadness gave way to hope, and the promise of a clean slate. A fresh start. A chance to try again.

Who didn’t wish for that?

Pat Logue was right: Robert Burns was a genius.

Of course it wouldn’t last. It wasn’t supposed to last. But while it did, it was magic.

The piper was putting his pipes away – he’d been a brave man to stick it out so long. Later, he’d be in big demand. I wandered into Buchanan Galleries for a final few minutes of window shopping. When I came out, the brave man had gone, and the city was a white desert.