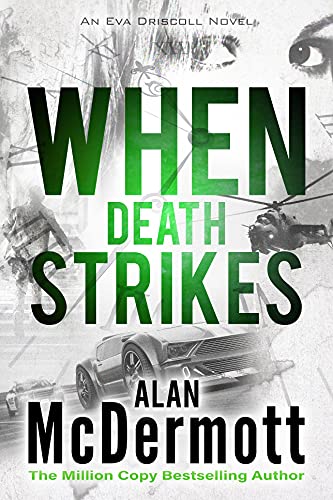 Review: You could not ask for a more exciting tense thriller than this one. No wasted words just non-stop tension in the midst of a deadly mission.

Eva Driscoll and Simon ‘Sonny’ Baines are living the good life. They have money and each other, but most importantly, their enemies think they are dead. Their new life is shattered when a barroom brawl thrusts them back into the spotlight, and they must evade a psychotic cartel boss and his skilled tracker if they are to survive.

But those are not the only dangers they face. Eva and Sonny must battle their way through unforgiving landscapes, but just when they think they are safe, their world turns upside down once more. Tom Gray and his daughter, Melissa, are keeping their heads down in a small Canadian town. Life is good, if not a little boring until Melissa is targeted by a school bully.

That seemingly innocuous encounter leads the ESO to Gray, and this time there’s nowhere to run.

When Death Strikes is the fourth installment of the gripping Eva Driscoll series from million-copy bestseller Alan McDermott. 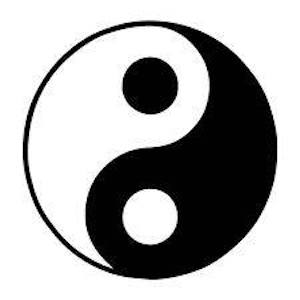 There didn’t appear to be any table service, so Sonny returned to the bar to place their order. As he waited to get the bartender’s attention, three men walked in. The first was huge, with shoulder-length black hair and a formidable build. The giant’s two companions were smaller but looked equally menacing.

The young bartender acknowledged them with a nod of the head and popped the tops on three bottles of beer. He placed them on the bar and put three glasses and a bottle of whiskey next to them before returning to the person he’d been serving.

Sonny waited patiently for his turn, then ordered the food and a couple more beers. When he turned to take the drinks back to the table, he saw the giant and his friends hovering around Eva.

He was used to guys hitting on her, but this time it was different. The way the bartender had dropped everything and rushed to serve the trio suggested they had influence, and as they didn’t look or dress like politicians or officials, that left only one explanation: they were trouble.

Most men walked away when they discovered that Eva was with him, but Sonny expected it would be different this time. The three newcomers looked like they could handle themselves, and he suspected they were used to getting what they wanted.

Sonny decided to use his two-stage approach to the problem. He’d hit them with the Baines charm, and if that didn’t work, he’d resort to swift and extreme violence. Despite being outnumbered, he had the advantage of surprise. They wouldn’t see him as a threat because of his size, and he figured he could take two out before the third knew what was happening.

He just hoped it wouldn’t come to that. Though the idea of a barroom brawl was tempting, Sonny was starving.

The trio looked at him, but Sonny’s eyes were on Eva. He saw her point a foot at one of the men, indicating which one she would take if things kicked off. That left Sonny with two targets, one of them being the big man. He was obviously the ringleader, and Sonny figured that if he took him out first, the others would soon cave in.

“We want to buy the lady a drink,” the big one said.

Sonny knew he had more than that on his mind. He held up the two bottles. “She already has one.”

One of the goons stepped between Sonny and Eva. “Go now, while you can.”

The decision was made, and it was the outcome Sonny had expected.

Dinner would have to wait.

Sonny brought his left hand up and smashed the bottle against his opponent’s teeth. Blood erupted from the mouth, and Sonny followed up with a punch to the throat. The man fell, clutching his neck, and Sonny turned to the next one, the leader of the trio.

He was a fraction slow.

A sledgehammer blow caught Sonny on the temple, knocking him off his feet. He went flying over a table and landed heavily on his back. Sonny had never been hit so hard in his life. He struggled to clear his head. His vision swam, but through the fog he could see Eva taking on her opponent. Sonny watched her deliver a roundhouse kick. The man parried, he stepped closer and launched a punch to her head. Eva stepped to the side, evading the fist, but the man followed through with his elbow. It struck her temple, and Sonny saw her stagger against a table. She managed to regain her balance, but her opponent kept coming. He swiped her legs from under her, and Eva had nowhere to go but down.

Seeing his lover lying winded, Sonny knew he had to get back in the fight, and quickly. He pushed off the floor, onto his knees, but as he tried to get to his feet, a black boot flew toward his head, striking him under the jaw and catapulting him into darkness.

Please click HERE to find When Death Strikes on Amazon.