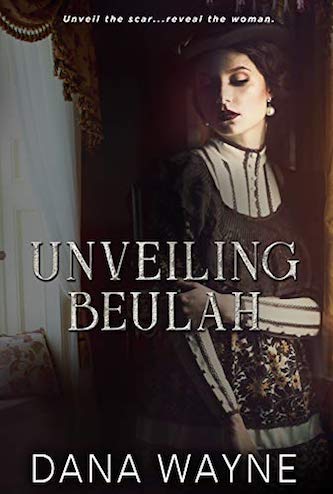 When the past and present come together, will their love be strong enough to stop the collision from destroying their future?

She’s Running From the Past

The jagged scar on Bea Lockhart’s face never lets her forget she’s damaged goods, unsuited for marriage or society. Hidden in the shadows, she efficiently runs her father’s fashionable New York mercantile, and it becomes the place for the social elite to shop.
But her soul cries out for more, making her easy prey for a handsome rogue who destroys her trust. Shattered, she flees to a small town in Texas.

He Wants a Family

Lucian Moreau was raised by his wealthy, unsympathetic grandfather. An educated world traveler, he had everything a man could want. Except a family.

When his grandfather proposes an arranged marriage between two powerful New York dynasties, Luc agrees, believing the union will provide what he lacks.

Instead, betrayal forces him to see the charade his life has become. Angry and hurt, he leaves everything behind to start over in Texas.

Past and Present Collide

Haunted by deception and a lifetime of loneliness and rejection, these two lost souls find love at last.

But when the past and present come together, will their love be strong enough to stop the collision from destroying their future?

Ever since the accident when Bea was thirteen, she stoically endured her mother’s declaration that the scar somehow made her unworthy of love or even affection. Tutors and other household staff tried to fill the emotional void caused by her parents’ coldness.

But, thanks to her grandmother’s steadfast love and support, Bea managed to grow up relatively well-adjusted but painfully shy. Her sudden death eight years ago left Bea inconsolable for weeks.

Until that surprise visit from Granny’s lawyer. The sizeable and unexpected inheritance provided a much-needed boost of self-confidence and initiated a series of long-overdue changes. The first one being her refusal to relinquish control of the money to her father, who believed women in general, were ill-suited for such things.

Thanks to the guidance and support of her late grandmother’s lawyer and banker, Bea discovered she possessed a shrewd head for business. Using her beloved grandmother as inspiration, Bea began to consider a future away from New York and her parents.

Still, after years of being told she was somehow defective, it took time to gain the confidence to not only venture outside the home but convince her father to teach her how to run his fashionable mercantile, albeit from the back rooms. The only reason he relented was her mother’s declaration that since Bea was completely unmarriageable, “She may as well make herself useful.” Under Bea’s leadership, Lockhart’s quickly became the place for the social elite to purchase whatever the most current rage happened to be.

Until disaster struck in the form of one Edmund Wilshire Abernathy III. Surprised and flattered by the handsome aristocrat’s attention, Bea fell hard and fast. Three months later, they became engaged.

Even now, her face burned with shame as she recalled the debacle. One would think a woman thirty years of age would be smart enough to see past the smooth-talking Englishman to the scoundrel lurking beneath the surface.

Thankfully, Bea ignored her mother’s insistence she grant Edmond control of her finances before they married. Otherwise, he would have likely squandered it all on his worthless schemes before his real character became known. Some of her parents’ friends and her father were not so lucky.

Image was everything to her parents, and the subsequent scandal rocked their world. They placed full blame on Bea for the debacle, despite the fact it was her father who brought Edmond into their home and encouraged their relationship and subsequent engagement.

That disastrous event set her feet on the path she now trod.

She wasn’t surprised when her parents’ first concern upon hearing of her plan to leave was if she intended to replace the money Edmond swindled from them.

She suffered no qualms in refusing their request.

The screech of the train’s whistle interrupted her musings. She stiffened her back and inhaled. The past is gone. My future starts today.

The steam engine’s dirty window and swirling smoke obscured her view as the train rolled to a stop.

She allowed herself only a moment’s hesitation before rising to meet her future.

Bea turned to the gruff voice behind the counter to her right.

An older gentleman, reed thin and slightly stooped, squinted at her with faded blue eyes. A thick wool overcoat hung on his wiry frame, and a scraggly beard covered a weathered face.

“I’m looking for the station manager or someone who can assist me.”

“Well, depending on what you need, I reckon that’d be me.”

She took a step toward him and deliberately let the veil slip to show the scar.

She stepped closer and turned her head to inspect the small space. “Mr. Upton, I wonder if I might temporarily store my things here. Or is there someplace else I should take them?”

“How much stuff you talking about?”

“A couple of large trunks and some boxes.”

“How long is temporary?” His toothy grin was charming.

She returned the smile. “Just until I get set up in town. Shouldn’t be more than a couple of days.”

His finger made a raspy sound as it raked against his bearded cheek. “I reckon that’d be all right.”

“Perhaps you could see that the smaller trunk is taken to the hotel.” She paused, and one gloved finger tapped her chin. “Or maybe I should check to see if they have a room first.”

“Miss Lizzie will have room. Ain’t nothing going on this time of year. I’ll get it sent over for you. What name do I give her?”

“Bea Lockhart, please. And thank you for your assistance, Mr. Upton.” She turned for the door and stopped. “Oh, can you direct me to the general store, please?”