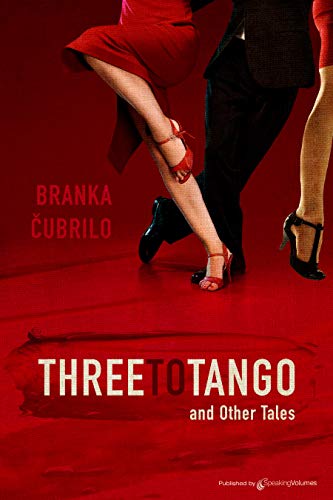 She takes the role of an intrigued observer witnessing the unfolding drama where the dance floor reveals a theatre of the absurdity of human nature.

Unprepared for surreal and outlandish relationships she takes the role of an intrigued observer witnessing the unfolding drama where the dance floor reveals a theatre of the absurdity of human nature.

The other stories explore the profoundness of human psyche where joy, suffering, humour and even madness can all be found. Encounter stories about cult escapees, an incompetent lawyer, a liberated husband, a case of mistaken identity and the serendipitous nature of synchronicity.

Lillian Liola scooped her hair on the back of her head with a golden clip. She lifted her head up and glanced at the reflection of her image in the mirror from the left side. Head held high. The last touch of lipstick: red against her pale skin; yes, red against her pitch-black hair and eyes. She buttoned up a blouse which was almost transparent, so one could easily see the contours of her laced bra. She lifted her chin up again, and looked at her image in the mirror, this time from the right side. She smiled. She almost looked like Eva Ruiz Alonso.

The first time Lillian Liola heard that name was when she was about seven years old. Someone said to her mother:

“This child of yours, I can tell you, she is going to be the spitting image of Eva Ruiz Alonso.”

“Shush! Don’t say that. Don’t put that nonsense in her head.”

“To look like Eva Ruiz Alonso could be only a pride, what’s wrong with you, woman?”

“Don’t put rubbish into her head. Go home and talk rubbish to your own.”

It was obvious from such a statement that Lillian Liola’s mother was angry; if one knew Eva Ruiz Alonso, then one could easily conclude Lillian Liola’s mother could have even been jealous. Lillian Liola’s mother wasn’t a woman that someone would call pretty. She was stocky, dark-haired and her hair grew everywhere uncontrollably, her eyebrows looked like one long bushy caterpillar stubbornly nested above her eyes. Even from a distance one could notice the excessive hair above her upper lip, and that wasn’t a sign of feminine beauty. Her voice was harsh, movements sudden and jerky, therefore she appeared angrier than she really was.

When Lillian Liola turned seven, she had outgrown her mother, which was not really something unexpected or difficult to achieve, for her mother was, as I already said, a short, stocky woman.

At around seven, it was obvious that Lillian Liola was not going to look like her mother. She grew tall, taller than her peers; she was a willowy creature with long, long legs crafted by an invisible yet masterful hand. Her hair was thick, dark but obedient, hence it grew in abundance in the right places. The colour of her eyes matched the finest shade of the colour of her hair. It looked as if she didn’t have pupils instead there was a big round black marble in each eye, thick and mysterious, it was obvious that this black pool was going to be a lake that would hold the deepest mysteries usually reserved for a select few. Her neck was slender and long and the earlobes small, measured to create and emphasise perfection. The perfection she was never aware of, no one ever told her she was pretty or that she was going to be beautiful. Her movements were always slow, measured, and she appeared as if she were dancing whilst walking or even doing the dishes or any other mundane chore.

She never managed to hurry up, for she had deep peace within her. She never stopped daydreaming, for she didn’t know any other way of existence. She never got down to earth, for she was absolutely content on the level of her existence whatever it could have been called, and she never stopped pretending, for her eyes never saw ugliness … endless beauty resided in her eyes.

“Stop asking silly questions and hurry up, we have work to do. Go, child, go!”

Lillian Liola’s mother couldn’t prevent her from growing up and turning into the image of Eva Ruiz Alonso.

When Lillian Liola was eleven years old, she became aware of the way young boys were ogling her. They would stare with an open mouth frozen in the moment. The reaction she provoked at that early age just deepened every year, and those reactions brought a lot of fun to her. She would internally laugh at the boys or young men who lost their cool upon seeing her.

When Lillian Liola was fourteen years old, she was absolutely aware of the impact she had on people, particularly on young men. She played with their emotions as if they were material things which she could move, freeze, manipulate, transport or break wherever she wanted. At that age, the age of fourteen, once again she heard the remark:

“You look exactly, I mean exactly the same as Eva Ruiz Alonso.”

“Seven years ago, our neighbour Angelita said to my mother that I was going to be a spitting image of Eva Ruiz Alonso. Who is she?”

By that age, she was the tallest girl in town; she could easily pick camellias from high branches and tuck them behind her ear.

She would lock herself in the bathroom where, on the mouldy wall, was an old, blurry on edges mirror taped to the wall with two pieces of duct-tape, and she asked the mirror like Snow White would: “Mirror, mirror on the wall, who is the prettiest of all: Eva Ruiz Alonso or Lillian Liola?”

On a few occasions after such questions the mirror fell off the wall but it never broke in a million pieces, for it was a cheap mirror made of smeared aluminium. She would just simply pick it up and stick it back onto the wall with a mischievous yet mysterious smile on her cherry-like lips.

She knew the heaviness of the question imposed on the mirror, and as the mirror was made of cheaply smeared aluminium, it didn’t know how to handle Lillian Liola’s beauty. It appeared that the mirror almost knew Lillian Liola was placed in the wrong bathroom with a wrong mirror, asking the right question. Yes, the right question, for in the past thirty years no girl was born to match Eva Ruiz Alonso’s beauty.

One mild April afternoon, she crossed the road on the corner of the florist and the Gran Teatro on the other side when a young man approached; he grabbed her by her hand, she turned her face towards him and met his piercing eyes. He said:

“What the hell! Are you an incarnation of Eva Ruiz Alonso, or a mirage! You must be her long-lost daughter.”

“No, no. I am the daughter of Ana Mendez, the florist.” “I don’t know any florist in this city. Do you look like her?” “What? Like my mother! Not a bit. She is a stocky, short woman. She has teeth like a horse and her hair grows wildly everywhere, even above her upper lip.”

“And your father? You must have inherited these looks from someone?”

“I don’t know my father. I have never met him. My mother used to say that he died in a car accident, but I heard that she made up this story like the many others she had made up about him. I don’t know who he was. I heard from my grandma, in a heated conversation with my mum, that she slept with anyone just in the single hope to conceive a child, for no one would ever want to marry her. Isn’t that a horrible story?”

“Well, the story certainly is weird. You say no one was related to Eva Ruiz Alonso?”

“I heard it so many times – that I look like her. But I’ve never even met her. All I know is that she was pretty.”

“Pretty! Don’t insult her! She wasn’t pretty. She was the beauty of the century. No woman has had such beauty in the last several centuries … and now, you’ve come along, my Lord, how much you look like her.”

“I don’t even know what exactly she looked like.”

Please click HERE to find Three to Tango and Other Tales on Amazon.