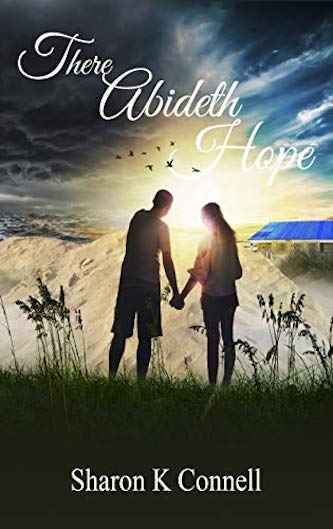 Rebellious teens, rave parties, and human trafficking add to the dangers as Lynne and her boyfriend try to help find a group of missing young people.

While attending the Naval Reserve Officer Training Corps program at the University of Illinois, Chicago Campus, Lynne Temple witnesses the murder of one of her professors, an execution orchestrated by a master criminal known only as The Piper.

Although his accomplices are convicted, The Piper escapes.

Upon discharge from the military, Lynne settles on the beautiful Gulf of Mexico in Pensacola, Florida, and finds love.

She also experiences déjà vu when an attempted murder takes place at the hospital where she works.

Is The Piper involved?

As a storm brews off the Gulf Coast, rebellious teens, rave parties, and human trafficking add to the dangers Lynne and her boyfriend Nick face trying to help authorities locate a group of missing young people.

Will they survive to see their new love grow?

Lynne Temple’s frame hit the wrestling mat on the gym floor. “Oomph!” She gasped for air as she leaped to her feet, resuming her fighting stance, arms extended, semi-flexed, gloved fists ready. “Bring it on, Jimmy Boy.” She squared off against her muscular opponent.

She and Jim circled each other a few feet apart. Her eyes locked onto his, tracking every slight movement.

He grinned. “Gotta watch that leg sweep, Sis. It’ll take down the best of them, especially when the kicker’s got the extra reach, like me.”

Lynne set her jaw and narrowed her eyes. At six feet, three inches, he towered over her. Why couldn’t she have been a little taller than five feet eight? She’d have bruises on bruises after this bout.

Although three and four years her senior, her brothers, Jeff and Jim, had always treated her as their equal. Too bad her brothers couldn’t get home on leave from the Marine Corps more often to help with her training.

“Oww! At least there’s not a dust cloud filling our nostrils like there used to be when we sparred in the barn back home.” One of these days, she’d get the better of him. “Remember the ballet lessons Mom insisted on for poise when I was in high school?”

Jim snickered. “Yeah. But they helped with balance and endurance.”

“Strengthened my bones too. Good thing, the way you guys tossed me around in that barn. But I loved it.”

He let out a bark of a laugh. “We never could get Mom to see how these exercises build character. But I’m glad you kept up with it. After seeing some of the guys who hang around campus, you may need these skills.”

Lynne’s shoulders and thighs throbbed from repeated collisions with the floor, but she resumed her position. “Come on, Big Brother. What are you waiting for? Afraid of your little sissy?” That should get him riled.

Her mind ventured back to a Midwestern summer day when the heat had turned the barn into a sauna. She and Jim had jabbed, kicked, blocked, and lunged. Sweat streamed down her face and drenched her gloves and rubberized sparring helmet as she’d weaved and parried. Black and blue marks on her body were common back then. Not so much anymore.

Lynne dodged another leg sweep. “Ha! Missed.” And Mom…dear Mom. She’d had a stern admonition for them when they got back to the house.

“You know, Jim? Should’ve brought a change of clothes to the barn out there on the farm. We could’ve jumped in the pond out back to clean up after we finished with our bouts. Mom would’ve never known.”

“Yeah, right. Keep telling yourself that, Lynnie. You know Mom.” He winked.

The siblings headed for the exit. “The Naval Reserve Officer Training Corps here at the university has been great. I’m excited about finishing next spring. I’ve prayed about it, and God’s given me peace. With Dad having been a Navy Corpsman, I knew he understood.”

Jim nodded. “They both stand by your decision.” He turned to her. “Just before I left to spend the day with you, Mom hugged me and said, ‘God’s kept you and your brother in His hand all this time. I guess He can take care of Lynnie too.’ It’s just hard on her.”

“Thanks for telling me that, Jim. Serving is something I have to do. After I pass my exams and finish my last year, which won’t be easy-peasy.” She passed through the door Jim held open. “This year at school has been the fun part. New friendships, studying together, pizza parties. And I’ve been close enough to go home often. It’s been a real adventure. Good memories. Not a sour note among them, so far.”

Please click HERE to find There Abideth Hope on Amazon.